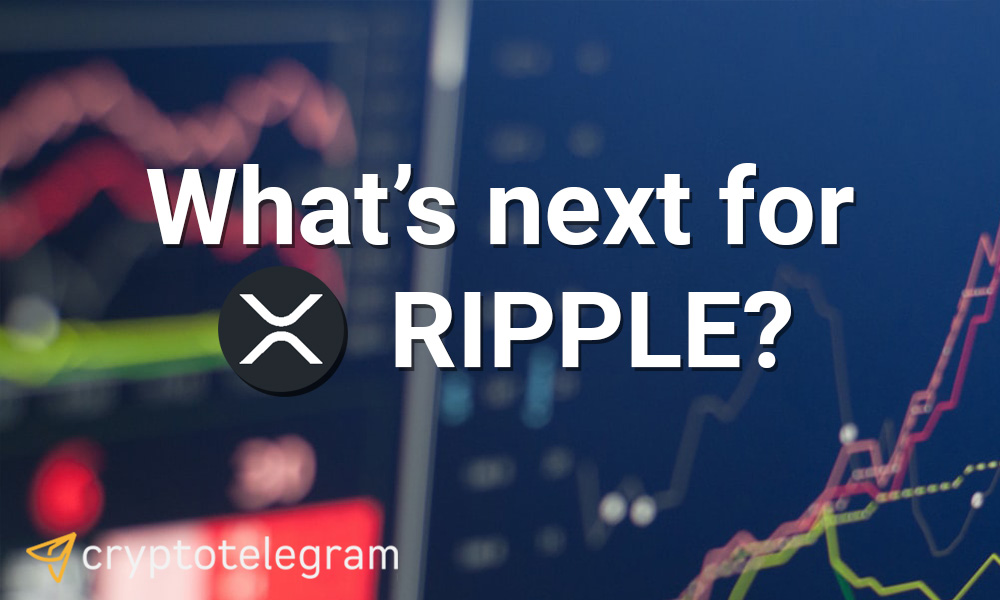 The Ripple price hasn’t been spared from the August 25 correction.

While the dip isn’t a surprise considering the spectacular performance of the past few weeks, today’s draw-down could offer better entries for hopeful bulls—and permabulls—who assess that the coin is under-performing.

Fundamentally, many secondary factors directly influence the price of Ripple.

One of them is the performance of Bitcoin.

The digital gold price has a direct correlation with altcoins, of which XRP features prominently.

Today’s contraction of Bitcoin prices, sliding from $50k, is subsequential to XRP and altcoins in general, causing pronounced retracements from August 2021 highs.

At the time of writing, the Ripple price, for example, is down seven percent on the last trading day.

Due to the fear of further gains, there is a spike in selling trading volumes heaping pressure on the coin.

Meanwhile, BTC is down just four percent. This amplification of altcoin losses is directly tied to liquidity—of which Bitcoin is miles ahead, superior to emerging and even legacy projects. 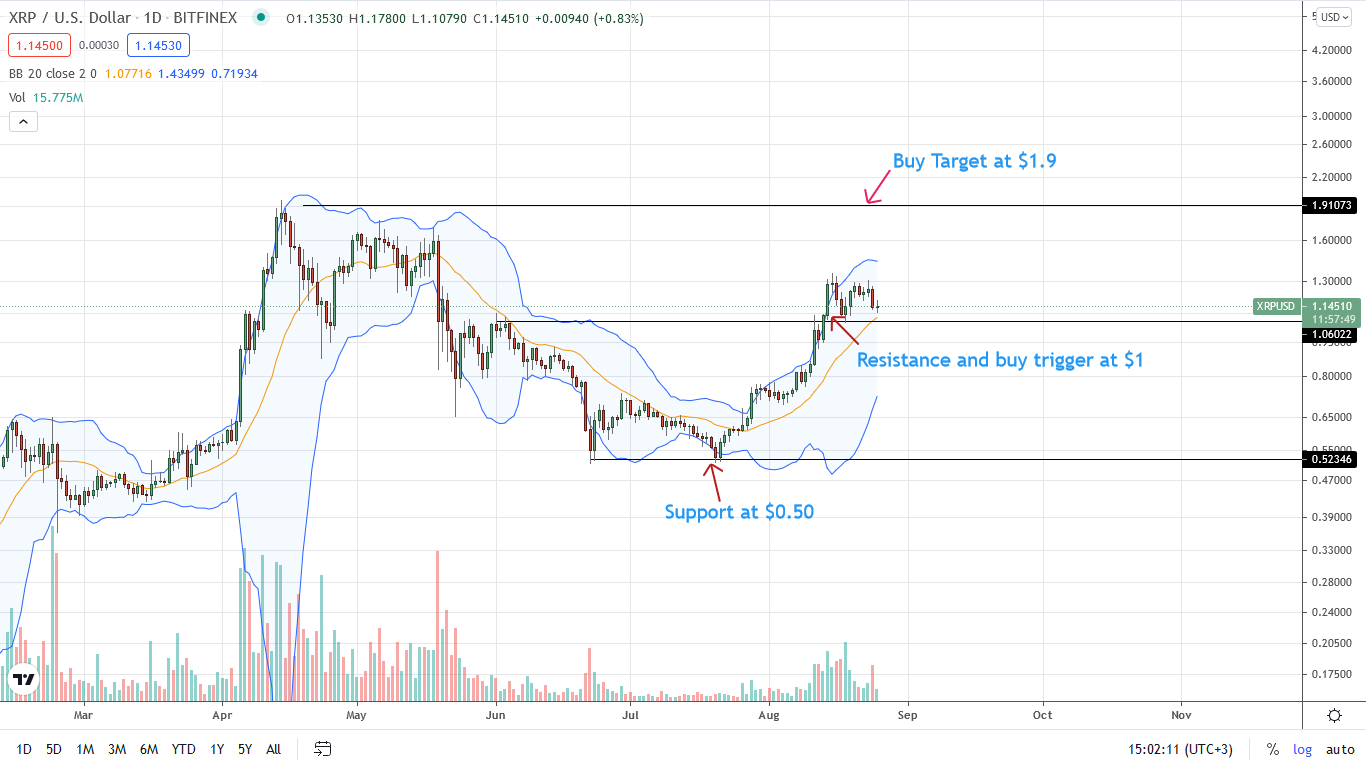 From the Ripple technical analysis of the daily chart, XRP prices are accumulating within a $0.35 zone with clear caps at $1.35 on the upside—August 2021 highs—and the psychological round number of $1 on the lower end.

The bearish engulfing bar of August 24 seemed to have forced buyers to the sidelines since there was a follow-through in the early Asian and European sessions.

If buyers emerge on top—of which Ripple traders are hopeful of panning out, — XRP prices could gallop head along towards $1.90 in a buy trend continuation pattern.

Investing in Ripple is Like Buying Amazon Stocks in the ’90s

This is precisely what one trader on Twitter thinks.

According to the Ripple bulls, investing in XRP is like investing in Amazon back in the ’90s. Those who did are deep in profits and their lives transformed.

The supporter bases his reasons on fundamental factors drawn from what Ripple as a solution presents. Ripple’s ODL—which uses XRP—could be the backbone of the trillion-dollar Forex market.

Earlier on, the Ripple supporter said he had “diamond hands” and won’t liquidate even in the face of selling pressure.

Retweet if you have diamond hands!💎

“Take a Breath and Relax”

Reading from the development in the daily chart, this is what one trader thinks is the most reasonable thing to do in the face of liquidation.

Technically, from price action in lower time frames, the XRP/USD price is trending inside a bull flag—a wedge. The trader observes that the Ripple price is reacting sharply from the lower support trend line despite losses. It is an encouraging move that could feed and revitalize buying pressure in the days ahead.

Nonetheless, XRP bulls must pick on these dips, ramping up and fanning demand to validate the bullish breakout pattern.

Another trader thinks the XRP price stands to reach $100 by the end of the year based on technical analysis on the weekly chart.

The analyst notes that Ripple prices are in the third wave of the 1-2-3-4-5 impulse wave projected to peak at $100. Afterward, Ripple will dip into a bear market for three years through to 2026.