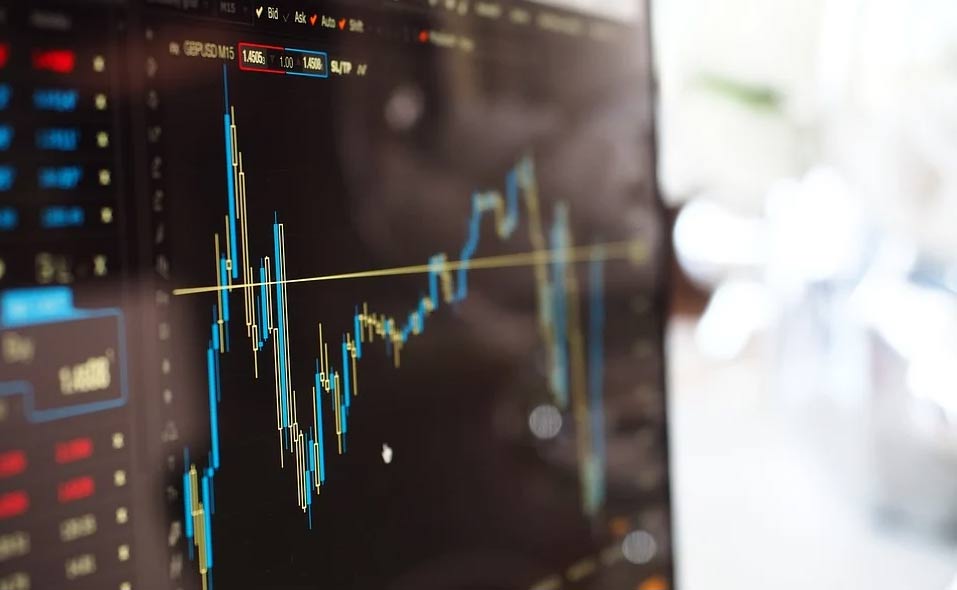 There is no doubt that Monero is resilient.

In the age of privacy—and the demand from end-users, the platform furnishes them with all their requirements.

What’s more, Monero is one of the earliest projects and thus enjoys the first-mover advantage.

The Campaign to “dismiss” Monero and the coin’s resilience

Even with the campaign to discredit Proof-of-Work networks—despite research revealing their advantages, the project’s developers are holding strong and continue to develop.

Monero is distributed, is free from ASICs, and is a utility for hundreds of thousands, if not millions of users from across the globe.

The combination of a perfectly decentralized base layer and transaction obfuscating technologies is the main value proposition of the network.

Still, Monero, Monero has risen above the chasm and is one of the most liquid coins, perched in the top 20.

As of writing, Monero is trading at $250, steady on the last day, and up roughly 26 percent against the USD on the last trading week.

At the same time, it is up double digits versus BTC, adding 17 percent. However, participation is tapering on the last trading day, shrinking to $366 million.

The Monero-BTC Atomic Swap is now live on the Mainnet, Historic!

The launch of the above feature, regardless of what the market says, according to chickenboye, is massive for Monero. 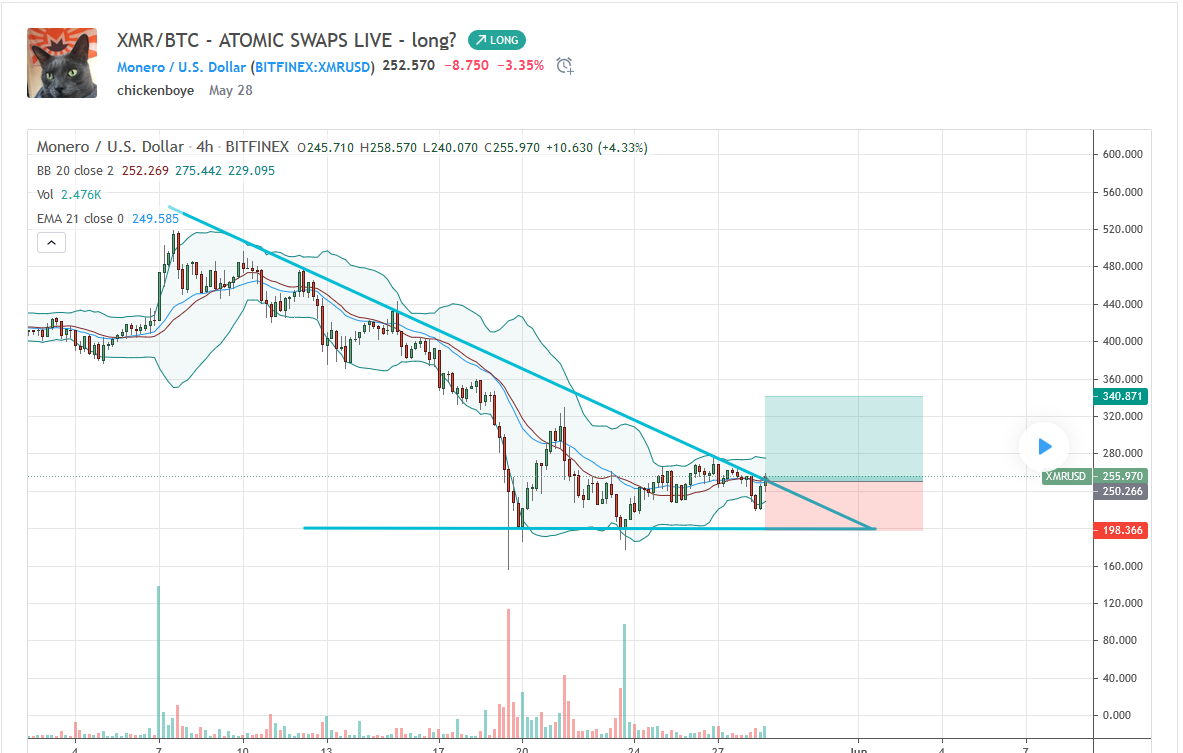 Atomic Swaps will mean trustless “swapping” of BTC for XMR and vice versa. In this case, there is no need for a third-party intermediary—say, an exchange. It’s a massive boost, especially in liquidity, as more traders will now participate.

From XMR/USD 4HR chart, the coin is trading within a bullish breakout pattern, clearing a bull flag a few hours after the official announcement. If this is the “buy-the-news event,” the odds of XMR racing to $500 and May 2021 highs would be highly likely.

It is within the same line of Supernatural_Crypto who projects the XMR/USD price to reach soar above $420 in a bullish continuation pattern in a breakout. 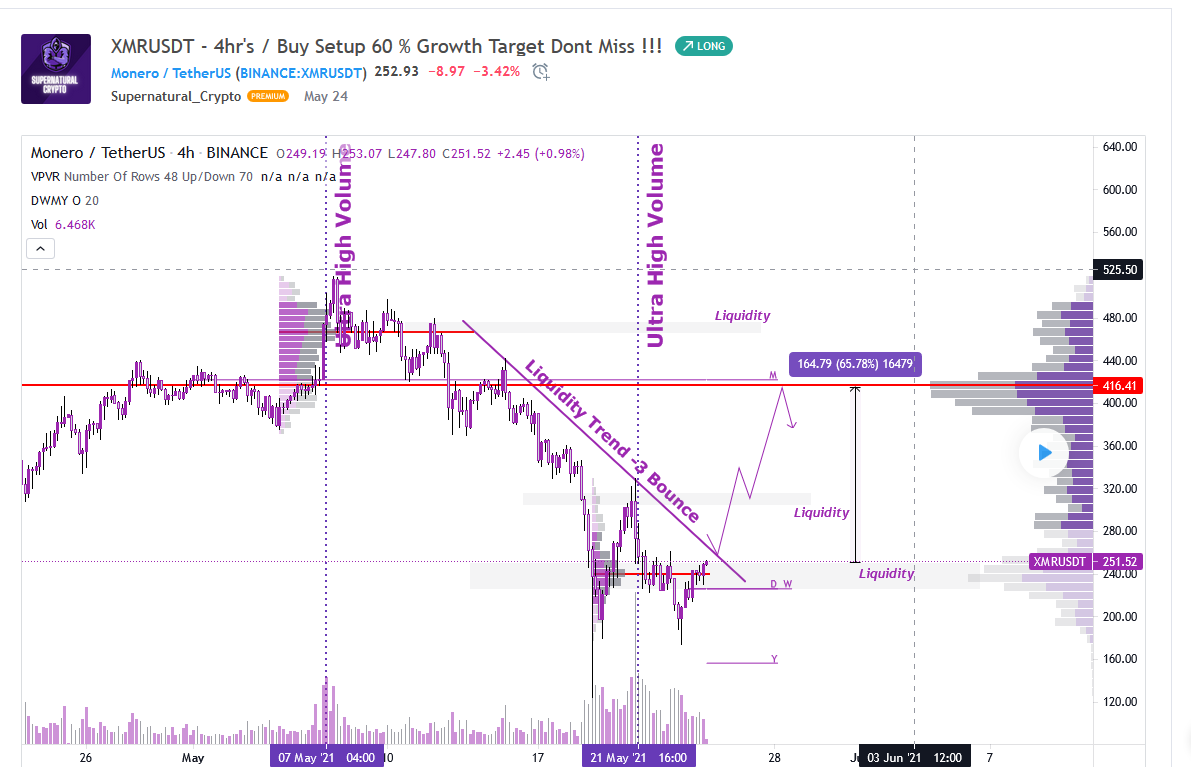 Based on the volume profile indicator, XMR has a strong support level at around $200 to $250, the area of interest and a potential buying zone for aggressive buyers.

Monero is trading within a “Bullish Megaphone” Pattern

If TradingShot‘s analysis on trading view is valid, XMR/USD price is ready for $590 in a bullish continuation pattern. 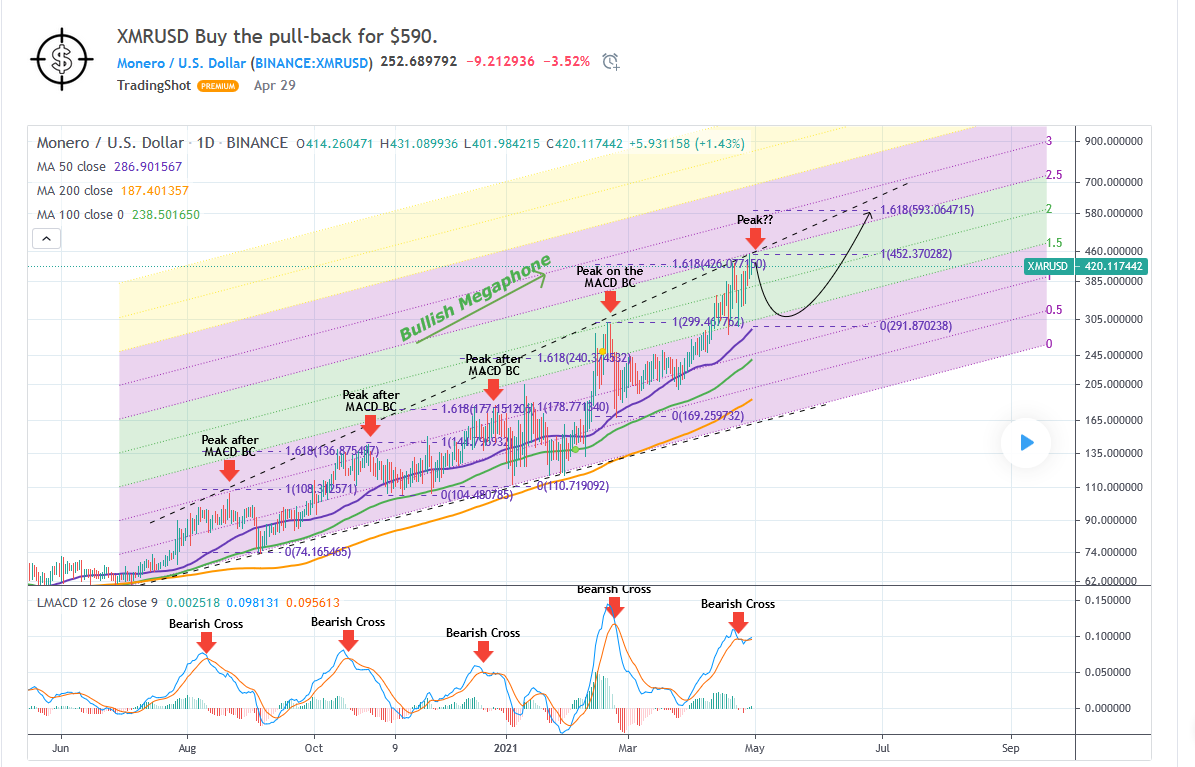 The trader observed that since August 2020, Monero prices have been trading within a “bullish megaphone” pattern. This is also inside an ascending Fibonacci channel.

However, after the XMR prices peaked in April 2021 following the overvaluation and the formation of the bear cross formation, prices tanked to spot rates. Still, if past performances are anything to go, Monero prices are ready for the next wave higher. The next probable target is $590 in a Monero bull trend continuation.

Note, the steep correction of May was near perpendicular, wiping out most gains. Nonetheless, XMR/USD prices are within the rising channel.

Pasting a Fibonacci extension tool on the February and April 2021 swing high and low, XMR could, highly likely, race back to the 1.618 level—like it did in the past—to $590.

Disclaimer: Opinions are those of the author and are not financial advice. Do your research.

Is ECOMI (OMI) a Good Investment?