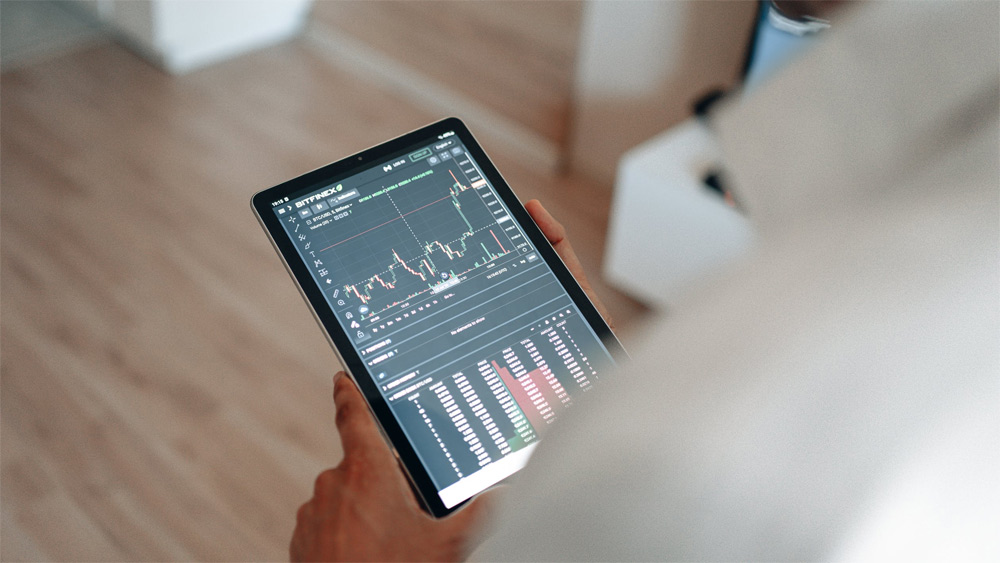 The overlords, that is, regulators, think it is a bad idea. Therefore, with every block, Monero is a nightmare.

Meanwhile, the transaction obfuscation technologies ingrained in the project’s code are a perfect fix for privacy champions.

Eventually, a solution for all problems plaguing them for eons has been found—a relief.

As a utility, Monero is a leader in its sector.

Meanwhile, the wave of capital flow and adoption of its technologies lead to price fluctuation, providing several opportunities for traders to flip the market for profits.

When writing, XMR buyers are giving up gains.

Reading from price action in the daily chart, there has been confirmation of bears of early this week following losses on October 27. 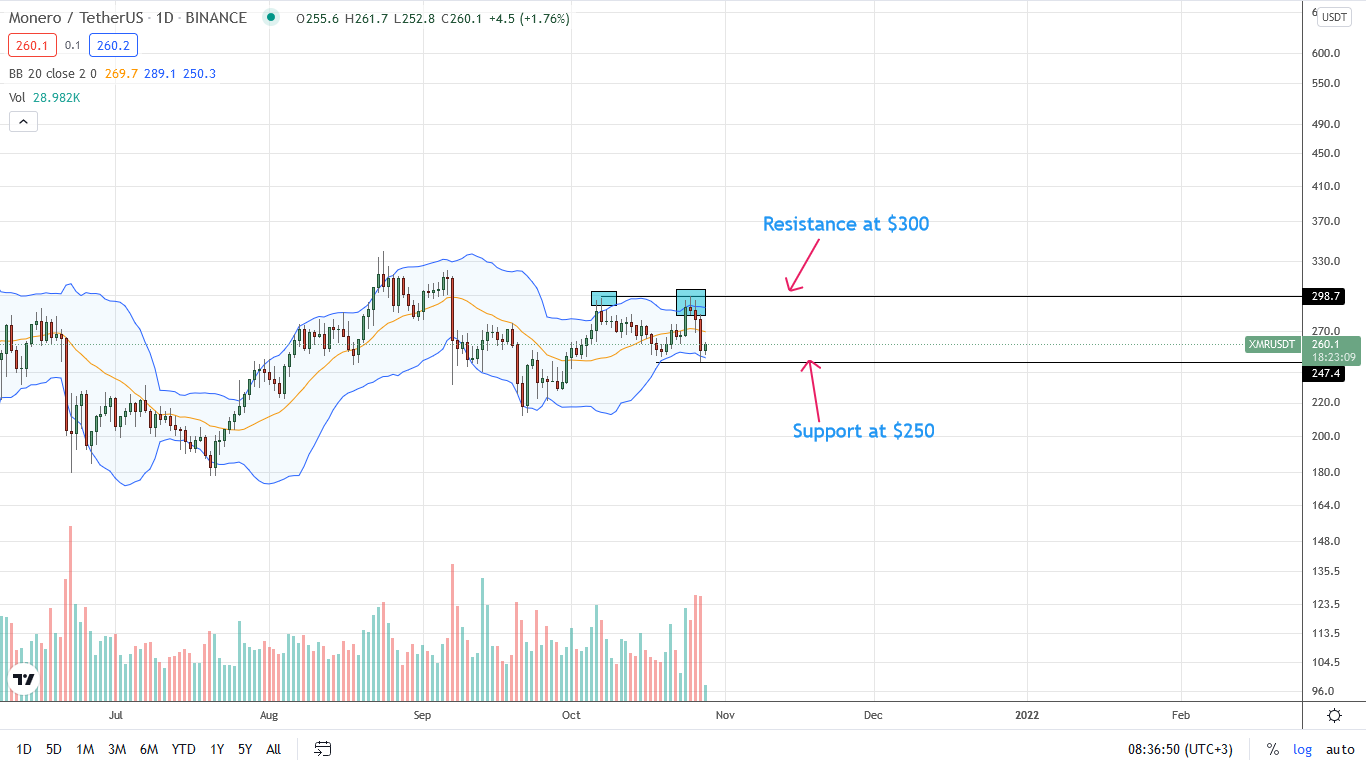 While $300 is marks an important liquidation line and double tops, $250 is equally significant.

Notably, the XMR/USDT price is within a broader bull flag with distinct support and resistance trend lines.

In any case, a follow-through of October 28 losses forcing the coin below the flag and $250 could see further losses towards $200 and below.

On the reverse side, a close above $300 may pump XMR towards $340, continuing the double bar bullish reversal pattern of late September 2021.

It would cancel out selling pressure and, better yet, confirm the strength of buyers targeting $500 in the medium to long-term.

Monero Resistance at $300, will XMR Bulls Flow Back?

On Trading View, one trader identifies the resistance at $300.

The psychological level, as mentioned above, is critical and has been slowing down buyers on several occasions leading to the double top.

Per the analyst’s overview, a close above the line may see Monero prices fly, racing to around $400 in a 30 percent surge.

Notably, this will confirm the bullish breakout above the bull flag and the stubborn liquidation line.

Even so, XMR/USDT prices are under pressure when writing, pulling back from this week’s highs.

It appears that sellers are threatening to rewind progress made in October as bears of September stay on the wings, readying for havoc.

This would especially be the case once $250 fails, invalidating the uptrend and signaling overall XMR/USDT weakness in the daily chart.

However, the analyst argues that XMR has a sound base. However, bulls need to crack $300 and $330 for buyers to propel the coin back to all-time highs.

With this, the trader is in sync with the position of other traders.

Presently, with XMR prices trending lower, buyers would require more effort to break the critical resistance level and this week’s highs for a trend continuation.