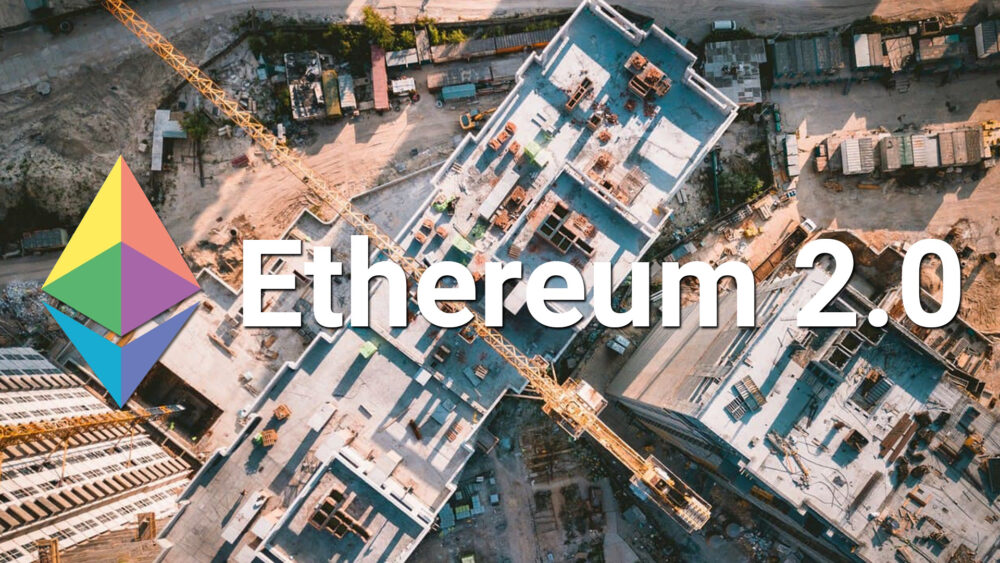 The revolution of blockchain started with Bitcoin in 2009. The visionary man Satoshi Nakamoto proposed a peer-to-peer decentralized distributed ledger. The benefit of his proposed system is that it is free from the control of any central authority. The arrival of Bitcoin was perfect. It was immediately after the 2009 economic crisis, partly caused by corruption from central authorities like the central banks and government. People no longer trusted the government’s system, so they were moving to a decentralized payment system.

Today, the Bitcoin market capitalization is more than US$ 300 billion, with more than 55 million Bitcoin wallets. Satoshi didn’t visualize the tremendous growth in the network that is why Bitcoin has been experiencing scalability issues. These problems gave birth to the Ethereum ecosystem.

Ethereum was first proposed in 2013 by Vitalik Buterin. His original plan was to make it easier to build innovative decentralized platforms. Before the Ethereum blockchain enthusiast’s birth, they were already seeing the importance of blockchain beyond the speculative market (waiting for Bitcoin’s price to rise against the USD). Blockchain technology was seen by many as a tool that will change the world. 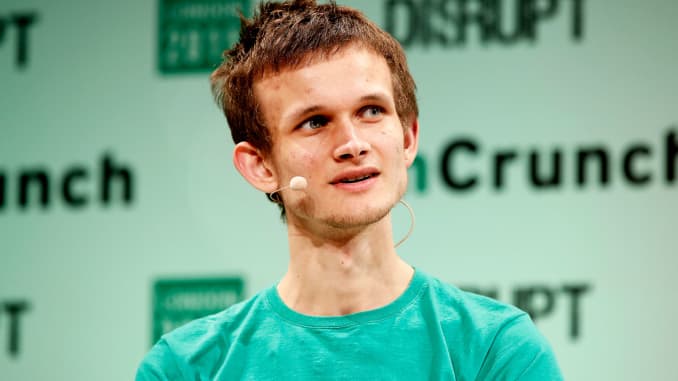 Many blockchain use cases were discovered by enthusiasts and investors in the banking sector, the automobile industry, speculative markets, supply chains, gaming space, and other industries. But the problem remains that since Bitcoin isn’t scalable. It is difficult for developers to read proper documentation. Building new platforms for Bitcoin was going to be challenging. For example, it takes up to ten minutes to confirm a Bitcoin transaction. Many fintech companies like PayPal have faster systems, and it’s unlikely that a merchant will wait for ten minutes to confirm the payment of a US$ 1 cup of coffee. Etheruem offered a solution for the real-life applications of blockchain.

The Ethereum system is great because it is more scalable than Bitcoin, and it is easy for developers to create new projects out of the Ethereum ecosystem. The Ethereum development software Solidity ensures that you can create your project with Ethereum and start creating a blockchain project that will change the world with just a few code lines. The development of Ethereum was welcomed by many people in the cryptocurrency community, which led to the birth of Initial coin offerings (ICOs).

The Role of ICO in the Development of Ethereum

The usability of Ethereum made it a popular choice for building ICOs in 2017 because, with a little knowledge of coding, companies brought their projects to life. Many companies raised millions of dollars by promising to build blockchain projects. The price of Ethereum was at an all-time high of US$ 1.400 in January 2018. Thousands of investors were purchasing Ethereum because they wanted to invest in many ICO projects.

The ICO era didn’t end well though, many projects ended as a piece of well-written white paper without proper implementation, and the interest in ICO waned in 2018. The point is that though ICOs became dead, it opened the importance of the Ethereum network to the whole world. It showed that blockchain developers could easily use the network to implement projects better than the Bitcoin network. With a market capitalization of more than US$ 40 billion, Ethereum is the cryptocurrency with the second-highest market capitalization.

The Role of DeFi in the Development of Ethereum 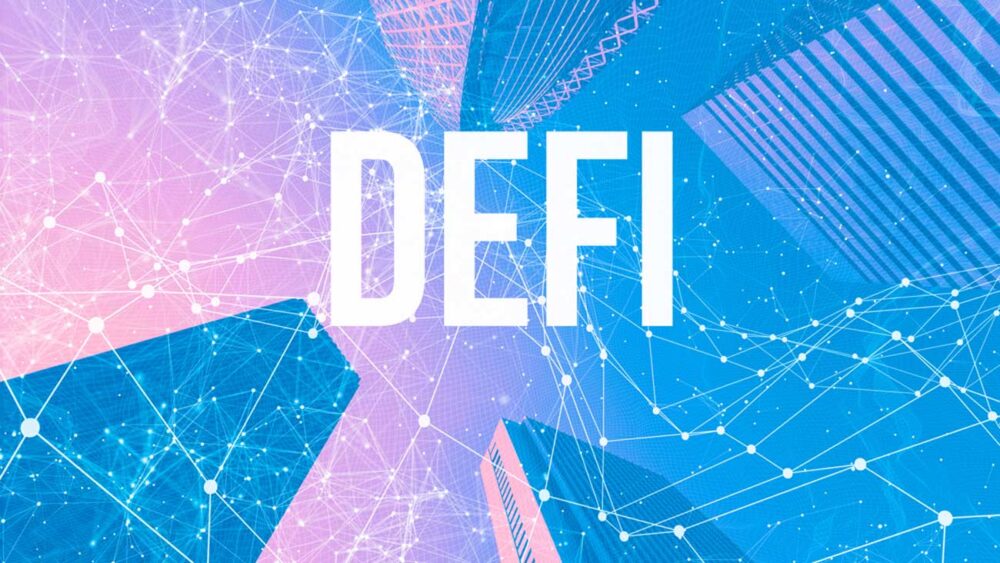 Decentralized finance is a system that allows users to take control of their finance without a central authority, unlike traditional finance, which requires a central authority. Defi enables users to borrow, lend, and provide liquidity in a peer-to-peer system. Examples of Defi platforms are MakerDao, dYdX Aave, Compound, etc. Some projects promise to provide an automated KYC system on Ethereum, some projects create a social credit scoring system, and many projects promise to replace the current corrupt banking system. Most DeFi platforms are built on Ethereum. There are more than US$ 13 billion locked in several DeFi projects today. The Ethereum ecosystem developed in recent months because of the rise in the amount of money locked in several DeFi projects.

The Problem With Ethereum 1.0 Exposed by DeFi

As great as the Ethereum ecosystem is, the development of DeFi exposed the Ethereum system to scalability issues. Many users were investing their cryptocurrency assets in many DeFi protocols, which drove gas fees high. The system began to experience network congestion. Gas prices rose by 100X during the DeFi season’s peak. It was evident that if a new scalable Ethereum is not born.

The dominance of Ethereum will reduce because many platforms like Chainlink are already offering more scalable solutions. It means that if Ethereum cannot answer the scalability issues, many developers will be moving to develop applications on the platforms provided by Ethereum competitors.

The development of Ethereum 2.0 has started before the scalability issues on the network were exposed by DeFi. Ethereum has foreseen possible future problems on the network, which is the main reason for proposing a more scalable network. It still maintains its position as the Cryptocurrency with the second highest market capitalization today because traders and investors love Ethereum because they know that the Ethereum ecosystem is always an innovative space.

Ethereum 2.0 is an upcoming innovation by Ethereum, which will be released starting from 2020. It improves security, scalability, and energy efficiency. The proof of stake will replace the proof of work mechanism in Ethereum 1.0. Ethereum 2.0 will enable the development of optimized decentralized applications. Phase 0 of Ethereum 2.0 was released on the 6th of November, 2020.

Ethereum 2.0: The Introduction of the Proof of Stake System

Miners complete transactions on the Ethereum network transaction; they get rewarded for solving complex mathematical problems with sophisticated computers. Proof of Work (POW) requires all miners to solve the complex problem, and the person who has the most powerful software is rewarded with Ethereum. Ethereum 2.0 will use the Proof of Stake (POS) mechanism. POS is different because it requires less sophisticated machines to run; in POS, the next block’s creator is selected based on a criterion that is mostly the amount of Ethereum the person possesses.

In the proof of stake mechanism, the miners with the highest number of Ethereum are given preference, which means it will require less computing power, unlike the POW, and it will take less time to complete a transaction. Many people view the POS mechanism as the solution to the current scalability problem on the Ethereum network. However, we can only speculate at this stage because we are still in the early phase of Ethereum 2.0 development.

Is Chainlink (LINK) A Good Investment?