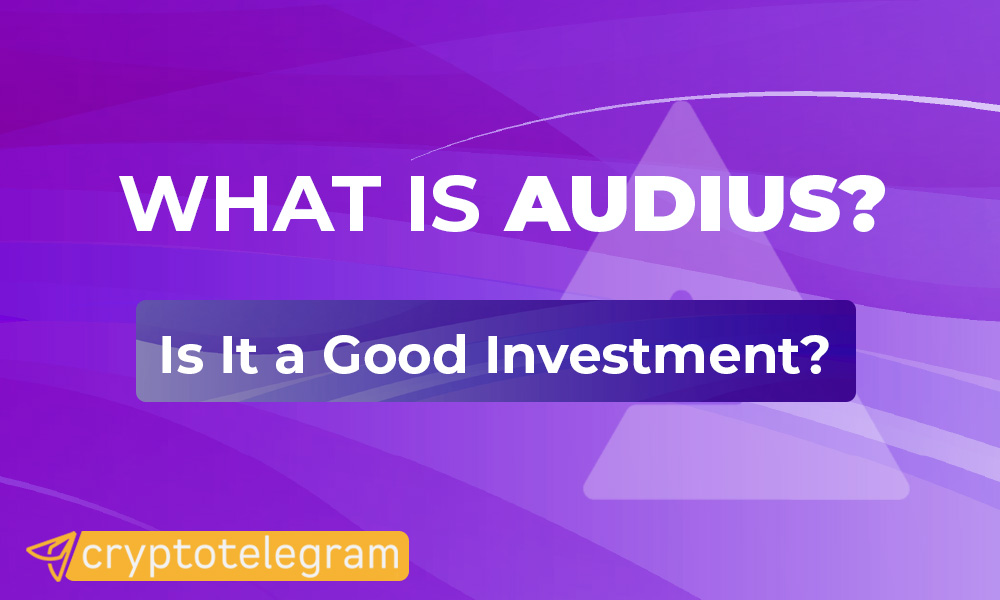 Well, Audius could be about to change that perception of yours on that. Audius blockchain protocol aims to challenge the traditional heavyweights among music platforms.

The Audius music platform wants to change the way music is monetized in the industry and make monetization easily accessible to several artists from established stars to upcoming gems. That is Audius network’s way of trying to change the music industry. By using its native token AUDIO, consumers can pay for content consumed and creators and artists get to keep 100% of the revenue generated. This is a refreshing alternative to the traditional music scene.

What Is Audius (AUDIO Token)?

The Audius protocol is a blockchain-based streaming and music-sharing protocol that creates a direct link between artists and content creators and listeners. Therefore, providing the freedom of distribution, monetization, and streaming of any audio content to everybody.

As a blockchain-based streaming platform, it allows consumers to support artists directly via the AUDIO token. The protocol is managed by the community, which includes developers, artists, and fans. Unlike traditional music streaming services, the number of streams doesn’t determine the artist’s income. Instead, the Audius platform provides artists with the flexibility to monetize their content as they deem fit and that includes the selling of NFTs, among other means.

According to the Audius whitepaper, it presents the protocol as a platform that gives control back to artists over their contents while eliminating several third parties that take a cut of the artist’s income along the way. The concept enables the consumers of artists’ content to pay them directly through the AUDIO token instead of paying their record label or any other third parties.

Forrest Browning and Roneil Rumberg launched the Audius protocol in 2020. However, the development of the protocol started as early as May 2018. By October 2020, the Audius network gained secured backing from Coinbase Ventures and Binance Labs. That was close to the time the mainnet was about to be launched, which was a major boost to the confidence of the founders.

When the initial version was released in 2018, several issues needed to be ironed out such as the issue of piracy. Users were uploading copyrighted material from popular artists onto the platform and generating income from them.

Recently, the team behind Audius has found a way around that issue by bringing in a community arbitration system for content moderation. As such, those that upload copyrighted materials will be prevented from earning income on them.

Audius has created an efficient token economy backed by the AUDIO token, artist tokens, and stablecoins from third-party networks.

For content security, the platform uses user-specific proxy re-encryption keys. This can only be unlocked by a unique tracking encryption scheme combined with a programmable mechanism.

There is also a decentralized ledger and storage solution for metadata and shared audio. As well as a discovery protocol, which effectively queries metadata.

The Audius protocol runs a decentralized governance model that incorporates fans, node operators, and artists into the process of decision-making about the upgrades and changes to the network.

The Audius ecosystem includes the following:

Interested users run these nodes and they play a pivotal role in managing the required permission and hosting music content. They are the key to artists’ visibility to the outside world as they manage and secure the content on the platform.

Using the Audius-native extension to IPFS (AudSP), the nodes ensure that the metadata and content are readily available in Audius.  The node operators can also maintain an active network stake so that they can earn from the aggregated fee pools and ongoing AUDIO token issuance. Artists can also operate the node themselves for hosting their content.

These nodes are run by users and their role is to index content that is created by artists via ledgers. For easy discovery and navigation of content by fans of the Audius ecosystem, the nodes offer a highly effective indexing mechanism to easily index the content metadata as queried by users of the platform.

The Audius network sees to it that the indexing process is clear, detailed, efficient, and decentralized for users to use. At the same time, ensuring transparency and correctness by removing the profit incentives that could be used to manipulate results sent to users.

The indexing process is also very extensible as the user base can try out different searching and ranking methodologies.

So, the content ledger is the central and single source of truth for all the activities going on in the Audius ecosystem including artist/fan engagements, etc. 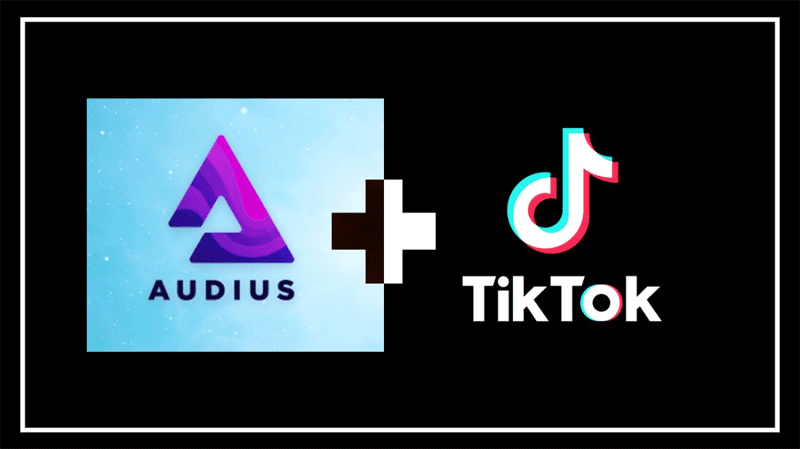 The Audius network recently secured a key partnership with TikTok, a video-sharing giant. The partnership enables the artists with work on Audius to send their music content to TikTok. Thereby, making it available for usage on TikTok created videos.

The feature also includes enabling Audius artists to link back their following on the TikTok app back to the Audius network.

Backing from leading names in the music industry

The Audius protocol got $5 million in funding from leading names in the industry like Jason Derulo, Katy Perry, Little Nas X, Martin Bandier, and The Chainsmokers.

The AUDIO token is the native asset of the Audius network and it plays a pivotal role in the security of the network. As well as enabling community-driven governance and providing exclusive feature access.

Owing in large part to the AUDIO token, all users get to enjoy the freedom of sharing, listening, and monetizing audio content. Also, the token gives all users a chance to earn a voice in the future direction of the protocol by actively participating in-network activities such as governance, voting, etc.

Dubbed the “SoundCloud alternative”, the Audius platform introduces creative means of monetizing artists’ work through better fan engagement with their work. The future of streaming service as it calls itself will allow users to shape the network as recipients of the AUDIO token.

The ownership of the AUDIO token grants holders an identity as part of a decentralized community of artists, fans, and developers that vows to defend the integrity of the global music catalog.

These are the features of the AUDIO token:

Is the AUDIO Token a Good Investment?

GOV Capital also echoes the sentiment as above by pointing out that the AUDIO token can be a good addition to your portfolio. Their Audius price forecast shows that the token could reach a price of $9.379 after a year to give investors an earning potential of +372%.

Cointobuy is also predicting the Audius token to reach a price of $4.49 to give investors an expected return of +113.5%.

In 2030, the AUDIO coin could reach a price of $77.35 and that is according to priceprediction.net Audius price prediction for 2030.

The dawning of Web 3.0 means platforms like Audius will eventually take the center stage over their traditional rivals that are not based on the blockchain. It has already gained the advantage of early-mover and that puts the Audius in a better position when Web 3.0 finally arrives.

Even before the arrival of Web 3.0, it is starting to gain ground as a music streaming and sharing platform, as we can see with the various key partnerships that the Audius network has secured recently. It looks good for the Audius protocol at the moment and the Audius price prediction that we have seen so far suggests the future looks good too.