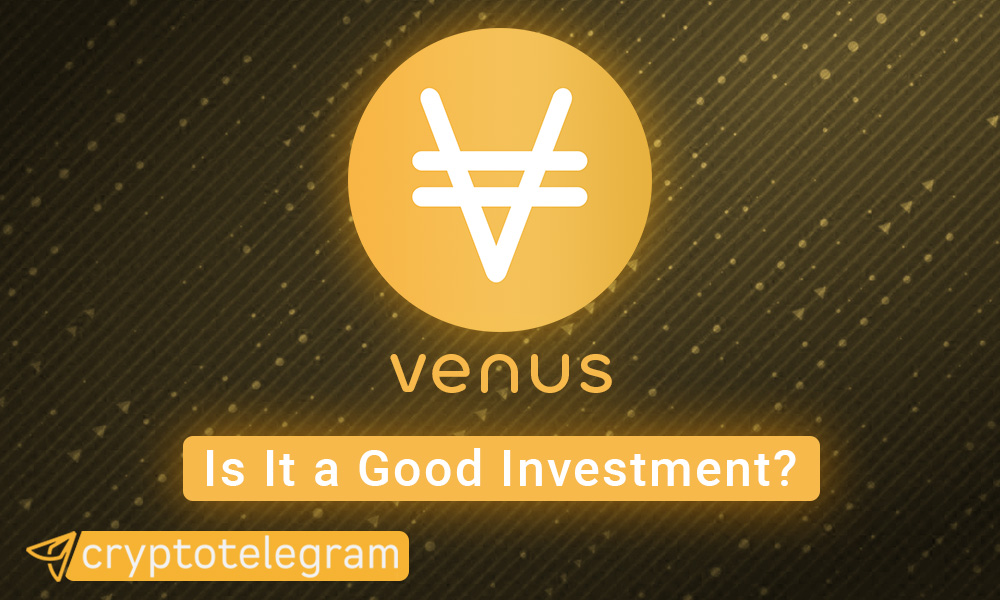 So many blockchains have been created since Bitcoin was created. Among the many popular newly created blockchains is the Binance Smart Chain (BSC) that is capable of hosting projects, DApps, etc. at a faster speed than the pioneer Bitcoin blockchain. Many projects have hoisted their flag on the BSC and one of them, which is the subject of interest for this piece, is the Venus (XVS) network.

The Venus project is the handiwork of the Swipe team and their primary aim of building the project on the Binance Smart Chain is to bring about a decentralization driven by community governance. That is why the protocol has no pre-mined tokens, thereby leaving the fate of the project solely in the hands of XVS token holders.

The Venus protocol runs solely on Binance Smart Chain, which also enables lending, borrowing, and credit on digital assets. Astonishingly, its tendency to develop into a high-level and efficient DeFi ecosystem compared to the centralized and other decentralized exchanges in crypto is quite high.

One of its operating features is the ability to provide consumers with leverage i.e. investing against collateral. Unlike other investment operations, Venus investments transact at high speed and a cheap rate. Within seconds, users can also mint VAI stable coins.

How Does the Venus Protocol Stand Out?

It is obvious that exchanges with lending features on the Ethereum blockchain often come across problems in their operations.

Fortunately, the Venus protocol is developed with solutions to some of these problems.

It empowers users with the zeal to repurchase the mortgage on the collateral when they take out loans. This makes it easier to work out the interest rate via a specific market through the yield curve.

With Venus running on the Binance Smart Chain, its solution has been able to bring about billions of dollars to the blockchain. This significant feat does not include the lending assets’, such as Litecoin, Bitcoin, etc.

The Benefits of Using Venus

Using Venus provides the users with various benefits. Accomplishing such benefits can be made possible via:

This function enables you to deposit supported digital assets and also receive APY for them.  The said assets can be either other cryptocurrencies or other stable coins. Depositing into a pool ensures liquidity for that pool. This way borrowers can access the funds in the pools to trade on the crypto market.

Users supplying collaterals into a pool are referred to as a lender for the protocol’s pool. The smart contract accounts for the total deposited assets so users can also borrow part or all of their deposited funds if the transaction is supported by the balance.

In addition, a token incentive is awarded to the user for depositing digital assets to the protocol. The synthetic token is in the form of the v-wrapped equivalent of the token (vETH, vBTC, and so on). Redeeming the underlying asset can only be made possible using synthetic tokens i.e. vTokens. With the underlying protocol, storing it in any wallet that supports Binance Smart Chain is possible.

The redeemed tokens can also be used to trade with other tokens.

To qualify as a borrower on the Venus DeFi platform, you must be a lender first. However, the token has to be over-collateralized and it should also be 75% of the fund you want to borrow. The community is in charge of the collateral ratio. To withdraw, the valid collateral ratio has to be between 40-75%. The community votes on it using the governance mechanism. Taking USDC as an example, its collateral ratio is 75%, which means you are able to borrow up to 75% of your deposited asset. However, should the asset fall below 75%, the asset can be liquidated. When returning the borrowed asset, it is returned alongside the interest accrued.

A Breakdown of the Venus Protocol

The Venus protocol combines the features of MakerDAO and Compound and its structure is described below:

This works in a manner similar to a distributed processor and operates on the Binance Smart Chain (BSC). Additionally, it is interoperable with other smart contracts on the Binance chain. The tokens on Venus are not independently accepted into the protocol. Every token that is accepted has to offer its service to the stated sectors that have been authenticated by the Controller terms.

Whenever users carry out transactions on the Venus protocol, in most cases, they are interacting on the protocol with the collateral. The function of the collateral is for leverage with dollar values fixed to the vTokens. The value of the leverage is derived from the current market situation so it can run precisely.

The assets derived their values from price oracles like Chainlink’s Oracle. Oracles follow live prices and send them back to the blockchain to be processed and make them valid. Due to the structure and the high speed of the BSC, asset prices are defined effectively and cheaply compared to Ethereum where issues of activity overloading and high transactional fees make price feeds uneconomical.

Venus emphasizes the use of community governance. Mining positions/inform users better on how the protocol functions. The governance’s functions are adjusting the market rate, setting interest rates for virtual assets, and executing newly minted collaterals on the protocol.

The VAI Stablecoin and the XVS Native Token

The VAI stablecoin is the first stablecoin to be minted on the BSC; several crypto assets and stablecoins give it backing. The Venus protocol makes it easier for users to gain access to a low fee, high speed, money market, which provides the option of the VAI stablecoin.

The native token XVS gives the holder governance power on the protocol; the token launch was made fair as much as possible by avoiding pre-mining the token for anybody on the network be it the foundation, team members, or consultants.

You earn the XVS token by supplying liquidity into the liquidity pool or participating in the Binance Launchpool for the Venus protocol. The token will gradually be mined over a period of four years and the total available for mining is 23.7M XVS tokens from the maximum supply of 30M XVS tokens. That is because 300,000 XVS tokens have been reserved for the BSC ecosystem grants.

The daily XVS rewards are split among the suppliers, minters, and borrowers. The minters get 30% of the rewards, while suppliers and borrowers get 35% each.

The opening bid for the XVS token on October 6, 2020, was $2.56 and traded for as high as $8.61 on the same day it was made available for trading, thereby setting the bar very high. This bar won’t be met again for the rest of October, November, and December 2020 after a price correction. The price dilly-dallied between $2 and $5 between those months mentioned above.

As with most tokens early this year, especially DeFi tokens like XVS, the XVS network price started to rise with the DeFi fever that gripped the crypto market earlier in 2021. The token had shot up to as high as $12.81 by January 26, 2021, setting another bar for itself.

CoinMarketCap ranks the XVS protocol at number 159 with a verified circulating supply of 10,425,853.00 XVS tokens. The total supply of the XVS token is capped at 30,000,000 XVS. So, how do predictions experts think the XVS protocol price will perform in the coming years?

Following the site’s deep-learning-based algorithm, the XVS token shows an uptrend pattern and the token could hit $140.64 in one year giving you a +825.09% earning potential. This makes the token a suitable candidate for your portfolio. – GOV Capital

The experts here think the XVS token could turn out to be a good investment option for users. The token is predicted to reach $90.54 in a year’s time to give you an earning potential of +468.76%. The token is not expected to experience any major downward trends. – Wallet Investor

The analysis here points the XVS protocol price prediction to reach $24.05, which is nearly two times the current price of the token in the market. – Digital Coin Price

The analysis of the Venus protocol shows that the price could go on to reach $130 with an estimated return on investment of +787.4%. – Cointobuy

The historical data of the XVS token shows that the token has posted a strong performance in the market since it was launched. The token’s rise has been consistent as illustrated in its historical data technical analysis. The XVS token started setting a high bar in terms of price when it was first made available for trading. Since then it has been increasing in value, setting, and smashing its ATH along the way. The token is expected to see its stock keep rising in the future, with predictions at $21 as the lowest possible price for 2021. By 2025, the XVS token could reach as high as $472 according to GOV Capital.

The Venus protocol price started strongly earlier this year, setting an ATH in May. Although the XVS token has cooled down a bit, analysts are still expecting the token to close the year strongly. Digital Coin Price is predicting the Venus token to end the year with a price of $24.82. Wallet Investor is predicting the Venus coin to reach as high as $87.38 at the end of the year. On the other hand, GOV Capital is putting the Venus token on a higher pedestal in terms of price at a maximum price of $ 109.15 at the end of 2021.

For 2022, you can expect the Venus coin to pick up where it stopped in 2021 according to various predictions available. Wallet Investor is predicting the XVS coin to close out the year with an average price of $195.72. Digital Coin Price has a Venus network price prediction of $26.41 for the end of 2022. GOV Capital is predicting the Venus token to reach an average price of $164.08 at the end of 2022.

Is XVS a Good Investment?

According to Wallet Investor, the XVS token is a crypto that can bring good ROI; a five-year investment with $100 could see you gain $2530 with an earning potential of +2430. Based on this, we can say that Venus (SVS) is a good investment.

The protocol looks reliable and it is fully backed by Binance, which makes a platform that users can find acceptable.

Is XVS a Stablecoin?

What Is the Maximum Token Supply of VAI Stablecoin?

Stablecoins don’t usually have maximum supply as the tokens are constantly minted and burned to maintain a stable rate depending on the market demand.

Is AMP a Good Investment?