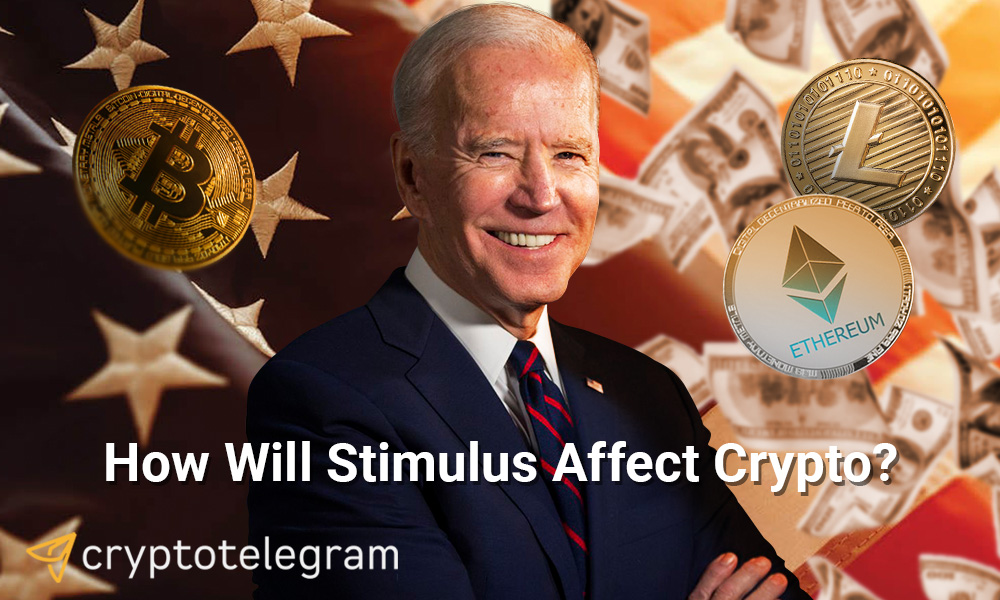 The effect of COVID-19 on the economy during the first pandemic lockdown was bad and did tremendous damage to the market. Many countries saw their economies go into recession, and although months after the close they have seen positive signs of improvement, not all countries were able to cope with the huge losses suffered.

The US was one of the few countries that brought about the concept of a palliative–a gift package given to citizens.

The package shared to citizens was to help them survive and cope with the tough times, but doing so influenced the weakened economy.

Although, some investors might debate on the effect saying it was positive. Some market stocks could not handle a big influx of cash injected into the economy.

A few stocks recorded an all-time high dip in the market while some gain stability.

A positive example of this stock is cryptocurrency. It came as a surprise when bitcoin gained strength during a period where a projected dip sign showed. And since then, this stock has been on a record-breaking increase.

In the proposed bill, each citizen is to receive a stipulated sum of $1400 if they pass the quota set.

Also, this plan includes a package for an Adult dependent, they are to receive a full $2000 -considering they were not beneficiaries of the previous stimulus check.

This plan has seen opposition and debates from both analysts and senators because of its enormous sum.

Called the American Rescue Plan, these payments will arrive few months after the bill signing; citizens will receive the money in their accounts.

The bill has met opposition from distinct groups. This is because apart from the objections the bill face from these groups, the projected effect on the economy will be one of the many factors for considerations.

Some Objections Include the Reduction of the Amount Proposed

Analyst of Heights Securities, Hunter Hammond believes that reductions for this amount might be possible. He said the sum from the aforementioned amount may see a reduction to $1.5 trillion or $1 trillion.

But it is not a surprise that his opinion on the matter varies from other analysts. Some predict that the average payment which is $1400 will gain supports from lawmakers of different sides.

Market economists, see this payment as a lifeline for people who have lost their job or have a pay cut in their salaries because of the pandemic.

With a second wave advancing, losses are likely to happen and companies may have no option but to slash their workforce or ask employees for a pay cut.

Investment bank analyst Raymond James foresees immense support for the proposed bill, explaining with facts the damage caused by the second wave and the need of the government to help its citizens.

In the economy, the market has seen stability after the news of a third stimulus check. However, inflation of stocks and market volatility has appeared in market trends-analysts confirmed.

This news has seen reactions from those who see it as bad for the fragile economy and others that think it is good.

Investors, analysts, and economists both agreed on the possibilities of a net negative which will show in the economy in the coming weeks.

Already, stock’s price is rising, and cryptocurrency has gained some strength on the market with Ethereum hitting an all-time high.

He said this to explain the effects inflation will have on stock, noting that this development will weaken the many stocks which have seen their values tripled during the pandemic.

Conversely, market trends of cryptocurrency have been growing despite the fragile market. Advocates of cryptocurrency spoke on the effects of the stimulus check on bitcoin, they see good outcomes instead of negative ones, bitcoin will soar higher –is the confirmed mentions.

Weeks before the day of announcement on the amount, there have been positive reviews on social platforms.

On Twitter, users commented on the idea of bitcoin reaching $55k if lawmakers sign the proposed bill.

Bitcoin JUMPED +35% when the 3 trillion stimulus was announced in July, 2020. That could take BTC to 55K if it happened again.

The proposed bill needs votes from lawmakers before payments of funds. To pass the bill, it has to reach a minimum vote of 60 senators.

A single party has up to 50 seats in the senate, so the president-elect administration needs at least 10 votes from Republican senators and full support from democratic senators.

A qualified member is someone with a Tax returns file, but peradventure the Tax return of the year is not available, prior years are used to check eligibility.

Cryptocurrencies Become the Target of Investors

People now want to invest in cryptocurrency, Jim Cramer CNBC host of mad money said ‘’people believe that the United States is printing money….. But bitcoin is not printing bitcoin. So that’s more valuable in the same way that gold is hard to find’’.

He explained using a comparison between the scarcity of gold and bitcoin the dollar “there’s no scarcity of dollars” even though “there’s some scarcity of gold”. Speaking further “there’s a total scarcity of bitcoin. When you have something that’s totally scarce in an era where people fear inflation and don’t believe in governments in general, then this bitcoin suddenly has allure.

The former hedge fund manager also confirms the popularity of bitcoin. Speaking on this he said, “the more people who give it (bitcoin) a higher price… the more likely it is that there will be more people come in”.

He called himself a firm believer of cryptocurrency, and insist on always investing in these tokens. The recent weeks have seen a steady rise in bitcoin, and with this more investors.

Recorded value show bitcoin rose over 90% since December and 24% in 2021. Also, most trading platforms have recorded large numbers of traders’ transactions.

The trading platform has noticed a 69% increase in the average trading volume in the 11 days of 2021, according to a Financial Times report, using data extracted from Deutsche BÖrse.

The Companies and Banks Enter the Scene

Trading platform, Grayscale Investment’s Bitcoin Trust also showed their average daily, displaying an enormous sum of $1billon gained in the first 14 days of January. An increase bigger than the average sum recorded in 2020.

All these records and profits gain were because of the rise seen in cryptocurrency. The increase of bitcoin made people buy and invest in this token.

A Canadian asset manager testified of reaching a milestone of $1billon Canadian dollars of bitcoin, a name in the growing list of beneficiaries in the rise of cryptocurrency.

An increase in bitcoin has also made more companies invest in digital assets. Goldman Sachs’s Global Head of Commodities Research spoke on the bitcoin market saying, the market “is beginning to become more mature”.

Big companies, banks, and investment firms are joining the crypto space movement. Firms like Spain’s big bank BBVA, Standard Chartered Bank among others now offer bitcoin services that are not limited to trading.

Youtube crypto creator Ivan on Tech tweeted saying ‘’it will take the stock market and especially bitcoin to insane levels already in February’’. Another advocate, the individual, has called the attention of people on the increasing number of offshoots exchange on Deribit.

He also tweeted “After Biden’s confirmation that he will push out a $3 trillion economic rescues package (can’t really call it a stimulus), options activity on Deribit shows [a] big increase in long-dated calls in the area north of $100k. The market says bitcoin numbers go up to six figures by September”.

There are many critics and opinions of the effects of the President-elect administration on the future of cryptocurrency.

Words from some analysts have seen bitcoin as a token with the potential of reaching $100k, while others call it an illogical idea.

Behavior market analysts have explained that crypto is unpredictable, a fact displayed from different calculations and market trends. Predictions are guess works based on factors and data that can be wrong or right.

And if predictions were to be always correct, the growth seen in crypto stocks would have been far-fetched.

Many people have now accepted the prospects of seeing digital assets as the future of transactions with the potentials of becoming a fundamental currency to the economy.

One sure thing is that the coming weeks will see significant changes in the market.

Stocks, bonds, and Equities will see lots of investors, and this behavior might be the catalyst to an ever-changing trend of the market, the future of cryptocurrency a crash in the advancement of digital assets.

Bitcoin Double-Spend: The Rumored Reason Behind the Recent Crash Seen in Bitcoin