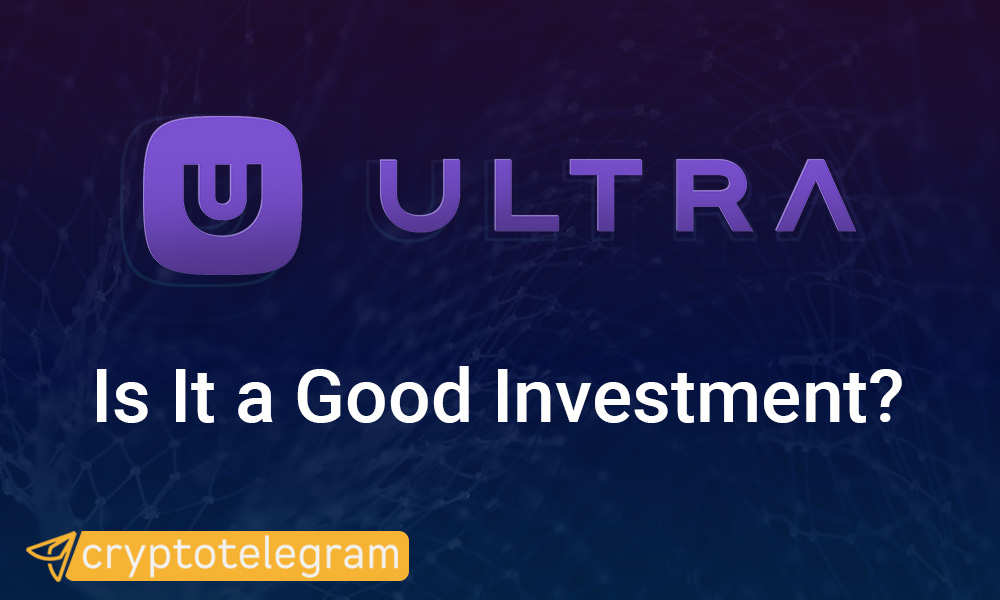 Ultra is a project that’s gaining increasing fame among crypto investors around the world, and many blockchain experts are convinced that UOS is a good investment. Since Ultra still has a relatively small market capitalization, it can be considered an undervalued hidden gem that can potentially skyrocket at any time. But what is UOS really, and is Ultra a good investment to make during the current market cycle?

What Is Ultra (UOS) Cryptocurrency?

Ultra is a blockchain-based video game distribution ecosystem built to allow players and content creators alike to enjoy a much more accessible gaming environment. Thanks to Ultra, gamers will be provided with a platform allowing them to buy, play and resell their video games and in-game items while benefiting from an efficient, decentralized market.

Thanks to employing blockchain technology, Ultra is designed to be much more efficient compared to its centralized counterparts. Since it will create a much more profitable environment for both gamers and game developers, many gaming experts believe that Ultra is a good investment that can soon replace current leaders of the gaming distribution industry.

Why Is Ultra (UOS) a Good Investment?

The main reason why Ultra is a good investment is the fact that it will allow all participants of the gaming industry to profit from a large number of new income sources, which will utilize blockchain technology and smart contracts to allow gamers, game developers, gaming streamers and game journalists to easily monetize their content.

On the technological level, Ultra is based on its own original EOSIO blockchain network, which will allow Ultra users to effortlessly create an account and purchase, play or resell video games. The groundbreaking technologic potential of Ultra allowed the project to gain impressive partners such as the semiconductor firm AMD and the video game giant Ubisoft.

All functionalities of the Ultra ecosystem are powered by the UOS token. UOS is a multi-functional digital asset with various on-chain and off-chain utility features, which together with the small total supply of 1,000,000,000 tokens make many blockchain investors believe that UOS is a good investment.

When it comes to Ultra price predictions, most analysts and experts are decidedly bullish. A large number of crypto investors believe that Ultra (UOS) is a good investment and that the UOS price might even increase by 10x or more in the near future.

For example, the Youtube analyst Rago is convinced that the Ultra price will grow by 10x soon, which would make UOS worth $10 or more. However, Rago states that in order to surpass $10, the UOS price would first need to reach its short-term goal of $2, which would signalize the beginning of a massive Ultra price rally.

According to the popular channel Cryptoria, the UOS price can very likely appreciate by 1000% in the near future. This price growth will be caused by the fact that Ultra is a revolutionary platform that can be the next step in the evolution of PC gaming distribution.

Some crypto enthusiasts are convinced that the $10 UOS price predictions are not bullish enough. According to the popular altcoin investor Link Fourth, Ultra has so much potential that it can even reach $15:

It’s also worth noting that Ultra is already one of the top 5 largest gaming-related crypto assets in the ecosystem. If the price of UOS manages to reach $10, it would mean that Ultra would become one of the most valuable blockchain projects on the market, which definitely is a reason to think that UOS is a good investment.

Where Can I Get UOS Tokens?

UOS tokens can be purchased on a large number of popular crypto exchanges including Bitfinex, Gate.io, Bithumb, KuCoin, and Uniswap. Unfortunately, Ultra has not yet been listed either on Binance or on Coinbase.

How to Store UOS?

Ultra is a fully ERC-20 compatible cryptocurrency, which means that it can be stored in any wallet application supporting Ethereum and Ethereum tokens, including most of the popular hardware, mobile, and web crypto wallets.

Can I Stake UOS?

Will the UOS Price Keep Rising?

Most blockchain analysts are convinced that the UOS price will keep growing because Ultra is still a very undervalued project with a relatively small market cap and volume. Because of that, a large number of predictions claim that the UOS price might even increase by 10x or more in the near future.

Is UOS a Good Investment

UOS is a good investment because Ultra is a project combining two rapidly expanding industries: blockchain and the gaming industry. Combined with the fact that Ultra is partnered with giants such as AMD and Ubisoft, it’s not surprising why so many experts are bullish about the long-term prospects of this project.

The evolution of gaming-related crypto projects can already be considered one of the most important blockchain trends of 2021. However, most of these projects so far have been simple blockchain-based mobile games. Ultra is different: it’s a multi-functional, highly useful, powerful PC gaming ecosystem, which can potentially mean that UOS will be able to easily surpass all the other blockchain gaming projects in volume and capitalization.

If that were to happen, Ultra would become not only the largest crypto gaming project but also one of the largest blockchain-based platforms in general. All things considered, Ultra definitely seems like a good investment and a high-quality digital asset.

Is the MOBOX Protocol a Good Investment?

Is DEGO Cryptocurrency a Good Investment?