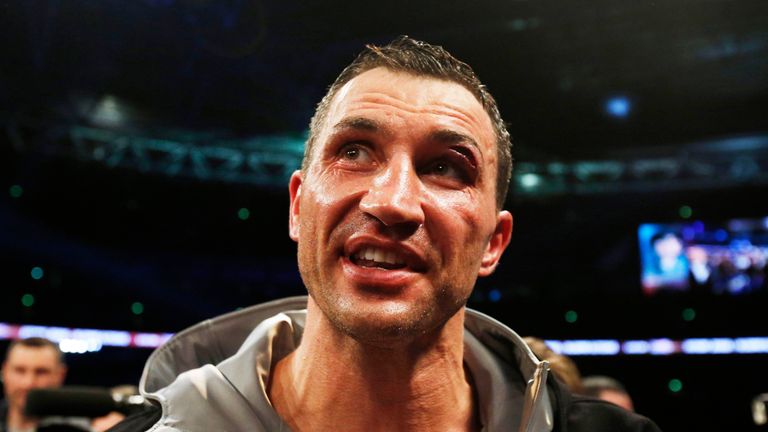 Proceeds from the collection will be donated to Red Cross Ukraine and UNICEF. The collection, titled “Vandalz for Ukraine: WhIsBe x Wladimir Klitschko,” was made in partnership with artist WhIsBe, and will be available to mint in a tiered pricing model for $100, $1,000, and $10,000.

“It is a magnificent initiative, a support through art at the service of people who suffer,” Klitschko said in a statement. “Art can be beautiful on many levels when used to serve humanity.”

Klitschko and his brother Vitali, who is the current mayor of Kyiv and also a former champion boxer, have become faces of the country’s military resistance, have both chosen to fight on the front lines despite their celebrity status.

“Where should we go? This is our home. Our parents are buried here. Children go to school here. Where else? Why should we flee?” pic.twitter.com/dWhMDxo74e

The collection is one of the numerous NFT-related projects to be released in support of Ukraine in recent weeks.

An NFT of the Ukrainian flag sold for $6.75 million on March 2, and the total contributions made to Ukraine via cryptocurrency during the war have now surpassed $50 million.