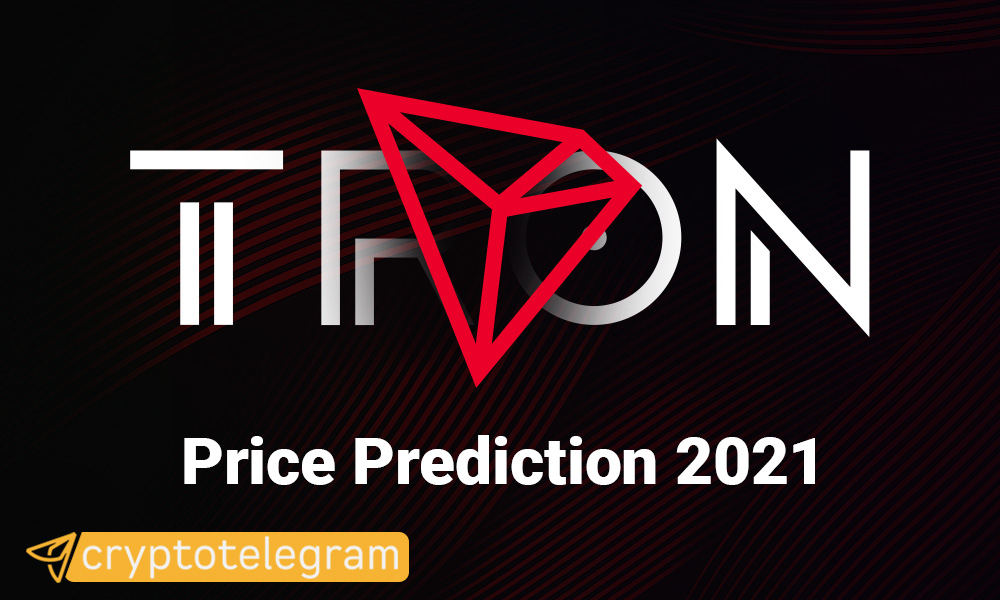 Tron (TRX) made its market entry years back, and it has been quite a journey for the project since then. It has developed something akin to occultic following, which the token successfully leveraged to rise rapidly in the market. This alongside the protocol’s distinct features has helped it gain ground in the market going on to reach the top 10 cryptos by market cap in just two years since launching. For this reason, knowing the price movement of the token is crucial to would-be investors. This can be achieved by observing the price prediction we have in the market. Through Tron price predictions for 2021, investors can watch the price movement of Tron and estimate its worth for 2021.

The Tron protocol is created to provide solutions to payment, credit sharing, storage, and development for a global digital platform. That is to say, that holder of the Tron token will gain ownership of their data after it is created as well as have complete control over it.

Introduction to the Tron Network

The goal of the Tron network was to bring about the decentralized internet through the complete ownership of data by users. The protocol itself is a decentralized virtual machine that allows decentralized app developers to build and use advanced protocols through smart contracts that reside on its native chain. The protocol has become synonymous with swift transactions and a larger-than-life CEO Justin Sun.

Amazingly, the Tron protocol can process about 2000 transactions in a second. Such performance projects Tron side by side with payment giants like PayPal. Unlike, PayPal there are no transaction fees. That means you can transfer thousands of dollars and pay nothing in transfer fees and all is done in a matter of seconds.

The story behind Tron (TRX)

Tron was released in the early part of 2017, it was launched as a Singaporean non-profit before it became what we now know as Tron Foundation today. The organization took it on to create the infrastructure needed for decentralized internet to happen and build the framework for the democratic management of the newly created network.

The founder of Tron, Justin Sun, has been around the FinTech sector for a while. For starters, he is Jack Ma’s Protégé and a graduate of Ma’s Hupan University. He quickly ascended into the Forbes list, making Asia and China’s 30 under 30 lists. Moreover, Sun was already popular in the blockchain industry even before the Tron project.

Justin already served as Ripple’s chief rep for the greater China area, a position that served him well as he looked to create the Tron protocol. Apart from this, Sun also founded a popular live-streaming application known as Peiwo with more than 10 million users in China. Additionally, Justin was able to integrate Tron into Peiwon and this boosted Tron’s active user base while pushing Tron up the ladder in the market.

Around 100 billion Tron tokens (TRX) were issued with 71.6 billion in circulation. During the ICO, about 15.75 billion of the token was issued to private investors and an extra 40 billion for ICO investors. Justin’s own company was earmarked 10 billion while the Tron foundation got 34 billion.

To summarize all this, 55% of the tokens were distributed among the investors and the remaining 45% went to the project and founder.

How secured is the Tron Protocol?

To secure the Tron network, the protocol uses a delegated proof-of-stake. The purpose of staking varies but the main purpose of staking is keeping the network safe. However, it also enables the token holders to earn passive income. Token holders stake at the ratio of 1:1 and the higher their stake the higher their Tron power, which is a vital component of the Tron protocol. You can decide to convert your Tron power back to TRX after three days.

TRX holders stake their tokens to secure Tron power that gives them the right to vote for super representatives that function as block producers. In return for transaction verification, the block producers get rewarded with TRX tokens. The rewards are in turn shared among those that voted for the block producers. This method aims to bring about a higher level of throughput.

Going by their forecast at walletinvestor, TRX is seen as a token with a good ROI as the price is expected to increase in 2021. The price of Tron is projected to reach up to $ 0.0692 giving you an earning potential of about 43.48%. The token is not expected to nosedive or drop soon. The long-term health of the token also looks good in terms of price but our focus is on the short-term price prediction (2021 in particular).

Tron price prediction for 2021 by Tradingbeasts

The forecast by tradingbeasts is also encouraging, they are predicting the token to hit $0.0598134 by April. By December, it could be as high as $0.0793748 giving us a 26.86% change in price. So, that is a positive projection for Tron from Tradingbeasts.

Analyst at Previsionibitcoin believes Tron will experience a heavy boost in price in 2021. They are banking their projection on likely mass adoption in the coming months, which could see Tron strengthen its market cap. As a result, drive up its value per token, the price is projected to reach as high as $0.07 in July. By December, we could be looking at Tron (TRX) sitting pretty at $0.13 per token.

Digitalcoinprice – “Tron could see a 50.26% increase in price”

The analysts at digitalcoinprice are also upbeat about the movement of the price of Tron. They project the coin to increase in value and reach as high as $0.095. Based on their forecast, Tron is a profitable project for 2021 and it is not expected to see a downward movement in price in the near future. So, by the end of December, Tron could see a 50.26% increase in price.

Another YouTuber Crypto Bull is predicting Tron could reach up to $0.50 in the current bull market. However, he put the most realistic TRX price at $0.25 to $0.30. He believes one of the things holding down Tron from a true explosion is the huge circulating supply. The full briefings can be found below:

YouTuber The Crypto Kingdom has a very optimistic prediction for Tron, projecting the Tron token to reach around $10 at the end of 2021. He believes Tron holds so much potential with the number of key partnerships the project has secured and the way the token is shaping up in the crypto industry and the DeFi space. You can watch his full projection on Tron below:

Over to the Twitter folks and what they have for us on Tron price forecast in 2021.

Crypto Mentor ran a poll on the possible price projection of Tron in 2021 and of the four options of $0.5, $1, $5, and over $10. Many predicted the toke to hit the 1 dollar mark in 2021. People are cautiously optimistic about the price and that shows in the price prediction poll.

Another Twitter user SammyICD55 projects the Tron token to rocket to $0.76 in his prediction on Twitter. He went further to explain why in his video, which he posted on Twitter.

Twitter user Unk0 referred to an article in his tweet where Tron is predicted to rise once it overcomes a slight price drop, which presents a good buying opportunity before the next upward movement of the Tron price.

These various price predictions are like a searchlight, which you can beam on the market to help determine the direction the token price is going. By looking at each Tron price prediction you get a hang of the price trajectory.

Tron performance is why users are optimistic the coin could reach $1. However, various price predictions show this is still a distant wish waiting to be fulfilled. Despite its strong performance in the market, Tron is not expected to hit the $1 mark just yet. By 2026, Walletinvestor is predicting the coin to hit three cents.

There is a roadmap that was made available by the Tron developers to tell us which direction the Tron network is going. This is crucial to making price predictions and telling what future value will the token give. The roadmap covers the launch of the token up to 2027 and it is laid out in six stages. These stages are given below:

The future of Tron looks good so far going by market predictions. If the protocol can successfully achieve its six stages roadmap then Tron should gain ground significantly going by market cap. The token will prove versatile as the entertainment industry continues to expand at a swift speed. This will add utility to the token and further serve to entice investors to the project.

Given that Tron continues to hug the headline in the crypto world, you should expect more Tron price predictions for 2021 to surface. The founder of Tron is not far from the news. Besides, the plan laid out for the project also looks promising, and that includes the launch of a new DeFi platform. These are key things that can play a crucial role in keeping the price of Tron on an upward trend for 2021.