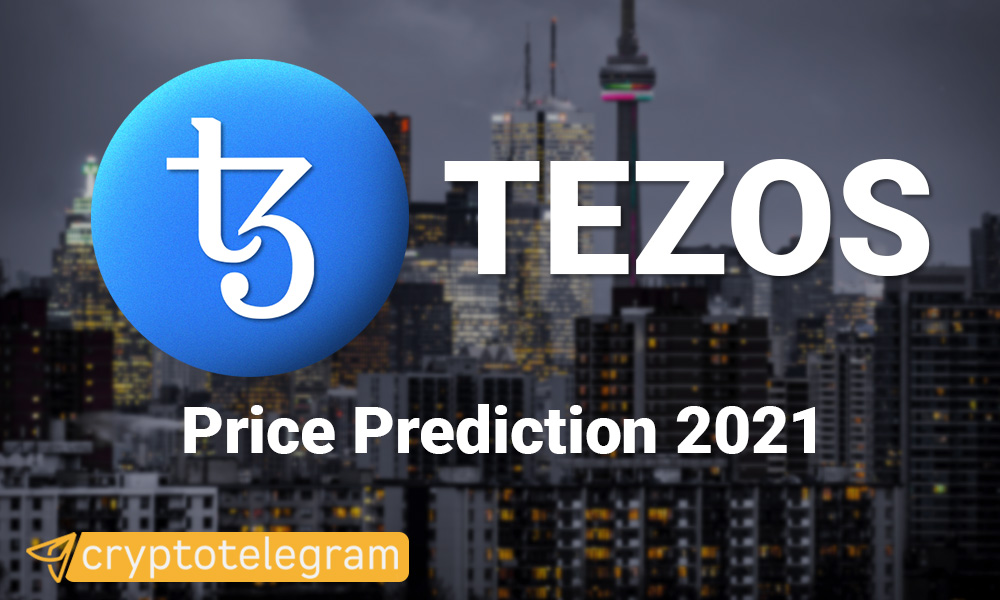 Over the years, a series of tokens have been developed to promote and push the cryptocurrency market towards an upward trend. Selecting the right token to invest in can prove even more tedious. However, with the right coin and knowledge, profit can keep rolling in without breaking a sweat.

Tezos (XTZ) was created to serve as the next-gen blockchain network with the interest of both traders and holders in mind. The token functions as a decentralized open-source blockchain, which can both carry out P2P transactions while serving as a smart contracts deployment platform.

This brings us to the question “How valuable is this token for traders and digital asset holders?” “Is the price good enough to make a trade?” Our Tezos (XTZ) price predictions for 2021 will help enlighten you on the token’s market price and value as well as its projected future value.

Just as said earlier, the XTZ is a blockchain network connected to a single digital token (Tez or Tezzie), which is its native token.  Apart from giving the token holders an exclusive opportunity to earn rewards in partaking in the proof-of-stake consensus mechanism, the token was also developed with several unique features that make it more desirable for investors.

XTZ ensured it made corrections to vital points and obstacles that have hindered the adoption of blockchain technology to date. Such adjustments include smart contract safety, long-term upgradability, and open participation.

To be more specific, the Tezos token is developed to not only assure security but also provide the required safety measures and code adjustments for digital assets and other high-value use-cases.

When it comes to its long-term upgradability, this is made possible due to its modular architecture and formal upgrade system that provides access for the network to propose and adopt new technological innovations seamlessly. This step-up integrated into Tezos’s on-chain invoicing mechanism ensures the protocol remains the state of the art.

Lastly, open participation and incentive alignment in Tezos provides all stakeholders with a little bit of access to partake in network upgrades by evaluating, proposing, or approving amendments. Additionally, stakeholders can contribute the network security without been affected by inflation.

It’s very much advisable to know the history of the token you’re dealing with before jumping on price predictions and investments. In the year 2014, Arthur Breitman and Kathleen Breitman both worked on the illustrious token (Tez). By August towards September 2014, Arthur Breitman released a whitepaper named the “Position paper” and “Tezos whitepaper” respectively.

This could be considered as their first step towards an unhindered progression if not for the impending crisis and controversies. Initially, the Tezos Foundation, which was a Switzerland-based non-profit organization was able to raise $232 million via a fundraiser. This successful fundraising elevated the organization into becoming one of the biggest ICOs of the year 2017.

It then ran briefly into management controversy and crisis. However, thanks to responsive and effective adjustments. Tezos has been able to rise above all odds and progress into a new-time high price of $4.

A lot of improvements were made in June 2018. The upgrades included the mandatory requirement of user identification making use of KYC laws and the completion of the Genesis block with 608 million XTZ in circulation supply. In September 2018, the Mainnet was launched live with user ICO tokens unlocking in November 2018. As of February 28, 2021, the token currently has a market cap of $2,578,043,901 and ranks 27 on Coinmarketcap. 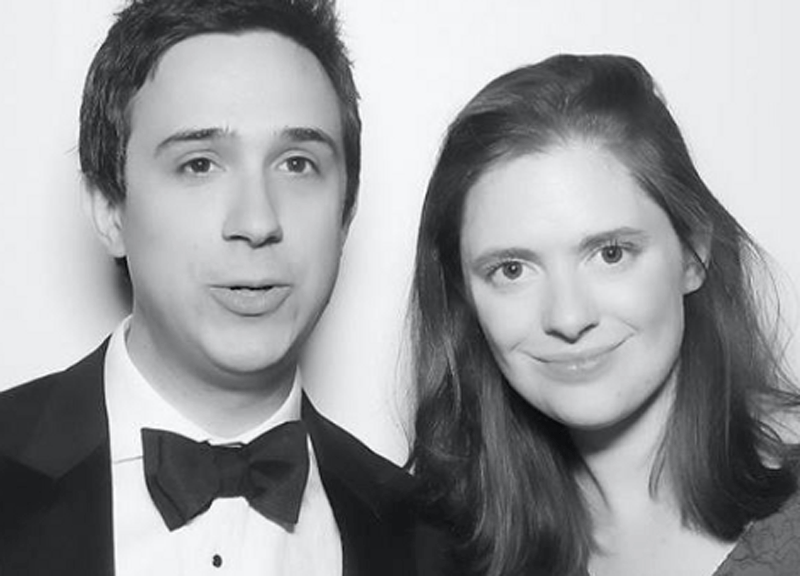 Interested stakeholders need to conduct enough research on these tokens before making their investments. Price forecast is one of the research that helps to broaden the mind of potential investors, helping them to decide on their investment in the crypto market.

The uniqueness of the Tezos construction lies in its Network Shell. This is the origin middleware that provides access to the developers when they need to create an upgradable style of a blockchain network. Such upgrades are processed following a set of rules placed by the development team.

With the on-chain governance and self-adjustments features enabled by the unique structure of the blockchain network, Tezos can now make high stake upgrades without risking a hard fork. Just as said earlier, every proposal for adjustment is voted upon by stakeholders. With these protocols in place, it is assuring that necessary upgrades can be made with little to no implications.

Unlike most tokens that can be mined, the Tezos token cannot be mined due to its Proof-of-Stake consensus protocol. XTZ is a multipurpose blockchain network that is connected with a single digital token Tez. Its blockchain network is an open-source self-amendable platform that allows the creation and hosting of applications and digital assets.

When it comes to the security of the network and governing upgrades for the primary protocol, the responsibility is assigned to its stakeholders.

Tezos can be called assuring and safe, thanks to these key stake features:

The delegation is safely conducted due to its current consensus mechanism called the Liquid Proof-of-Stake. With this mechanism, token holders can hand over their validation rights to other token holders known as validators with no compromise on ownership. Another key point is that the whole account is delegated in Tezos (LPOS).

Lastly, it’s nearly impossible to encounter direct risks when delegating XTZ. The only risk that you’re prone to be losing potential rewards. This can be avoided by carefully selecting your validator to ensure the quality of service and rewards.

Let’s start our Tezos price forecast for 2021 with what we have from arrays of crypto price analysts. The token has experienced a surge in the recent DeFi boom and we are here to examine some of the price predictions we have on our list.

Tezos price prediction for 2021 by Walletinvestor

At Walletinvestor, analysts believe the Tezos token to be crypto with profitable ROI. As of February 27, the token price stands at $ $3.65 and it is projected to go higher in 2021. The price of the token is projected to reach as high as $5.96 and giving you an ROI of +63.34%. They don’t see the price coming down or the coin even crashing at all.

What are the experts at Digital Coin also saying about Tezos price? They hold a nearly similar projection to what we have at Walletinvestor. They estimate the token to be worth as high as $ 6.91 in a year with no spiral downward movement expected for the token. According to the data available, you can expect the token to keep rising in value. Good news for would-be investors and traders.

Perhaps the optimistic of all the price forecast that we have, analysts at Prevesioni Bitcoin are projecting the token to close the year with a price as high as $9.31. They are pointing at the possibility of mass adoption in the coming that could play a role in boosting the status of the token heavily. It is projected that Tezos will experience a strong market cap, which will give the token a serious rise as a result.

YouTuber Wolf Lopez believes there is a huge potential with Tezos. He is predicting it to ride up to $10 per token. However, he is also hanging his prediction on how long the Bull Run will last in the market. Nevertheless, he believes that it can have a huge run with $10 very achievable in the bull market. You can watch his full briefings here below

Fellow YouTuber Top Coin also holds that the Tezos trend is bullish overall. He projects the token to eventually reach the 7 billion market cap, which will give the token a price of $9. You can the full price prediction for 2021 here:

A Peep Into Crypto Twitter and Its Tezos Price Forecast 2021

Some wild predictions are flying around here. We take a look at some of these predictions.

Twitter users such as Marie are predicting the token to reach as high as $400. Going by market statistics, that is very optimistic. But, it is the crypto market and it can surprise you at times.

Price prediction in the bullrun
Price is dead in bearmarket

Another user Nick posted a reference to an article that feels the bearish sentiment in the market could slow the growth of the token in the market. However, it will find support at the following levels 3.17, 3.01, and 2.68 to push further up.

In this tweet made in early February referencing an article, it was suggested that Tezos could still break its all-time high of $4.5. The analysis in the short term shows that the token is on course to maintain its bullish run, which is a good projection for users and token holders.

How Is the Future Looking for Tezos?

The token was able to survive the bear market to reach a new all-time high of $4.5 and things have been looking good again since February 2020. The rapid rise doesn’t mean you throw caution into the wind.

Overall, Tezos look ready and better equipped for the future than many believe it to be. Nevertheless, it must be able to call on bull support in the market and deliver value on its technological innovations. That way it can keep driving its value up in the crypto market.

This is an unlikely scenario for Tezos, there is nothing to suggest that the coin can push for the $50 mark.

Is Tezos Going to Crash?

It looks like the team behind the Tezos token is not relenting in their effort to continuously improve and develop the token. There have been niggling issues here and there but in general, the token is likely to be around for a long while. So, it is not expected to crash anytime soon.

For a protocol that organized one of the most successful ICO in crypto history and has continuously worked on its product right from launch. There is nothing that screams fraud about the token. It seems very much legit like every legit project out there in the market.

As intriguing as the Tezos project is there have been some downs that briefly threaten the project. It rose over it to bounce back and perform admirably in the market. In general, things are looking good for the project and the value has been steadily rising. The various Tezos (XTZ) price predictions for 2021 we have also point at a good run for the token. It is worth keeping an eye on the project and see if it is a token worthy of your portfolio.

Bitcoin Price Bottoms up from $43k, BTC/USD to Overcome $50k?