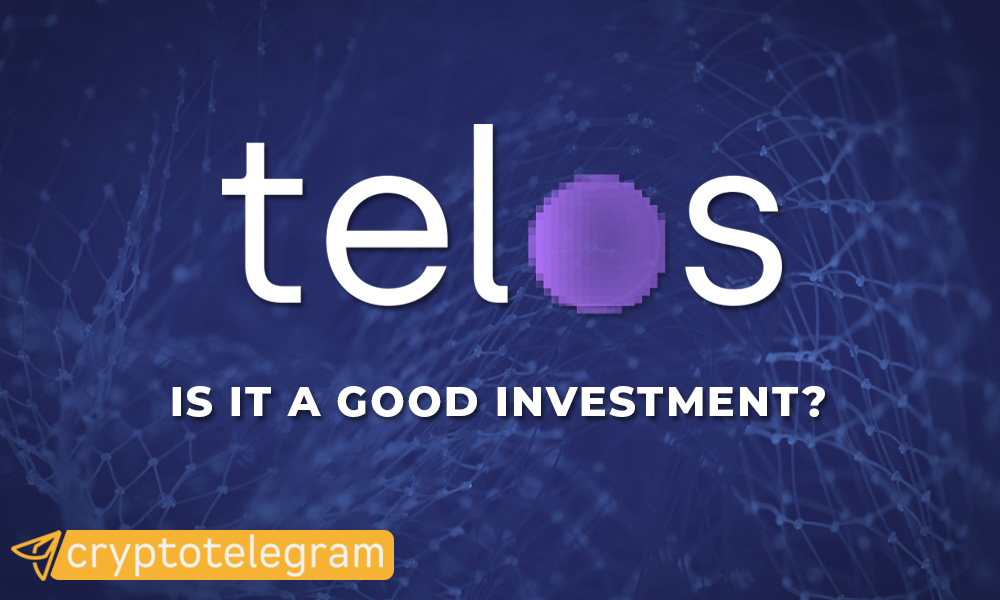 Satoshi Nakamoto had the idea of distributing financial power by eliminating a centralized authority. 2-decades later, the blockchain has grown and interweaved with industries in gaming, NFTs, and DeFi. Telo’s role is powering decentralized finance, blockchain gaming, and social media nonfungible tokens.

By expanding on scalability, DaPP developers on the Telos ecosystem can achieve up to 0.5 per second block duration, and at least a thousand transactions per second. The blockchain also positions itself as an ultra-low-cost solution, where users can also conduct free transactions. In this article, we are going to look at the use case for Telos and establish whether Telos is a good investment.

What is Telos (TLOS)?

The Telos token (TLOS) is the native incentive of the Telos ecosystem. The Telos ecosystem is the first of its kind Ethereum Virtual Machine that enables developers to deploy highly scalable solidity-based applications. Telos’ development team aimed to outpace the DeFi market through efficient tech, adoption, and innovation.

As a result, they were able to come up with a practical smart contracts solution for user-friendly models, evolutionary governance, no-front running, human-friendly names, and bitcoin/Ethereum naming. 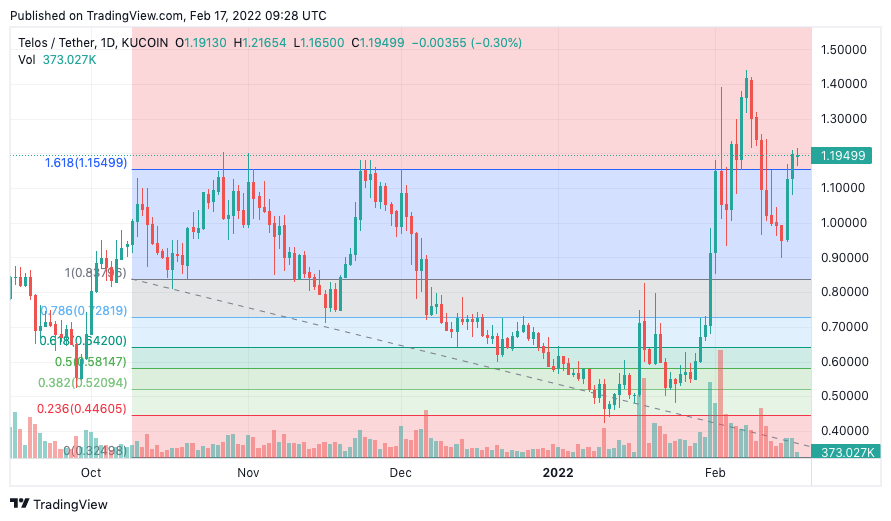 Scalability protocols such as Telos are essential in today’s hypercompetitive web 3.0 industry. The migration from web 2.0 to the decentralized internet has its fair share of needs; and if met, the world will move closer to a more transparent, innovative, and decentralized global economy. As a result, enterprises and individuals will find it easy and flexible to adopt decentralized finance, cryptocurrencies, virtual tokens, and nonfungible tokens.

Telos blockchain is powered by its native virtual incentive, the Telos token (or TLOS). Being the fastest and most scalable Ethereum virtual machine, as well as giving support to two of the most essential smart contracts platforms (Native C++ and EVM Solidity); has given investors and token holders more reason to invest in TLOS. Staunch Telos fans believe the blockchain is going to attract more users in 2022 and rank among the most influential DeFi protocols.

The Telos blockchain has not previously been funded by any large investors. As a result, it lacks the large ‘whales’ that cause market upheaval with a simple tap of a button. This ensures tokenomics remain consistent. With the changes to voting on Telos, users should remain assured that no whales will enter the market.

However, there are now token holders with pools on some protocols that threaten or guarantee transactions depending on their own interests. For example, they can vote for a proposal that benefits them personally even if it would lead to a downward spiral for other token holders.

In principle, this is not a problem as long as there is transparency. However, if the interests are unknown they can lead to problems – right now these ‘whales’ could not switch their vote on a whim so it was predictable who would or would not be voted for.

The Telos Foundation has always been committed to being transparent about its token pools. We have vested interests just like everyone else, however, we have been open about our plans from the beginning.

Technical crypto analysts Altcoin Buzz ranks Telos and Cosmos among the top quality DeFi projects in 2022. The analysts observed that both coins have not shed their value; even after the cryptocurrency market faced a striking bloodbath at the start of the year. He reasons that the price is subject to rising even with a low influx of investors due to its low market cap,

According to crypto YouTuber Ryan Matta, the price of Telos could grow 10X by the start of 2023. Which makes Telos a good investment.

Telos price in 2024 could test $3.92 in case a bull run takes place. However, investors and traders are still concerned about regulations surrounding crypto and blockchains. If the regulatory framework will become clearer by that year, the possibility of a bull run is high.

With the additional assistance of certain collaborations, there is potential for more people to use it and adapt it in the crypto-verse.

The price of Telos could rise significantly if the market focuses on buying the token. By 2025, it might reach a peak value of $5.66.

If the market goes down, the TLOS is expected to decline somewhat.

How do you stake Telos from MetaMask?

There are various ways you can stake TLOS tokens using Metamask. You could take advantage of the Bridge(Transfer) or the staker. Learn more about staking Telos from the official website.

Where can you buy Telos tokens?

The Telos Knowledge base recommends users buy Telos from the Kucoin exchange. However, users should not leave their tokens on the exchange for security reasons. Instead, Telos urges them to transfer their tokens to a secure wallet such as MetaMask or Trust wallet.

How to avoid scammers on Telos?

Telos is a legitimate project and urges users to stay away from any authorized persons pretending to be Telos admins; and who ask for money. If anyone privately messages you pretending to be from the support team, block and report them. Otherwise, avoid sharing your private key and seed phrase with anyone or connecting your wallet with scam websites.

Has Binance or Coinbase listed Telos?

Telos (TLOS) is not already on Binance or Coinbase. However, the TLOS team is working behind the scenes to have the listing by the end of 2022.

Is Telos a Good Investment?

Telos was designed for speed and scalability, making it the perfect network for mainstream acceptance — Telos  NFTs and Smart Contracts are already becoming a game-changer across financial services, gaming, social media apps, and more.

Developers have already deployed hundreds of dApps on the Telos blockchain. The best examples of these applications include Qudo, Seeds, Qubicles, and TaiKai. Developers behind these applications claim the blockchain platform is robust, lightweight, and flexible. Their applications are also enjoying speeds of up to 10,000 transactions per second and 0.5 block durations.

Conclusion: Should you invest in Telos in Now?

Every investment in Telos (TLOS) will pay off owing to its potential and relevance in the Defi sector.

If you want to keep the coin for a long time, this is an excellent investment. To be explicit, these predictions are not always the most crucial consideration in purchasing decisions.

According to experts, factors such as adoption, team, technology stack, and utility influence their findings.

It’s also a good idea to collect your thoughts and then use the predictions to build your viewpoint. Finally, it is important that you do not rely on price projections alone. Conduct your own research and remember that this is not financial advice.

Is Syscoin a Good Investment?

What Is DigitalBits (XDB) And Is It a Good Investment?