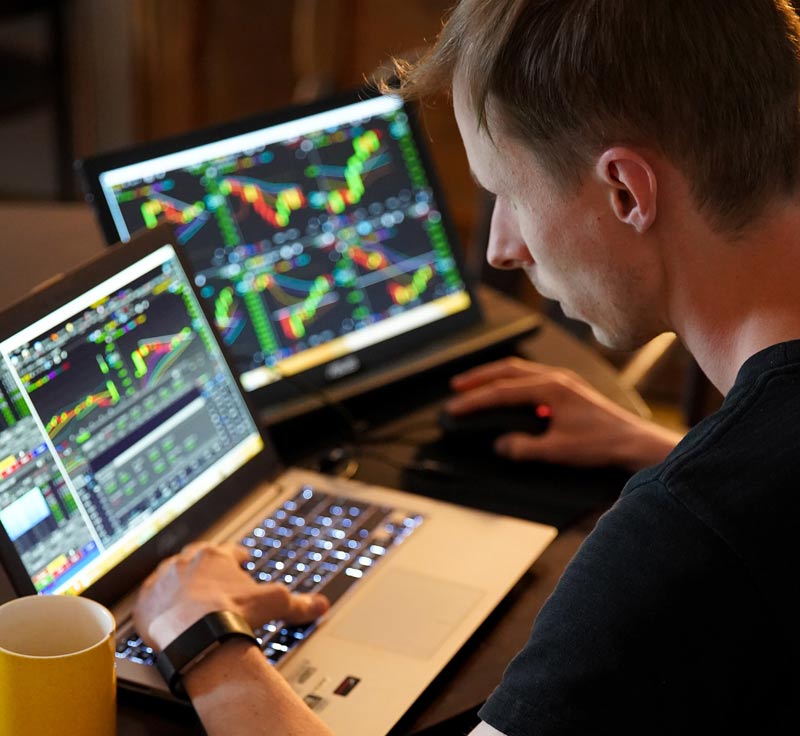 Solana is a high throughput, scalable, and decentralized blockchain.

It is now a stiff competitor of Ethereum and the BSC.

On the other hand, SOL—the native currency is charting in new territory, defying gravity, and “decoupling” with Bitcoin.

For some unexplained reasons, the wider crypto community didn’t have a reason to dump the coin on September 7.

Instead, there was turbulence—reading from the wide-ranging price action. In the late NY session, SOL prices bounced back to close higher.

Accordingly, SOL is now steady week-to-date, only dipping in the early Asian session.

Since SOL is trending at all-time highs and finding resistance at critical Fibonacci extension levels of around 2.618—at $150—prices might recoil.

The apprehension in the broad crypto market and shift back to caution after “partying” in August could spark a minor sell-off, restoring the positive correlation. 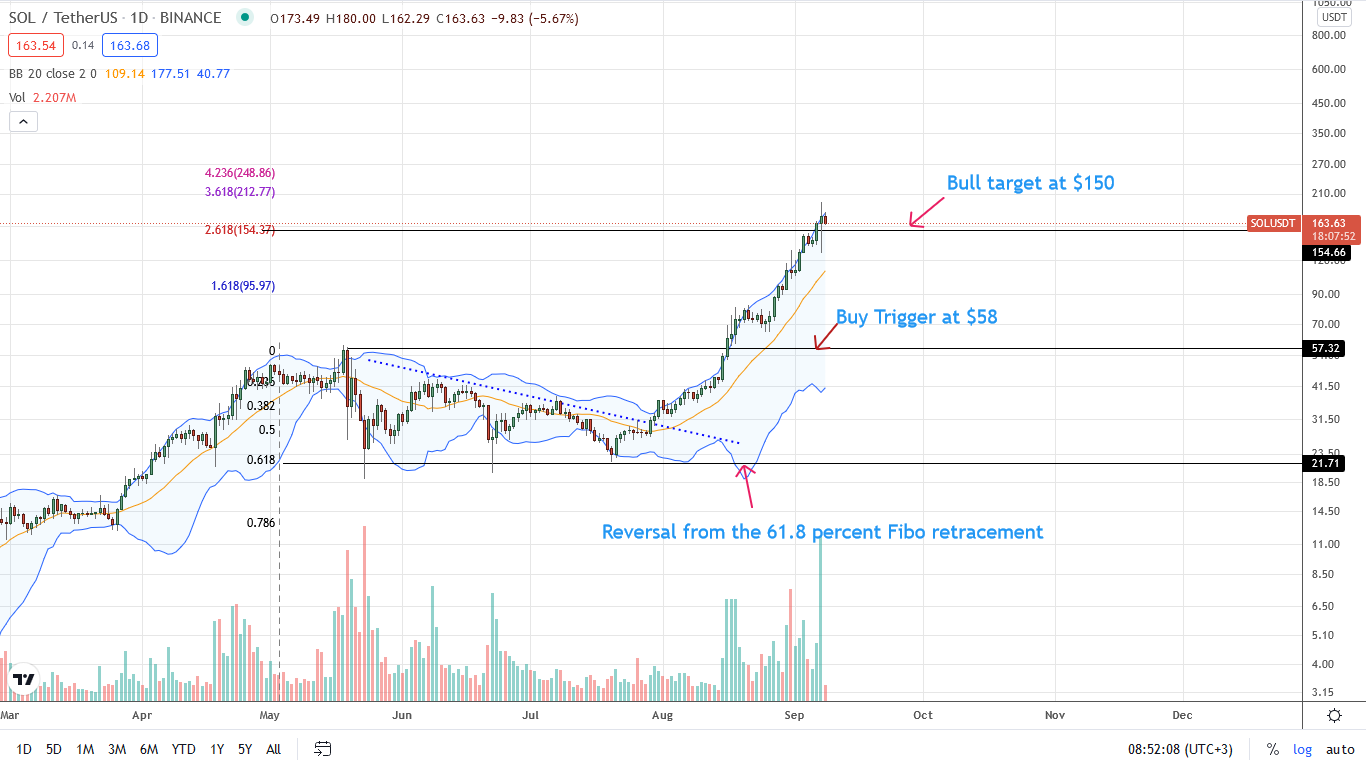 In that case, an opportunity for aggressive traders to fade the uptrend may open up. There, they may unload on pullbacks and swing the resulting downtrend.

Technically, this could be reaffirmed once there is a dip below the 20-day moving average. In that case, SOL prices may slide deeper, as the pull of gravity seeks to bring the market back to equilibrium.

As such, aggressive SOL traders may watch how prices react at the high-low of the September 7 bull bar.

SOL in the State of FOMO

One trader on Trading View concludes that SOL is in a state of FOMO, a zone where other hype coins like MATIC and DOGE found themselves in early Q2 2021.

As mentioned above, the $130 level is September 7 swing low, the immediate target for sellers planning on riding the dip. For this reason, the analyst predicts a deeper retracement of SOL prices back to $130 in the short term.

The lower correction would restore the correlation between SOL and ETH/BTC. These layer-1 coins are now deep in red after the correction of September 7.

At spot rates, SOL is resilient but finding headwinds that may slow down the uptrend.

Another trader thinks it is about time SOL rests.

In his view, the analyst believes this would be normal and would give SOL time to build a solid, healthy base for another wave higher to $250.

There is possible overvaluation in the daily chart. Out of this, there is a possibility of a wave down in a healthy pullback.

Per the trader, SOL might dump to as low as $75, halving from spot rates.

The analyst picks out this zone as a region of support that might also see the coin recover towards $250 without distorting the formation of the rising bull channel.

SOL Completes the Impulsive Wave Up

Meanwhile, another trader observes that the SOL coin has completed the 1-2-3-4-5 Elliot wave formation.

The climactic rise to $150, doubling in less than two weeks, was the fifth wave higher.

Therefore, the analyst thinks SOL prices might recoil back to $40 in a steep correction.