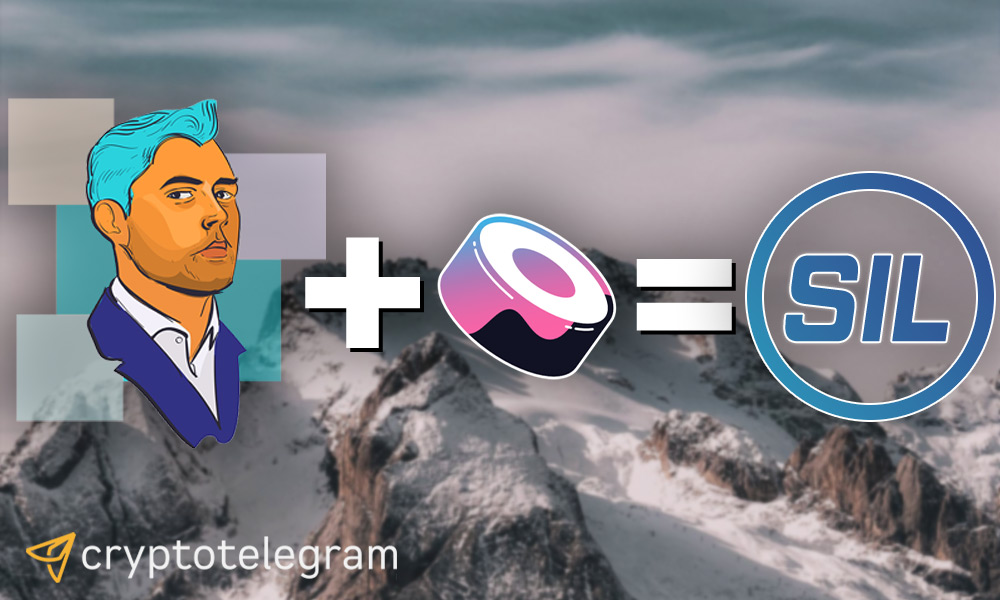 Over the last year, DEFI (decentralized finance) has taken the Ethereum and wider cryptocurrency community by force. DEFI provides financial tools in an open, distributed way. Anyone anywhere can lend, borrow, and gain access to high yield at the tap of a button. No KYC, no questions asked, you just ended an Ethereum wallet. When they say open, they mean it.

One of the shining stars of the DEFI boom has been Andre Cronje, who is famous for founding Yearn. Andre initiated the first ‘fair launch’ of a governance token. The platform’s YFI token was evenly distributed to those who used the platform, and Andre didn’t reserve any for himself as most founding teams do.

Since then Andre has released product after product, each more ambitious and game-changing than the last. Andre’s work has pushed the boundaries of the ecosystem, increasing capital efficiency and tackling entirely new markets, broadening the scope of what is possible in the space.

Because of the incredible reputation, he’s developed, something of a cult has formed around him. Because all Ethereum transactions are public and visible on the blockchain, those who track Andre’s accounts can instantly see when he releases a new contract. Andre famously ‘tests in prod’, meaning that he releases things into the world before they are audited, or even tested. This allows him to stress test an idea or contract design in the real world.

Following Andre has become a lucrative business. Many people have been blindly throwing money at any token he creates, expecting it to be the next big thing in the DEFI space. For some, it has worked. KP3R rewarded those who bought the token without knowing what it was with over 1000% returns in just a few days. Now, Keep3r Network is an established and valued part of the ecosystem, facilitating a network of protocol tasks and workers. If you bought KP3R when Andre first released it you were handsomely rewarded.

It’s not always a happy story, however. Andre makes no promises that a new token is going to be a good investment. In fact, he actively warns and dissuades users from ‘aping in’. When things go wrong, e.g. a bug or exploit the vulnerability, he get’s all the blame. See his recent rant at why building in DEFI sucks for more on that topic.

As an example, those who aped into EMN, the token for a Yearn gaming project known as Eminence were affected by a total loss of funds, with $15 million of dollars lost.

With all that said, it’s time to look at SIL, the latest token from Andre, and why we feel it’s more likely to be a KP3R than an EMN.

SIL was launched recently in the usual style, with no announcement and no real explanation.
But what we do have is a long series of blogs from Andre on the subject. SIL refers to Single-sided liquidity and Impermanent loss prevention.

To give some more background info, Impermanent Loss is a highly misleading term associated with liquidity provision, where investors supply liquidity in exchange for fees and incentive tokens. You could for instance deposit ETH and DAI into the ETH/ DAI Uniswap pool, and earn UNI tokens as a reward. As users interact with the automated market maker pool, swapping between DAI and ETH and using your liquidity, changes in the price can lead to a relative loss of funds. If you exit the pool, those losses would be permanent, so IL is not an accurate name.

Impermanent Loss has dampened many investor’s enthusiasm for liquidity provision.

That’s where SIL comes in.

By only supplying one side of the liquidity pool investors can eliminate impermanent loss. This is a ground-breaking development and would have far-ranging implications for users. The vast majority of DEFI activity uses AMM designs that are vulnerable to IL, whether it’s Uniswap, Sushiswap, or Balancer. The project that can first eliminate IL for its investors will likely see a big increase in liquidity. More liquidity means more volume can be facilitated, which means more fees for liquidity providers. In the case of Suishiswap where stakers earn a share of all volume, this is even better news.

The reason for mentioning Sushiswap specifically is that the protocol has joined forces with Yearn, serving as the ecosystem’s AMM branch enabling easy decentralised token swaps. Under the leadership of 0xMaki Sushiswap has evolved from being a clone of Uniswap to a true force in the DEFI ecosystem.

If SIL becomes the finished product then it will be implemented on Sushiswap.

SIL is part of a bigger story, going all the way back to this story from Andre last year. Andre has been exploring the possibilities of IL prevention and credit for a long time, and multiple products under multiple names have emerged. We’ve had ySwap, yCredit, and most recently Stable Credit.

All projects explore ways of establishing a stable soft-pegged asset for use as with cryptocurrency deposits. If you want to truly understand what’s going on you need to read Andre’s blog posts, and it’s possible that only he fully understands how it all fits together.

Should I buy SIL?

DEFI is an incredibly risky industry, and when we’re talking about buying unconfirmed tokens with no confirmed security or use-case, it doesn’t get much riskier.

But those who are willing to risk losing everything can 10x their investment in just a few hours. Even if the token is ultimately worthless, many are able to buy and sell it and make big profits either way.

In this instance, there’s good evidence to suggest that SIL may just be the next winner.

Why do we think that?

Firstly a series of cryptic tweets from Andre has led many in the community to the conclusion that SIL is being queued up as the big reveal expected tomorrow.

The message “wzdfchsqhwcbgwbuzsgwrsrsldcgifs” was cracked to expose ilprotectionsinglesided. Otherwise known as ‘4th’, it was confirmed to be SIL via this tweet below

This proves that Andre’s #4 project from the tweet is SIL, and it’s likely going to be a game-changer. The Medium post outlining Sushiswap’s roadmap for 2021 confirmed the theory about mystery #4.

This year I hope to see a strong focus on capital efficiency, not only in ycosystem.

The ability to be able to share capital, not in a fractional reserve sense, is unique to defi.

This will not allow deposits & withdrawals, those functions are only for advanced users, but if you are participating, you can use the dashboard to track your positions pic.twitter.com/zwVnnohHn4

Institutional Investments in Bitcoin: The Most Important Trend in Crypto

Why Cover Protocol May Now Be The Investment of a Lifetime