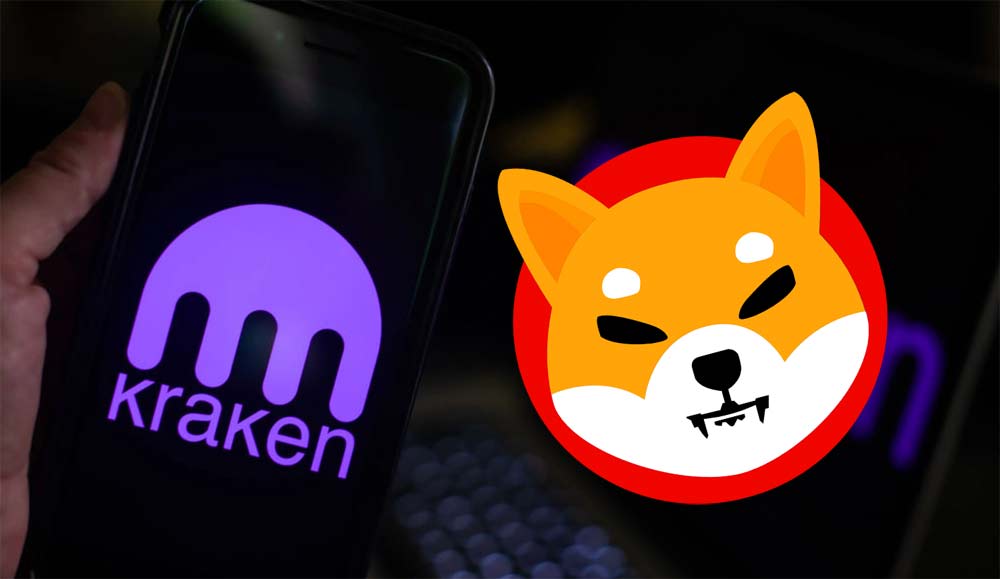 SHIB or Shiba INU is another meme-coin success story. No doubt. Rarely do we see projects’ valuation soar 10X in days.

Stuff like this only happens in crypto, and SHIB is a prime example of this rare occurrence.

SHIB followers are now neck-deep in cash, and some are so rich, they are retiring altogether.

Like Dogecoin, the project aims to make crypto fun.

And with fun, there is speculation since SHIB, after all, has non-existent utility apart from making holders rich in a FOMO.

The sole existence of the Shiba INU is to destroy DOGE and flip it—which it has.

Even if SHIB doesn’t hit $0.01, according to Ryoshi, the anonymous founder, its goal would have been achieved since there are gazillions of SHIB tokens in existence.

Multiplying the gazillion of SHIB in circulation at their current prices give it a market cap of $37.2 billion—placing it above DOGE at $36.2 billion and more than twice the valuation of the Terra project.

While the excitement is palpable and understandable following the token’s sharp price expansion in late Q3 2021, the question is whether the last fool has been sold. If it has, a correction might be imminent.

Even so, it may be hard to call top and catch a falling knife considering the level of publicity of SHIB and the hysteria around meme coins. 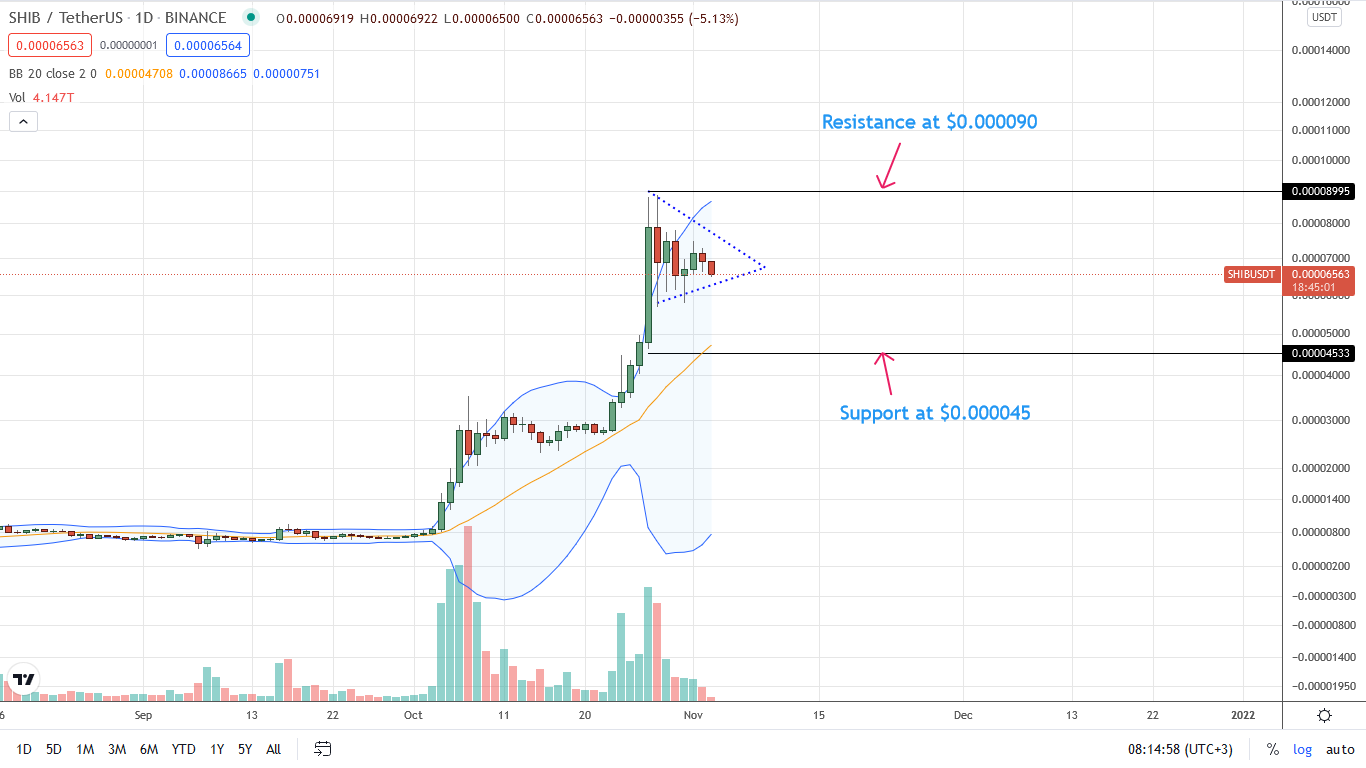 When writing, SHIB prices are consolidating just below the all-time high registered in October at $0.000090.

Technically, SHIB/USDT prices are in a wedge, a bull flag with decreasing volumes. This bear divergence pattern might be telling, indicating weakness.

However, leaning on caution, the best approach is to trade with the chart.

A trader on Twitter is bullish on the Shiba INU prospects.

Based on his daily chart analysis, the trader expects a break above the pennant (bull flag).

In that case, the token would not only shoot above the recent resistance level at $0.000090 but will also fly to new all-time highs above $0.00010 in continuation of the trend.

Optimistic as the trader appears, the upthrust would depend—and accelerated—by sentimental and fundamental factors.

These two determine the pace of the uptrend and the strength of the underlying momentum required for SHIB to blast past local tops.

The contrast of another trader also shows on Trading View.

Although bullish, the analyst is cautious and adds that SHIB/USDT prices are shaky at spot rates.

The trader cites the wavy crypto prices due to weak and consolidating BTC prices.

The inability of the digital gold to edge higher has subsequently forced Shiba INU lower.

Per his view, traders should wait until strong confirmations of trend form via a breakout in either direction.

According to a YouTube trader, SHIB prices are likely to rise ahead of their listing on the Kraken crypto exchange.

The regulated ramp is one of the most actively used–presenting a positive fundamental factor providing more liquidity and accessibility to the coin.

Even after the expansion, the trader predicts a cool-off boxing SHIB within a range above $0.00070.

Ripple Breaks Out Above a Pennant, XRP/USDT May Retest 2021 Highs at $2