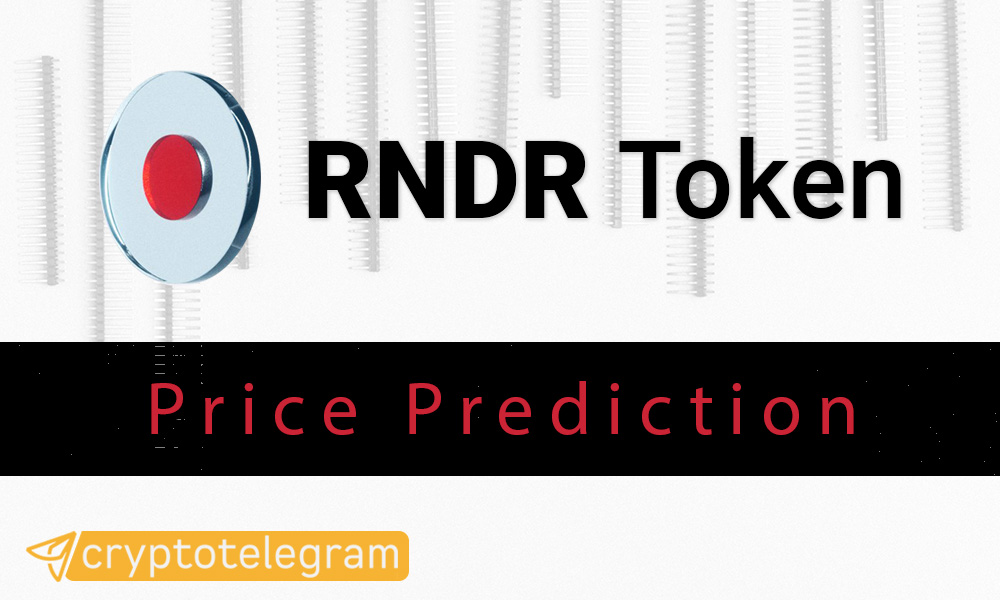 Anybody who has worked closely with 3D designs, effects, and animations knows how burdensome these procedures can be to a computer. Rendering the final product can last hours or even longer, depending on the type of project. For this reason, individuals with the most powerful top-end machines have always edged their competitors in this regard.

Nevertheless, with the advanced networking capacity of blockchain and cloud technologies, it is now possible to leverage the dormant computing power of other people to expedite the rendering process and massively enhance the entire experience.

Render token project presents digital creators with a multitude of opportunities. The blockchain-based project was developed to provide digital creators with distributed GPU solutions by enabling users to share their computing power seamlessly. Furthermore, to incentivize their efforts, the users are rewarded with RNDR tokens which can be traded on various exchange platforms. The Render token project is hosted on the Ethereum network.

What Is an RNDR Token, and How Does It Work?

RNDR refers to an ERC-20 standard utility token of the Render network used by digital creators to exchange GPU compute power. The token leverages a mix of both manual and automatic proof-of-work consensus, which in this case can be described as proof-of rendering. The nodes must verify the entire art has been rendered before disbursement of payment and discharging of the work.

RNDR payments are held in an escrow before the completion of the rendering process. They are released to the networks providing the GPU compute power after the rendered work is manually verified by the assigning digital artist. To ensure both parties are secure, the Render network watermarks all the assets rendered on the network until payment is effectively settled. After the payment is made, the un-watermarked work is now available for download.

There are various ways to create a reliable Render price prediction. For instance, you can assess the ongoing projects or other expected target goals over the coming years. In addition, cryptocurrency prices are impacted by forces like important global news or economic statistical reports. That means current events and tracking the Render token price movements can give traders an edge over the market when they wish to buy and sell the token in the long run.

Although technical analysis is essential to identify entry and exit levels, a combination of fundamental analytics tools will help to give a better picture of the general trend of Render token based on upcoming global events. At the same time, fundamental analysis can assist traders in staying alert of breaking news that has sudden and unexpected price changes despite what the chart shows.

The general trend of the crypto market, current events, investor sentiment, and Render’s essential utility in the creative world suggest that the Render token can reach the $1 price level by December 2021. Nonetheless, the $1 target is possible if the current trend surges and the underlying team of developers continue improving the network. 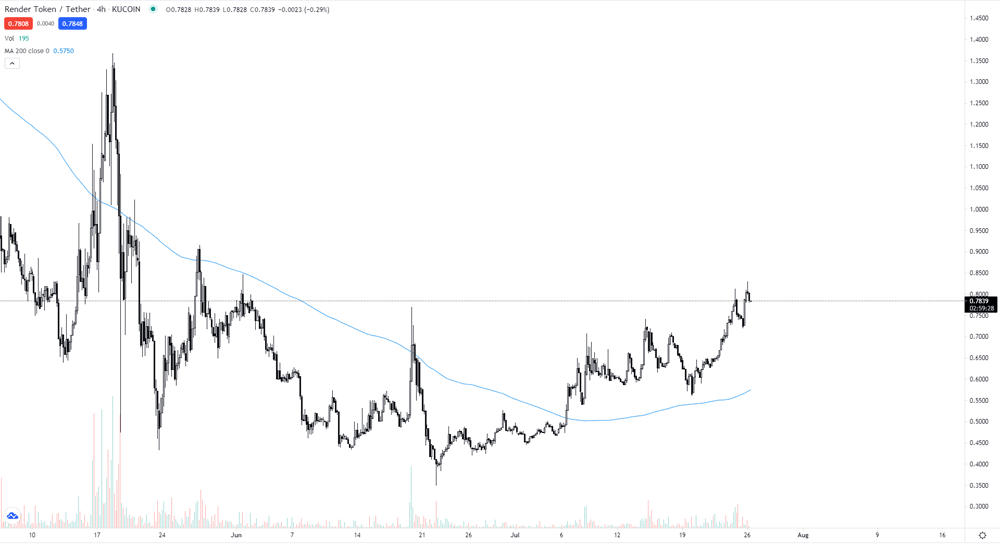 If you are weighing on joining the action and wish to glimpse the future prices of Render tokens over the coming years, have a look at the market predictions we have prepared.

Although these are predictions from market analysts, you can take advantage of Render price movements to buy and sell at a profit target with a better market analysis.

We have reviewed the historical data based on the previous price, Render 24-hour trading volume, and total market capitalization.

Render token is predicted to record new price levels throughout 2021 based on deep technical analysis. In August, the Render token is expected to trade around $0.84. Other estimates suggest that the Render price value will record a maximum level of $0.94 and an average trading volume of $0.92 of the same month.

In January 2023, the Render token is forecasted to hit an average monthly limit of $1.64 per the market forecast and technical analysis. During the same month, the Render token will trade at a minimum value of $1.49 and a maximum of $1.69.

From February, the Render token will likely record the lowest possible level of $1.63 and end mid-year at a minimum value of $1,84. The third quarter may see the Render price reach an average trading price of $2.06 and end the year at a maximum value of $2.53.

In January 2024, the Render price is estimated to breach the $2.41 price level and close at a maximum value of $2.48 of that month. Render maximum value is predicted to increase month-on-month during the year.

By the end of last quarter, the RNDR token estimated lowest possible level is $3.24 with an average trading price of around $3.33.

Render token is predicted to reach a minimum level of $3.17 and a maximum of $3.6 in January 2025. The market forecast and technical analysis indicate that the Render token estimated minimum value of $3.51 in February would increase each month steadily and end the year at the lowest possible level of $4.6.

Is RNDR Token a Good Investment?

Just like other crypto investments, various sets of risks encircle the Render token. Beginners or other crypto enthusiasts may join the action with huge expectations, but it’s wise to have realistic profit targets when buying or selling Render tokens. However, Render seems to be a worthy investment in the long term due to its essential utility in the creative industry.

Whether you plan to buy, hold and sell, use a combination of technical and fundamental analysis to identify entry and exit levels when trading RNDR tokens on your preferred crypto exchange. This means you have to keep close track of the market, upcoming global events, social media sentiments, and the current market conditions to determine when to trade Render tokens.

Over the coming years, many market analysts have forecasted a higher potential for Render tokens if the team of developers picks a pace in offering better products that will receive global acceptance quickly.

To sum it all, Render tokens are volatile, creating an ample opportunity for day traders or full-time traders to generate profits often as the price moves from one particular level to another.

Ethereum Ready for a Moonshot, ETH/USD Prices Set for $2.9k?