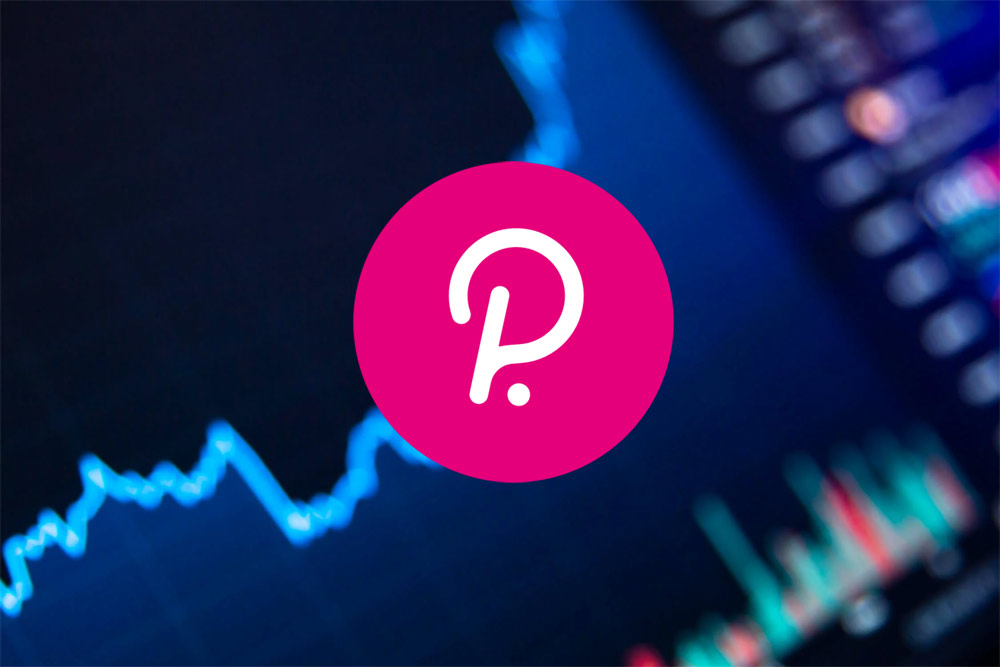 Polkadot is about interoperability and creating an internet of blockchains.

Thus far, Parity Technologies and Gavin Wood have been successful.

Polkadot is, most importantly, taking shape. The announcement of the Polkadot slot auction was the icing on the cake.

Technically, it meant Polkadot is scalable since 100 Parachains and Parathreads can plug into the Relay Chain, drawing its security from the central nerve keeping Polkadot together. Several projects, like Acala, have received the pre-requisite number of votes and will be the first Parachain on Polkadot.

Meanwhile, the Polkadot Slot auction was expected to be a fundamental driver of prices. However, there was a swing higher on announcement before DOT prices pulled back in subsequent sessions to spot levels. 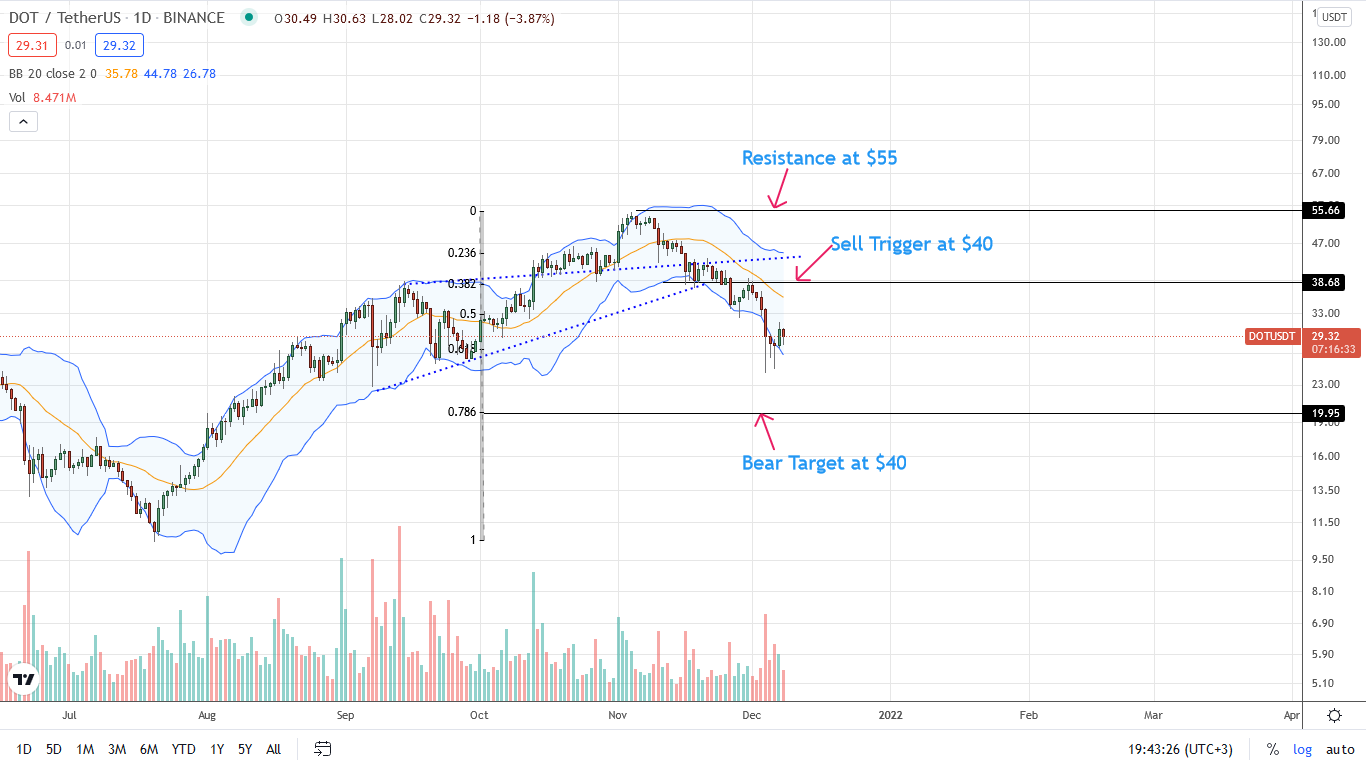 When writing, DOT bulls are down over 50 percent from all-time highs of early November 2021. Even still, observers maintain that Polkadot is a fundamentally sound project.

As it continues to realize and achieve some of its major milestones, the platform will anchor quality projects seeking security and interoperability. These are distinctive features available in Polkadot, a platform built by a team of experienced developers with previous core experiences in Ethereum.

From the daily chart, DOT is within a bear breakout pattern. Sellers are in the driving seat, forcing DOT roughly 50 percent from peaks.

Although there are hints of strength when writing, the path of least resistance is southwards. This outlook will continue to apply provided DOTUSDT prices trend below December 4 bear bar at $33 and $40—the round number—previous support now resistance level.

Currently, there is a three-bar reversal pattern from last week’s lows at around $25. Polkadot buyers must sustain prices above this low. Failure could draw more sellers, pushing DOT towards $20—the 78.6 percent Fibonacci retracement level of the H2 2021 trade range.

Polkadot Is “Hard To Ignore”

Even in the face of strong selling pressure, it is hard to ignore Polkadot at spot rates.

I expect it to bounce to the 0.382 Fib level 📈#Polkadot pic.twitter.com/IoppBQ3v2E

According to one trader on Twitter, DOT prices are now finding decent support at a reliable cluster zone.

From the analyst’s preview, DOT will likely bounce back towards the $40 level, a shot in the arm considering how sellers have been brutal.

If that is the case, the odds of DOT rebounding to $50—or better—as value traders flow back, sense opportunity, and pump the coin to a new high.

However, it would be doom for Polkadot if bears double down, forcing DOT below $25—last week’s lows. This will nullify the bullish outlook, confirming sellers of last week.

DOT has a “Classic Pullback-Long Pattern”

Another trader is undeterred by recent DOT losses.

If anything, the trader observes, it could be about time to go long on the coin, buying in dips.

#Polkadot is trending – Look on the 15min chart how a pullback to the EMA-21 was used as long entry and created higher highs and lows since Monday. This is what I call a chartbook pullback-long pattern. $DOT #DOTUSDT #DOT pic.twitter.com/Vtf9lZTvXO

From the performance in the 15-min time frame, prices are edging higher after recent losses, bouncing back from the EMA-21.

Another trader concurs with the trader’s preview, saying DOT is bullish in the weekly chart.

Polkadot: On the weekly timeframe, there is a bullish pattern – H&S. If this pattern works out, then I expect the price to rise to $270 in 2022. Is such an option possible? pic.twitter.com/Hz2Q2u1Bcz

Notably, there is an inverted head-and-shoulder formation—a bullish pattern. If DOT prices edge above $50, the probability of DOTUSDT tearing 4X to over $220 remains high.

Ethereum Drops 20% as ETHBTC Retests September and May 2021 Highs; Will ETH Float above $3.8k?

Litecoin (LTC) Rebounds from Multi-Week Support, Is This a Relief Rally to $200?