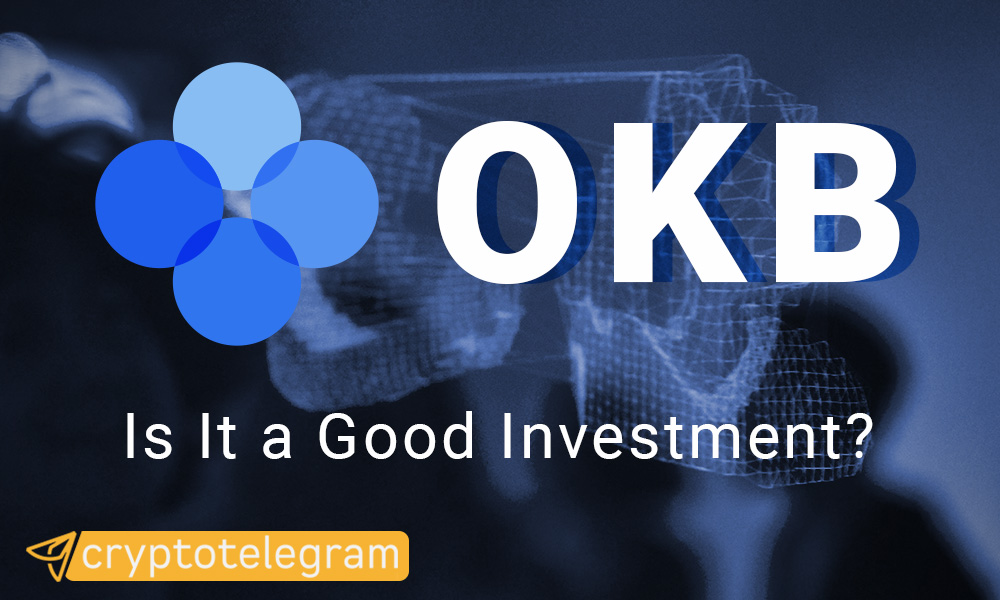 When it comes to deciding if a particular crypto coin or token is a good investment or not, it’s always essential to first take a look at who’s behind a project. Only the cryptocurrencies with solid backing can be a good investment in the long term. Because of that, digital currencies launched by major exchanges like OKEx and Binance have been gaining a lot of momentum recently.

OKB is a great example of cryptocurrency created by a big exchange, and the OKB price has been growing at a rapid pace. But what is the OKB token specifically, and is OKB a good investment to make in 2021?

What Is the OKB Token?

OKB is the digital currency launched by the popular crypto exchange OKEx. OKEx is a centralized exchange headquartered in Malta, which started operating in 2017 and has gained a great reputation among blockchain enthusiasts ever since.

Although OKEx might be considered a relatively new exchange, its history can be traced to the Chinese cryptocurrency platform OKCoin, created by two veteran blockchain entrepreneurs named Jay Hao and Mingxing Xu in 2013.

OKEx is quite similar to other major cryptocurrency exchanges such as Binance or Coinbase, but it also has some unique aspects. For example, OKEx includes an integrated cloud mining platform, as well as a variety of unique crypto investing products, such as crypto options and derivatives.

OKCoin and its successor OKEx have managed to gain massive popularity among blockchain investors around the world. Currently, OKEx is the third-largest crypto exchange in the world when it comes to liquidity, and fourth-ranked by trading volume. Because of that, many people agree that OKB is a good investment, as it is backed by one of the strongest players in the blockchain ecosystem.

Most analysts and experts agree that OKB is a good investment

The Use Cases of the OKB Token

OKB is a unique digital asset that enables the users of the OKEx platform to access a great number of extra features. The most popular use case of the OKB token is paying fees on the OKEx exchange, which can result in a discount of up to 40%, depending on the specific amount of OKEx tokens held by the user.

Another use case of the OKB token is allowing the token holders to participate in the governance of the OKEx platform. In other words, all OKB token holders are eligible to vote on important issues concerning the future development of OKEx.

Finally, the OKB token can also be used simply to produce additional profit for the holders. OKB tokens can be staked to create passive income, and they can also be utilized in the OKEx Earn service to increase the staking earnings generated by other digital assets held by the user.

Of course, OKB tokens are also often being purchased by people who don’t even have an account on the OKEx exchange. For many blockchain enthusiasts, OKB tokens are a good investment to make simply because they are a solid cryptocurrency with strong backing in one of the biggest crypto trading platforms on the market.

OKB is an ERC-20 (Ethereum-based) token, which means that it can be stored in all crypto wallets supporting the ERC-20 token standard, and traded on most ETH-based DEXs (decentralized exchanges) like Uniswap.

The total supply of OKB tokens is 300,000,000 OKB. However, the circulating supply is only 60,000,000 OKB. The OKEx cryptocurrency exchange often conducts OKB token burnings to assure that the OKB price grows organically, which means that OKB is a good investment as its value is expected to appreciate in the long term.

The OKB token reached its current all-time high of $44.17 on May 3rd, 2021. Since its launch, OKB has managed to provide a considerable return of investment of over 569% to its holders, which proves that the OKB token is a good investment.

The OKB token is backed by one of the largest cryptocurrency exchanges on the market, so it’s not surprising that most OKB price forecasts are very bullish. However, there seems to not be a definite OKB price target for the end of 2021, and specific numbers vary depending on the source.

One of the most conservative OKB price predictions was provided by the website DigitalCoinPrice.com. According to the site, the OKB token price will reach $16.76 at the end of the year, and the value of OKB will continue to grow in the following years.

An even more bullish OKB price prediction for 2021 was posted by the popular price forecast website. Gov.capital. According to Gov.capital, the OKB price can even reach $33.75 by the end of 2021.

OKB Price Forecasts According to the Experts

A large number of crypto analysts believe that the OKB token is a good investment, and many blockchain experts seem to agree that the OKB price will reach the range of between $20 and $30 by the end of the year.

For example, a blockchain analyst going by the name Wolf Lopez gives $20 as his OKB price prediction for 2021. However, he also mentions that potentially the OKB token could reach a much higher price for that since OKB can be compared with the Binance Coin (BNB) which currently trades for over $200.

The popular channel Crypto Talk Central is much more bullish with its OKB price prediction for 2021. According to Crypto Talk Channel, the price of the OKB token at the end of the year will be at least $40 and might grow much higher in the following years.

Where Can I Buy OKB?

OKB can be purchased on its native exchange OKEx, as well as on many other exchanges such as Hotbit, Gate.io, and FTX. Since Binance and Coinbase are direct competitors of OKEx, it’s not possible to buy OKB tokens on these exchanges.

OKB is likely to eventually reach $100 because of its strong fundamentals, a large number of use cases, and the fast rate of growth of the OKEx platform. The majority of blockchain experts believe that OKB will not reach $100 by the end of the year.

Most analysts and experts agree that OKB is a good investment. Unlike many altcoins which are not backed by anything, the OKB token is backed by one of the largest centralized cryptocurrency exchanges in the ecosystem. Because of that, the OKB price is expected to continue growing in the future.