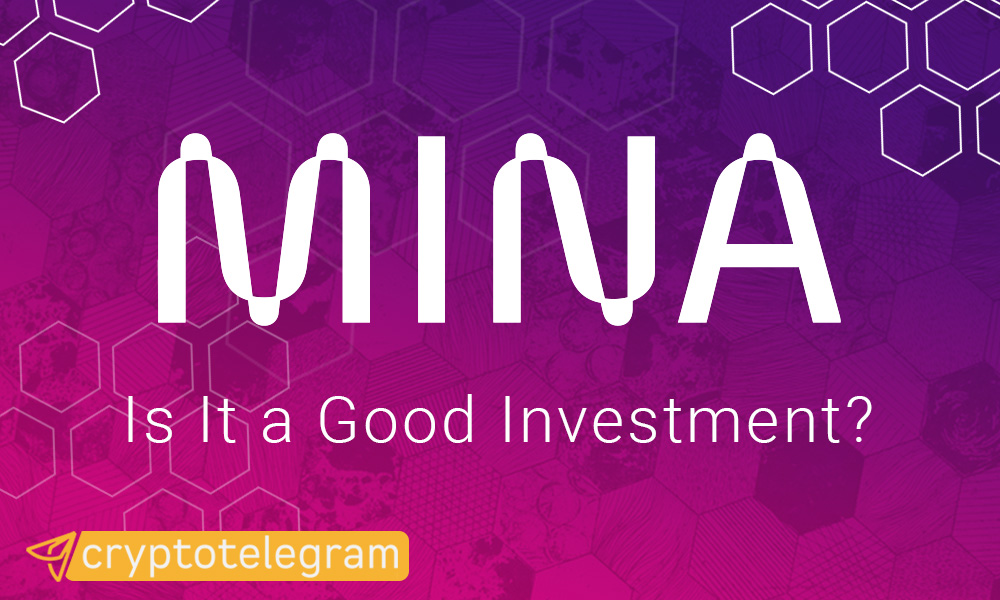 As time goes on, more and more new blockchain projects appear in the crypto ecosystem, and they are often bigger, more complex, and more difficult to understand. Furthermore, even running a node of almost any cryptocurrency on the market requires a high-end computer. Mina Protocol is different – it’s the world’s lightest blockchain that everyone can run. But what is MINA really, and is Mina Protocol a good investment to make in 2021?

What Is the Mina Protocol?

Mina Protocol is a very minimalistic, small, and lightweight blockchain. The size of the entire Mina blockchain is only 22kb, which means that the Mina Protocol is millions of times smaller compared to the Bitcoin blockchain, which currently is 350GB and constantly grows with each new BTC transaction made.

Mina Protocol is able to be so minimalistic through the utilization of technology called Zero-Knowledge Succinct Non-Interactive Arguments of Knowledge (zk-SNARKs). zk-SNARKs made it possible to authenticate data by verifying small cryptographic proofs, instead of revealing the data itself.

In other words, the user doesn’t have to be involved with any unnecessary data – everything that is actually needed to run a node and process transactions is compressed to the form of zk-SNARK-compressed proofs. Because of that, anyone can run a Mina Protocol node, which makes it much more decentralized, democratic and inclusive compared to other blockchain projects.

The large size of most blockchains is one of the main causes for the slow speed of crypto adoption. Mina Protocol has a chance to change it, which is a reason why so many blockchain experts think that MINA is a good investment.

The History of the Mina Protocol

The project currently known as the Mina Protocol started being developed in June of 2017 by a US-based company called O(1) Labs. However, MINA was originally named Coda Protocol and was only rebranded to its current name in 2020.

In April 2021, Mina Protocol was able to raise funds worth over $48,000,000 in total which helped to massively advance the development of the project. Currently, MINA is still a relatively new and greatly undervalued project, which is why many analysts think that the Mina Protocol is a good investment, and might be one of the most promising and technologically innovative altcoins on the market.

MINA Price Predictions According to the Crypto Community

If the crypto community is correct, the Mina Protocol might be one of the most undervalued hidden gyms in the blockchain ecosystem. MINA definitely has a lot of room for growth, and many people are convinced that it can rapidly grow in price by 50x or 100x by the end of the year.

According to a survey created by the Twitter user Wolf of Canary Wharf, the majority of people are convinced that the Mina Protocol price will reach $50 or more in 2021. Almost 70% of the surveyed have picked this option:

However, another Twitter poll made by the user Bitcertain, where the possible answers were more bullish, showed a different result. According to this survey, almost half of the respondents believe that the MINA price will be able to surpass $100 by the end of the year.

$mina @MinaProtocol price prediction by the end of 2021

Mina Protocol Price Forecasts Made by the Experts

Professional crypto analysts share the opinion of the crypto community that MINA is a good investment and a technologically groundbreaking project with great potential. It’s not surprising that many analysts are convinced that the MINA price can skyrocket at any moment.

For example, the popular channel Token Revolution claims that MINA is a revolutionary blockchain project capable of disrupting the current crypto ecosystem. According to the Token Revolution, the Mina Protocol is a coin that can increase in price by 100x. If that were to happen, the MINA price would reach $100 or more.

The crypto researcher going by the name Crypto Anxiety is another Youtube expert convinced of the massive potential of MINA. Just like the Token Revolution channel, Crypto Anxiety claims that the Mina Protocol price will appreciate by 100x in the foreseeable future.

Of course, not all crypto researchers share the exact same opinion, and not everyone agrees that the MINA protocol price will increase by 100x. Some experts are more bearish, but some are much more bullish. For example, the blockchain analyst going by the name Crypto Sailor believes that MINA will grow not by 100x but by 1000x and that the technology behind the Mina Protocol is so incredible that the MINA price can even reach $1000.

On the other hand, some people are slightly more cautious. The popular channel Altcoin Disrupt gives a more moderate MINA price prediction for 2021 and claims that the Mina Protocol price will only reach $25 by the end of the year.

Where to Buy MINA Coins?

Since MINA is a relatively new digital asset, it has not been listed on leading exchanges such as Binance or Coinbase yet. However, MINA is available for purchase on exchanges like Kraken, OKEx, Gate.io, and CoinEX.

Almost all experts and analysts are firmly convinced that the Mina Protocol is an incredible project with tremendous technologic potential, and one of the most undervalued coins on the market. It’s very likely that the Mina Protocol price will reach $50 in 2021, however, some MINA price forecasts are slightly more bearish and some are more bullish and predict that Mina Protocol will surpass $100 or more by the end of the year.

So, is MINA a Good Investment?

Generally speaking, all blockchain projects built on strong technologic fundamentals prove themselves to be good long-term investments. Since crypto researchers agree that the Mina Protocol is one of the most advanced blockchains on the market, it’s safe to say that MINA is a good investment to make in 2021.