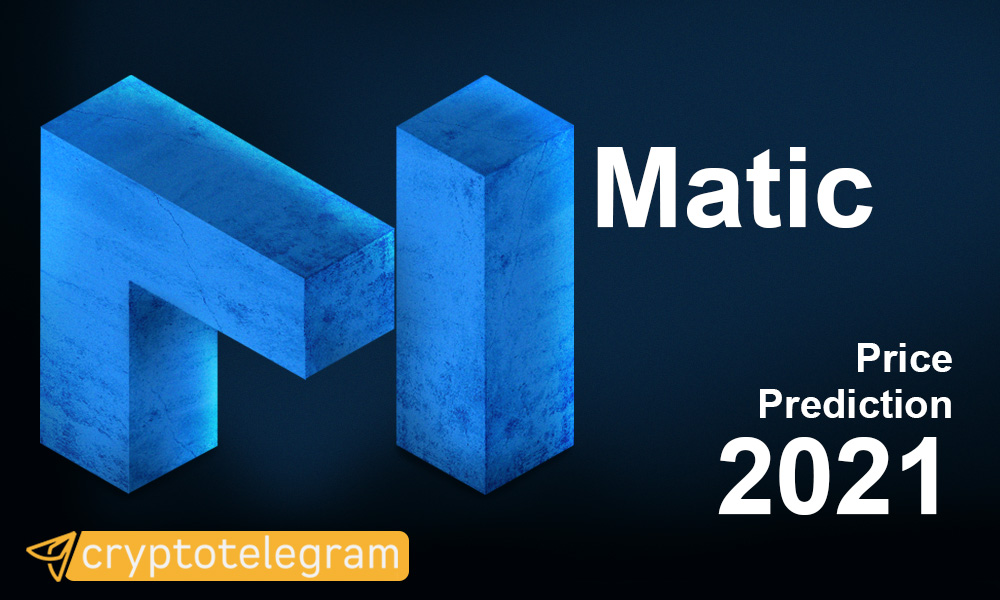 The altcoin market is looking extremely bullish right now, and investors looking for the most profitable alternative cryptocurrencies are turning their attention to Matic. Matic is definitely one of the tokens that could already be declared one of the biggest winners of the ongoing crypto bull run.

From this article, you will learn why the Matic Network has been gaining so much popularity lately, and you’ll get to know what are Matic price predictions for 2021 by popular crypto influencers.

Matic is a solution designed to drastically enhance the Ethereum network – the biggest altcoin network in the world, and the second-largest blockchain surpassed only by Bitcoin.

Essentially, Matic adds a second layer to the ETH network. In the past, Ethereum was known to have some problems during times of peak volume, which made the ETH and ERC-20 transaction fees and times very high.

The Matic Network is a decentralized ecosystem that makes it possible to create Ethereum side chains. These side chains can be used to relieve some pressure off the main ETH network, and decentralized applications (dApps) built on Matic can be faster, cheaper, and more effective than if they were built on the Ethereum mainnet.

The most important thing about Matic is the fact that it doesn’t intend to replace the Ethereum network – instead, Matic serves to greatly enhance and improve the ETH blockchain. All transactions, decentralized applications, and smart contracts made with the Matic Network are faster and have lower fees than the mainnet ETH solutions, but Matic is fully compatible and integrated with the basic Ethereum blockchain.

The Matic Price Performance So Far

Matic has been one of the best-performing assets of the past month, and for a good reason. The current bull market made cryptocurrencies extremely popular, which also greatly raised the pressure on the Ethereum network. When the fees and transaction times on the ETH blockchain became unbearably high, people turned to Matic as the best solution to make Ethereum more efficient.

Matic was launched in 2019, which makes it one of the relatively new cryptocurrencies. In a short time, it managed to gain significant popularity. However, Matic is still considered to be one of the most undervalued blockchain projects. Since the Matic token is expected to become one of the top 50 tokens by market capitalization soon, Matic can appreciate in value even more. 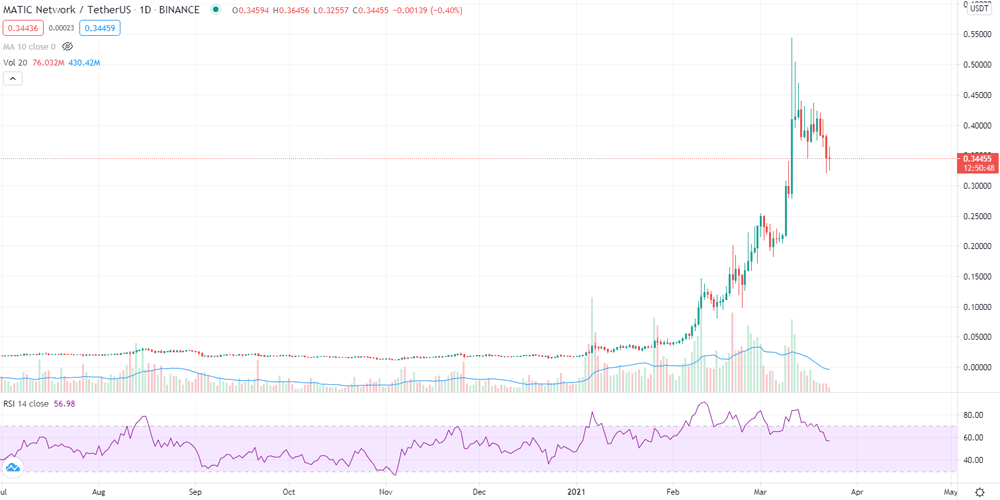 Automated price prediction services use algorithms to establish the future performance of an asset based on the market performance so far. Automated predictions are almost always bearish as they don’t take the technical fundamentals of a project into consideration, but they are very useful in determining the minimal possible growth of a token.

One of the most popular automated price prediction websites is Digitalcoin. According to the platform, the Matic price won’t become higher than $0.34 in 2021. Although the algorithms used by Digitalcoin predict that Matic can surpass $1, the website claims that it’s very unlikely that this will happen before the end of the year.

Another widely used website is Gov Capital, which gives a very similar Matic price prediction to Digitalcoin. According to the website, Matic won’t be worth more than $0.33 at the end of 2021, and it can even possibly be worth less than that.

The Matic Price According to Experts: Is $2 the Most Realistic Prediction for 2021?

Almost all experts and analysts agree that the Matic price will continue to grow. Researchers which take fundamental factors into consideration come to much more bullish conclusions than the automated crypto forecast platforms.

One of the most in-depth analyses of the Matic charts was provided by Coin Quora, which gives a very optimistic $3 Matic price prediction for 2021. However, Coin Quora’s researchers stress the fact that it’s the most bullish possible forecast and mentions the $1.76 level as a much more realistic prediction.

A similar forecast was given by the popular website Coinpedia. According to the Coinpedia analysts, Matic can surpass $2 by the end of 2021. Although Coinpedia believes that the Matic token can even reach $5 in the future, it’s unlikely that it will do so before 2023.

Can the Matic Token Grow by 5x Soon?

Many YouTube analysts believe that the Matic price can grow by five times in the near future. The combination of technical and fundamental analysis points out the fact that the Matic Network still has a lot of room for expansion, and if Matic’s market capitalization would rise by 5x, and the token would surpass the $2 level.

One of the analysts who arrive at a similar conclusion is Ryan Matta. The precise Matic forecast given by Matta is $2.25. Although the researcher believes that Matic can become even more valuable than that and trade for as much as $4.50, it’s unlikely that it will happen before the end of the year.

The same opinion by the popular YouTube channel Token Metrics. According to Token Metrics, the most important factor when it comes to Matic price forecasts is taking the market cap into consideration. Because of how undervalued Matic is, the price rising by 5x seems entirely possible, and it’s very likely that Matic will be worth at least $2 by the end of 2021 if that happens.

Some community members publish their forecasts that claim Matic will rise to a level much higher than $2. For example, the Twitter analyst going by the name Crypto Kermit believes that Matic can even reach $5 by the end of 2021:

The experts are convinced that Matic is one of the most promising projects in the ecosystem and that the Matic will definitely reach $5 at some point. However, it’s rather unrealistic to think that it will happen in 2021. Most analysts believe that Matic won’t be traded for $5 before 2022.

High fees and transaction times are some of the most serious problems troubling the Ethereum network. During times of peak volume, Ethereum can be so congested that sending ETH transactions becomes impractical. Matic solves that issue altogether, which is why the Matic Network has been so successful lately.

The most realistic Matic price prediction shared by a large number of experts seems to be $2. But even if the Matic token would trade just for $1.7 or even $1.5 by the end of the year, it would still make Matic a very attractive investment.