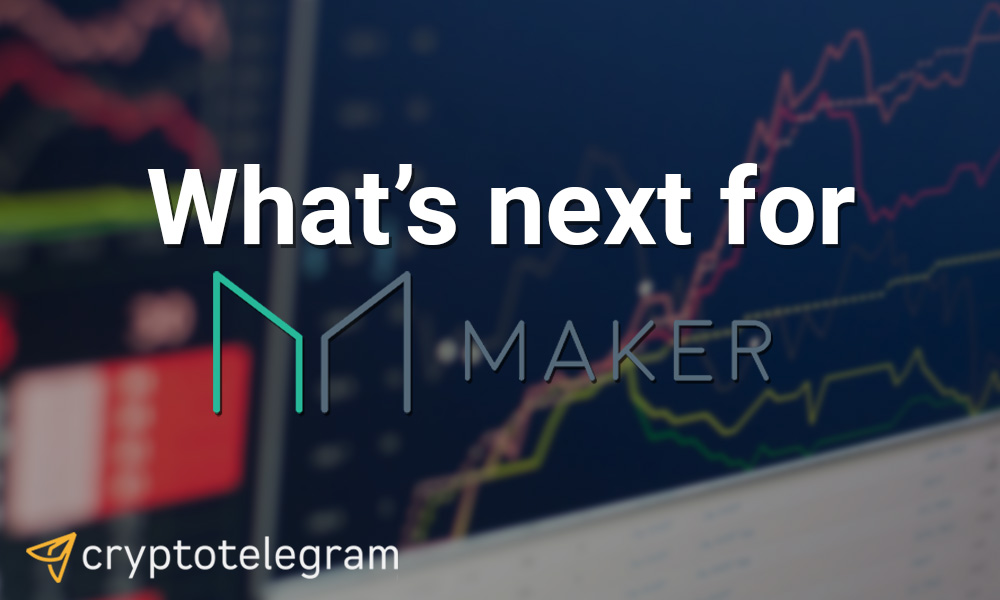 The Maker Price is within an extended trade range with no meaningful gain or loss in the last two months.

As of writing (Dec 25), the MKR price is down two and five percent versus the USD and BTC, respectively, only gaining versus ETH in the last week of trading.

In the last hour, prices are stable and trading within narrow ranges.

The MKR/USD pair is ranging within a $100 zone with caps at $500 and $600, respectively. It has been the state of affairs in the last two months following the dump down from mid-September to late August.

If anything, this can signal bears. However, whether this is true or not will depend on the breakout direction. A close above $600 will pump MKR bulls aiming at $750 and $850, resistance levels in September and August.

Conversely, losses below $500 could spark a dump with targets at Sept 24 lows of $420. Still, there could be more losses depending on the rapidity of the channel breakout, the state of DeFi at that time, and the price of ETH.

While the governance token of the MakerDAO is stable, the lending platform’s performance has been nothing short of impressive.

Despite the consolidation, for instance, Maker is the most dominant DeFi protocol, locking $2.61 billion worth of digital assets as of writing (Dec 25).

Also, there were more borrowers in 2020 given the 14X spike in the number of DAI tokens minted in the last year alone. As per the latest report, the protocol minted $1.073 billion of DAI in 2020, up from $71 million worth around this time last year.

It partly explains why, DAI—an algorithmically controlled stablecoin, commanded a significant market share only trailing USDT and USDC; both are issued by private firms.

The spike in DAI demand due to DeFi also saw the Maker protocol increase the number of collateral from two to 16. The aim was to keep the DAI peg as close to zero as possible. Several steps were taken but the introduction of more collaterals was seen as the most practical way of keeping DAI near $1. 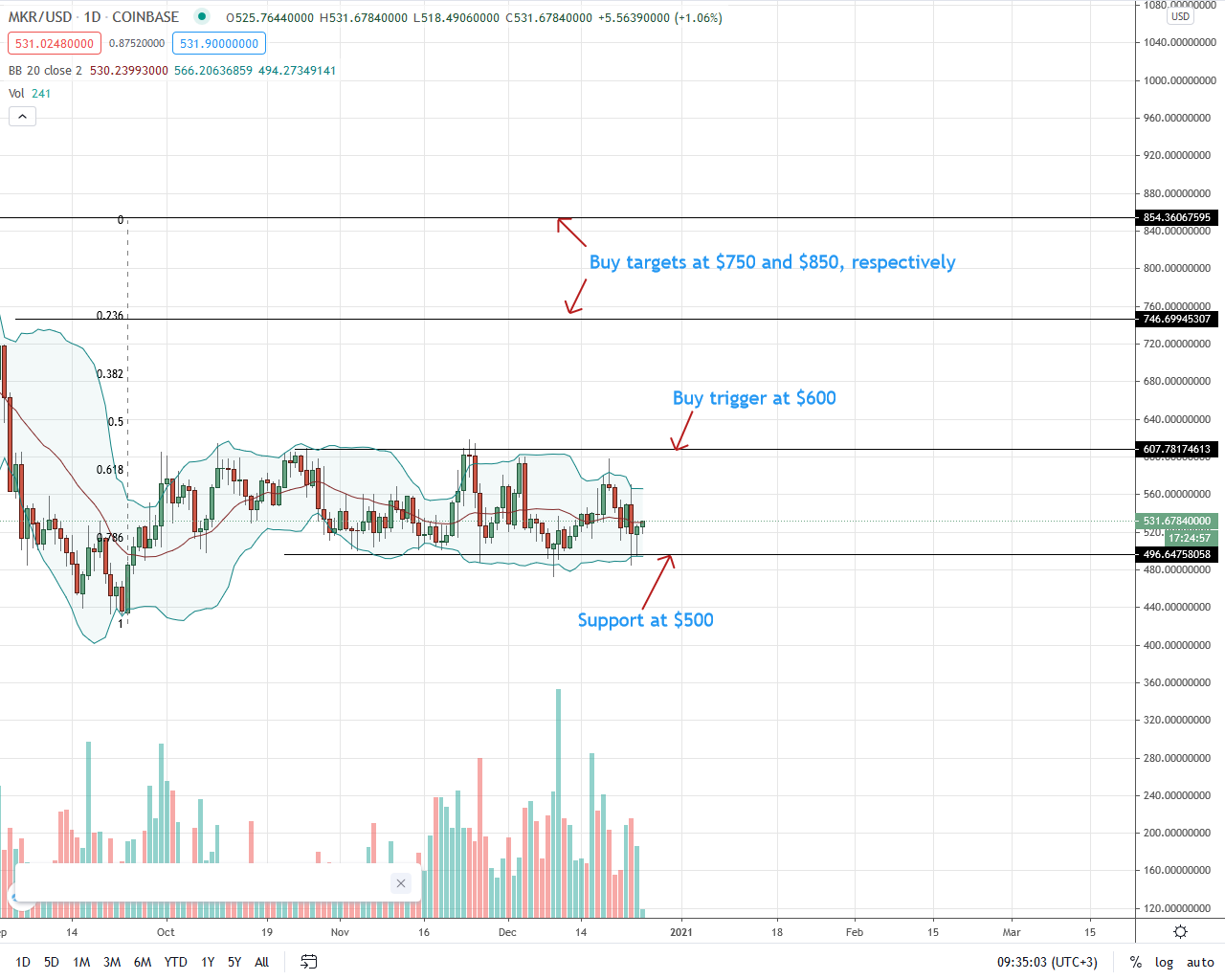 Fundamentals signal progress in Ethereum and the lending platform.

However, where the MKR/USD pair will reach in the immediate term depends on the breakout direction. A spike below $500, as mentioned earlier, could easily see the token tumble to the Sept 24 lows of $420.

On the flip side, a break above $600 will more likely spark FOMO, driving MKR/USD to key reaction points at $750 and $850, respectively.

Ideally, from a volume analysis point of view, gains or losses above the $100 trade range ought to be with high trading volumes.

Recovering ETH prices above $700 will most likely see more funds flowing back to DeFi and lending could be one way of earning passive income, supportive of MKR bulls aiming at $750.

Disclaimer: Opinions are those of the author, and are not financial advice. Do your research.