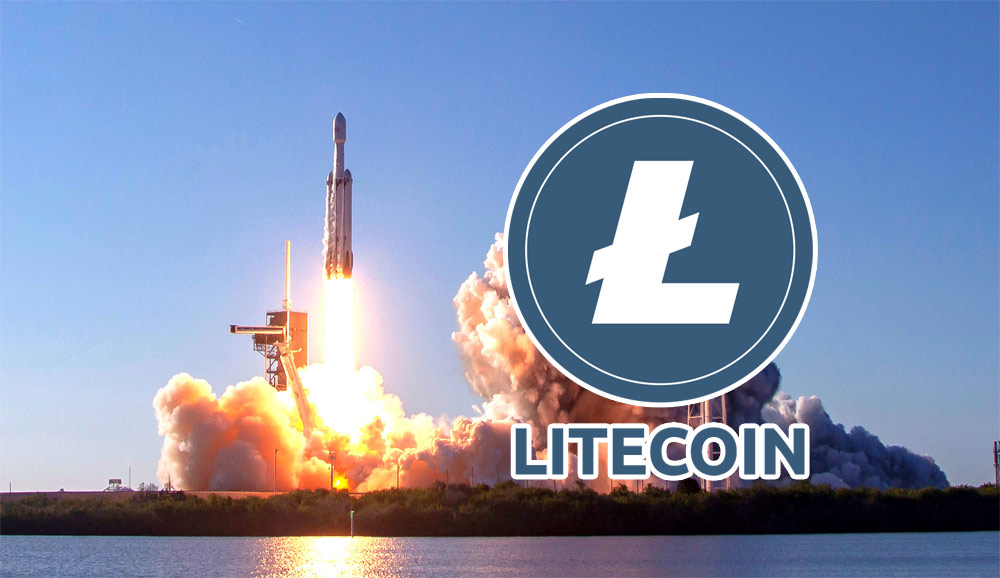 When Litecoin comes through, it is thunderous.

The fake news Walmart news of early September shook the markets before the draw-down only a few days later.

It wasn’t more about the project’s fundamentals—which are solid anyway—but the super double-digit gains of the New York Session.

The wide-ranging bar means the coin outperforms BTC and even ETH that is inching closer to $5k.

Technical candlestick arrangement of the LTC/USDT points to strength, no doubt.

There could be more room for gains in the days ahead if the same momentum is maintained.

What’s distinguishing about the bullish engulfing bar in the daily chart is its high trading volumes—exceeding those of recent bars.

Besides, due to the high volatility accompanying the push-up, there has been a trend definition in a bullish breakout pattern. 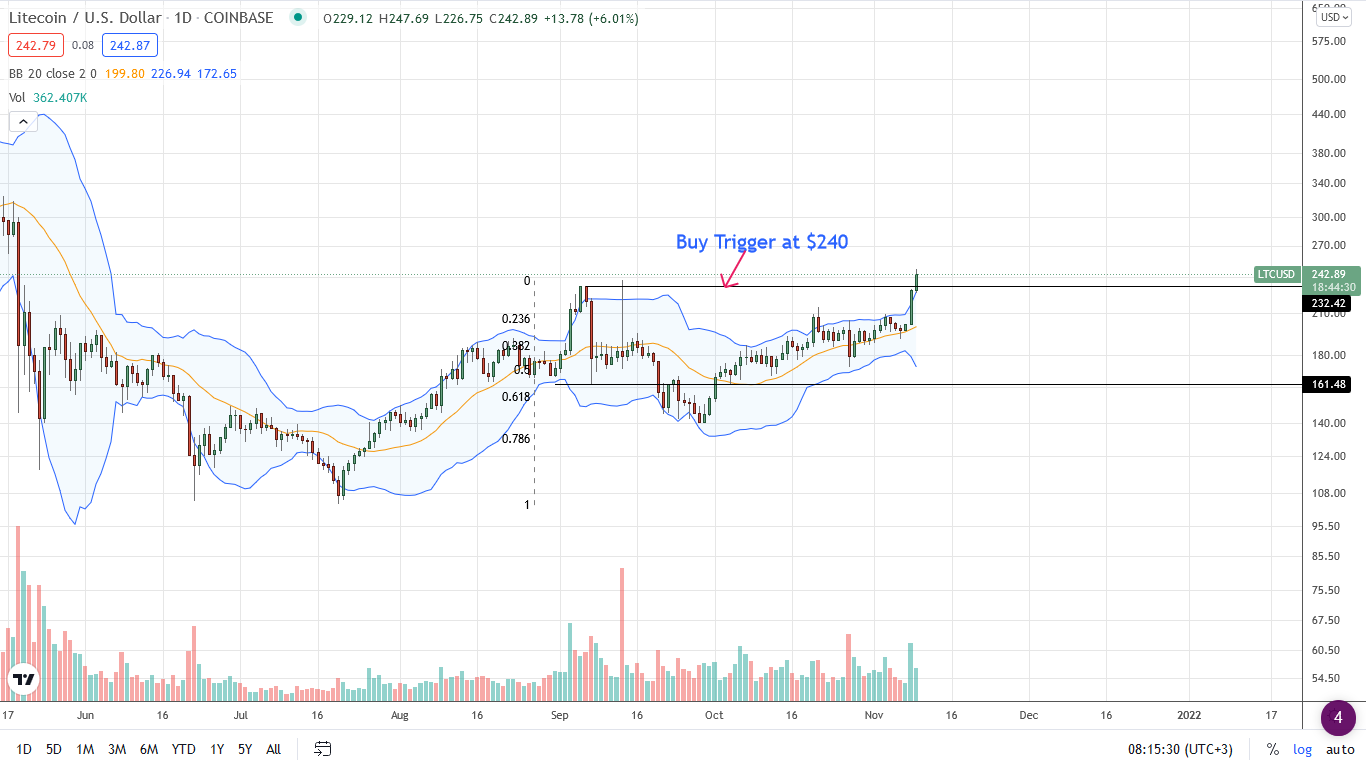 The middle BB—or 20-day moving average—is the primary support line, acting as a loading line for ambitious, and risk-off traders.

Accordingly, there might be entries for traders angling for a lift-off above the immediate resistance level at $240 in a bull trend continuation pattern.

Presently, the incredible gains of November 8 now place LTC at new November 2021 highs and inches away from the primary liquidation level.

Technically, if $240 is broken and LTC gallops to new Q4 2021 highs, the probability of Litecoin tearing even higher towards $420, registering a new all-time high would be magnified.

Earlier on, another crypto analyst noted the formation of a bullish divergence pattern in the monthly chart.

$LTC must be the largest 2-year long bullish divergence Ive seen in my entire life. On a monthly chart. Insane. This just has to go pull off a sick rally in late Q4. Save this tweet and God have mercy on #Litecoin bears pic.twitter.com/PW5rPnZS4w

While LTC/USDT prices printed lower lows, there was growing momentum in the MACD, indicating strength and doubling down.

It has come to pass following the rapid shift in trend in early November 2021.

Following the solid gains of November 8 and the rejection of lower prices over the past few days, it is highly likely that buyers are taking over reigns.

Therefore, as per the analyst’s prediction, Litecoin buyers taking charge means bears’ destruction and the inevitable re-pricing of LTC prices.

This would most likely lift LTC above crucial resistance levels, even beyond $400 in short to medium term.

On Twitter, many analysts predict LTC prices to expand more than 10X from spot rates.

From spot rates, this is around a 10X—an interpretation that LTC, despite the recent cool-off and rapid gains of November 8, is under-valued with more headroom.

Meanwhile, another analyst notes that the Litecoin price is trending in a bullish breakout pattern, clearing a critical liquidation line. Bullish as she may, the analyst is modest.

-Found resistance at previous support
-Don't think it lasts long as the bulls begin to run
-Stoch on the 1D and 8H suggest that if we can break the resistance we backtest
-Target ~$531 pic.twitter.com/RCx2PdWPLJ

Reading from the price action of her charts, the trader thinks Litecoin prices will fly in the days ahead to reach $531 in the medium term.

This is her price target. Even so, her followers think LTC/USDT would likely breeze this take profit target.

In this view, the coin’s algorithmic chart indicates strength in a rising channel supportive of buyers.

Bitcoin on a Tear, BTC/USDT May Break $67k