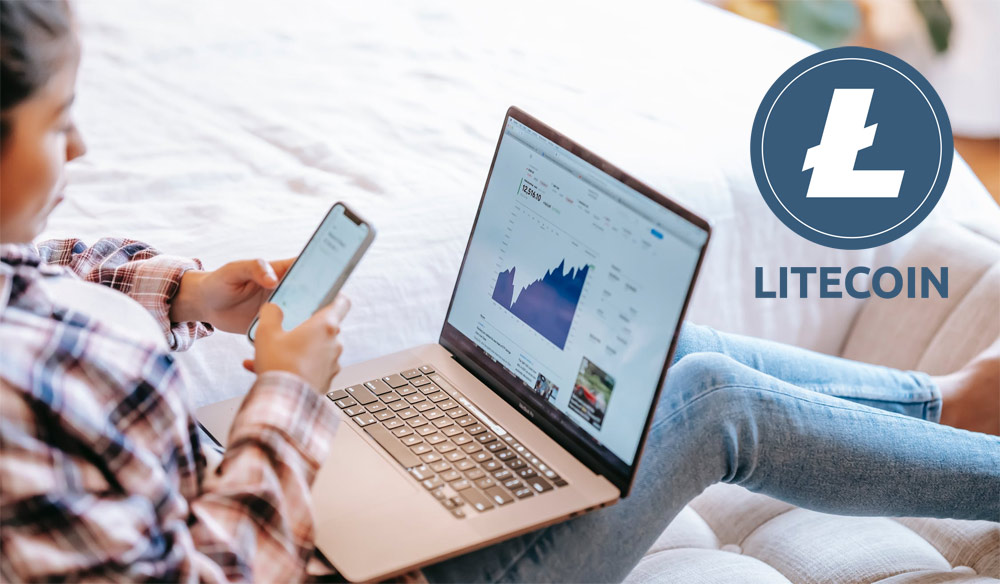 Litecoin is touted as Bitcoin’s silver. It forked directly from Bitcoin and sought to complement, not compete, with the world’s most valuable coin.

This profound respect and recognition of Bitcoin as a heavyweight from early on is perhaps what has given Litecoin gas to be exactly what it has become more than a decade after launching.

For what there is, Litecoin also has utility and is a leader in some crypto categories as a liquid and secure network.

A look at the LTCUSDT price performance of the last few weeks also suggests volatility and interest from the masses.

The coin has been fluctuating heavily, swinging much to the excitement of day traders who might be reaping maximum benefits from this welcomed state of affairs.

From the Litecoin daily chart, sellers appear to be in the driving seat. 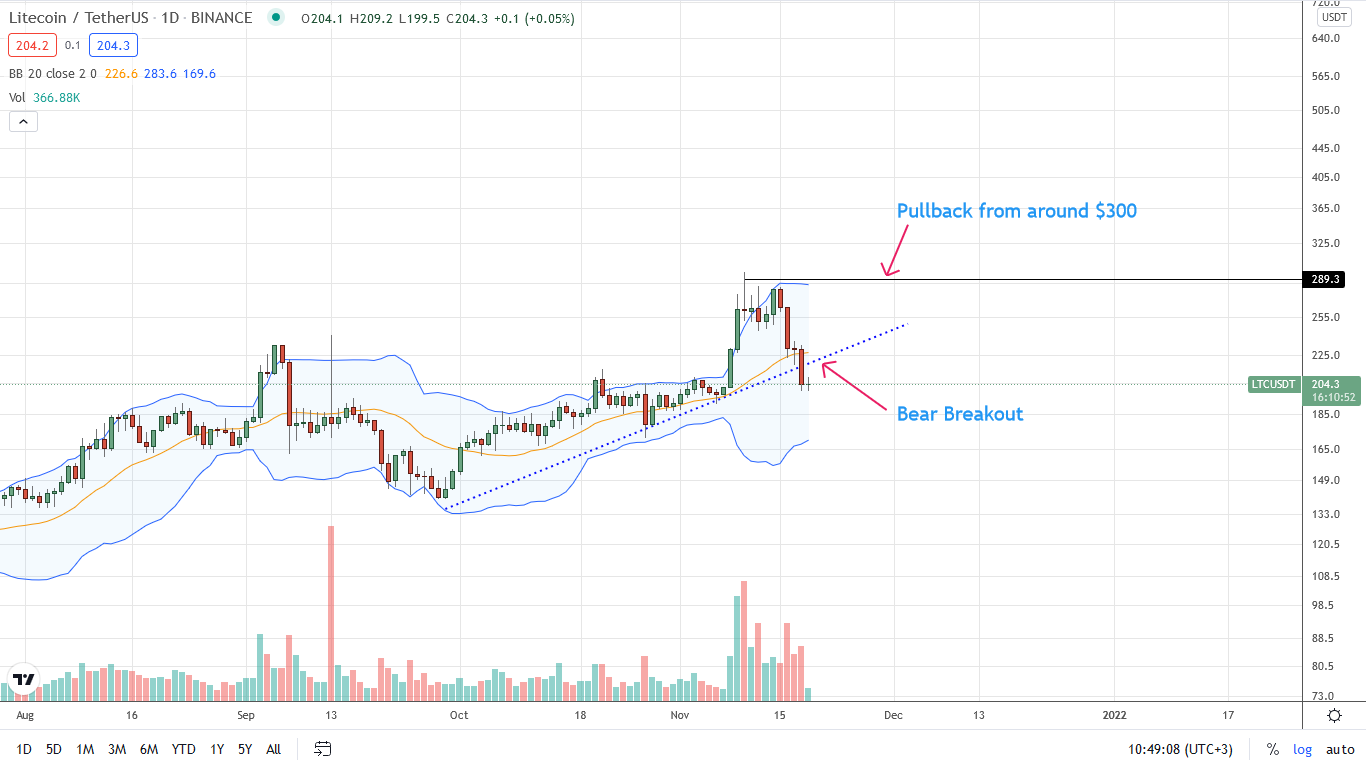 It is despite a series of supportive fundamentals which analysts say would have propelled the coin to new highs.

Currently, LTC bears are stepping up, forcing the coin below critical support levels and trending at around November 2021 lows.

Notably, the LTCUST pair is within a bear breakout pattern below the multi-week support trend line. The break below the line is with increasing volumes, as visible in the secondary chart explaining the wide-ranging bear candlesticks.

At this pace, the chances of Litecoin crashing to $170 and later $140 in continuation of the selling pattern set in motion by the wide-ranging bear candlestick of November 16.

Still, buyers might be relieved if Litecoin expands above $230—September and November 18 highs.

One Trader on Twitter is positive that Litecoin trading at spot levels is a gift for value traders.

Per his estimation, LTCUSDT prices would rapidly recover from spot rates surging to around $300 in the medium term in a buy trend continuation.

Give us this gift #litecoin $ltc
(price only, no time) pic.twitter.com/PwIw9EQu6Q

Notably, LTCUSDT prices are printing lower lows, contracting from recent highs but are within the late October to mid-November 2021 trade range.

Overall, this is positive and places buyers in an advantageous position. A spring back from the $200 round number would be welcomed.

Nonetheless, the rising trading volumes with falling prices, combined with crashing BTC, would severely impact the upward momentum—even limiting the expansion back to $300—or better as the trader forecasts.

LTC to Go Parabolic—Adoption Picking Up

Despite the probability of Litecoin crashing from spot rates, the network continues being adopted. For example, one analyst points to the expanding rate of transaction count.

All data on litecoin shows its going parabolic, from number of transactions. blocksize, to price all reflect massive adoption. $LTC #Litecoin #LitecoinTo4k pic.twitter.com/Fkf38WLJVU

Unlike Bitcoin, Litecoin’s fees are relatively low and attractive, even for games.

This is why users are drawn to the legacy network.

According to the analyst, the on-boarding of new users coupled with LTC’s relatively high liquidity is pumping LTC prices. In the few weeks and months to come, LTC may outperform the digital gold as it goes parabolic. The trader’s long-term target stands at $4k.

Is Litecoin a “Sleeping Giant”?

Based on the weekly price action and Elliot wave, Litecoin prices can post a 10X from spot rates to over $2.2k in continuation of the uptrend in the fifth wave of the leg up. The BB squeeze further supports this bullish forecast in the weekly chart.

Bitcoin “Hanging On”, Are HODLers Buying the Dips Above $55k?

ETHBTC at Critical Support, ETH Bulls Must Hold above 0.070 BTC