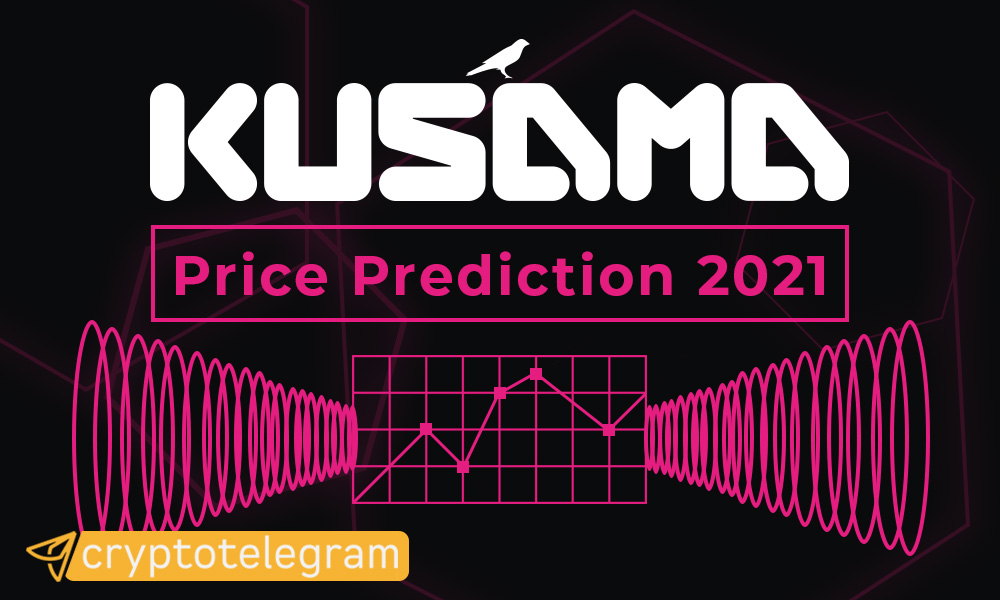 Many interesting blockchain projects are coming up each day and making their mark in the cryptocurrency industry.  One such project is Kusama (KSM) which has caught the eye of many crypto enthusiasts. Today we will look at Kusama (KSM) price prediction over the next five years to find out whether it’s worth the hype.

With the volatility of crypto, many traders are confused about whether to hold or trade digital assets. Traders are worried that the same experience could affect Kusama too. How true could that be? Is Kusama a good investment? Have you ever heard of the Kusama Network?

Kusama, abbreviated as KSM, is a native cryptocurrency for the Kusama Network. Kusama is a public experimental version of the Polkadot. The platform acts as a testbed for developers looking to experiment with new blockchains before deploying and or launching them. Thus, it is perceived as a sandbox for earlier versions of Polkadot projects. However, real crypto is traded in various exchanges. The easiest way to acquire KSM tokens is to buy them.

Moreover, most upgrades for Polkadot are passed or tested on Kusama before their release. Most Kusama features imitate those of Polkadot. For instance, Kusama uses Parachain and relay chains blockchains. The blockchains facilitate permanent transactions and user-generated networks, respectively.

Since the focus of Kusama was to support testing, it offers developers flexibility and interoperability while working on Polkadot projects. As a result, the governance parameters in Kusama are less stringent. Furthermore, the developers enjoy an added advantage in their Polkadot projects by creating a user base in Kusama. As a result, the project gains a following before its official deployment. 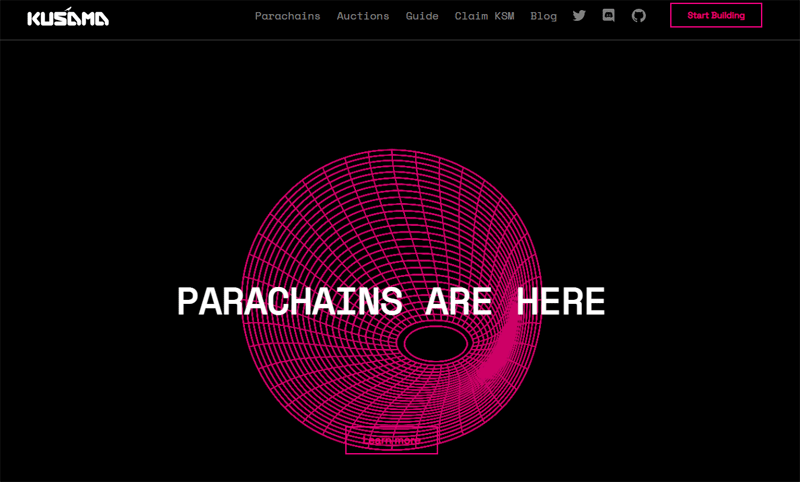 How Does It Work?

Kusama network is a scalable network developed using Substrate. It is a canary network, meaning that Polkadot projects use it as a test net. The network facilitates the detection of errors and upgrading of projects.

Moreover, the network has similar features as Polkadot. Kusama network also uses the same codebase as Polkadot. Its primary development purpose was to support scalability and interoperability and facilitate Polkadot’s audit system. Thus, it is recognized as the wild cousin of Polkadot.

Kusama network puts different blockchains together: the relay chain and Parachains. The blockchains brought together work seamlessly to using Kusama tokens by removing the barriers. In turn, developers are given limitless freedom and access to tools that would be impossible with individual blockchains.

The network incorporates features like scalability, community governance, interoperability, and increased security. In addition, the network allows for the creation of the relay chain and parachain blockchains.

The relay chain, Kusama’s leading blockchain, uses nominated proof-of-stake to keep the network in agreement about the system’s state. Transactions are finalized in this blockchain. The system allows users to perform the roles of a validator and or a nominator. However, the users staking KSM have to lock the crypto in a particular contract. The users are also eligible for Kusama token rewards. Parachains employ the computing resources of the relay chain to verify the accuracy of transactions. 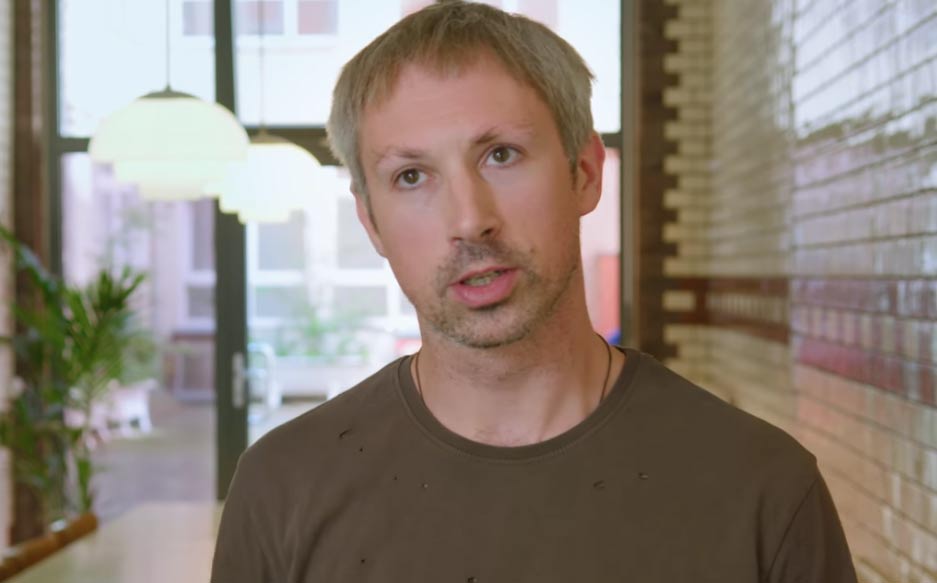 Gavin Wood, the co-founder of Ethereum and founder of Polkadot, founded Kusama in 2016. Creators like Robert Habermeier and Peter Czaban assisted him. Gavin has a reputable background in the technology and innovation sector. He invented Solidarity, the language that developers employ to create decentralized applications in the Ethereum network. Furthermore, he was amongst the first CTOs in the Ethereum Foundation.

Gavin Wood also worked as a scientist in Microsoft. In 2015, he founded Parity Technologies. The company manages the Substrate framework used in development in Kusama. Developers interested in Parachain creations utilize this framework.

In addition to that, Wood is the president of Web3, a non-profit foundation responsible for conducting token sales for Polkadot.

Technical Analysis for KSMUSD by TradingView

In October 2019, Kusama held a successful ICO that raised more than $140 million. Kusama traded at $1.5 during the initial launch. However, at the end of 2020, the price of Kusama skyrocketed to around $62. The trader’s purchasing trend influenced the hike in Kusama price.

To ensure the accuracy of Kusama KSM price prediction, scrutiny analysis of its past performance is necessary. The first significant hike in prices was realized shortly after the KSM launch. The price level had risen to between $2 – $7 in April and May 2020. Between October to December of the same year, the price rose to $27 – $62.

The year 2021 has seen a massive leap in the price of KSM, thus gaining investor confidence. Fortunately, this resulted in a rapid upsurge in the price of Kusama (KSM). At the start of the year, the price fluctuated from $70 to an all-time high of $623.

Nonetheless, the Kusama token saw a significant plunge to hit $262. However, since then a lot of transactions and price changes have taken place.

The decision lies on how you take the market trend and prediction of KSM. The Wallet Investor predicts a long-term increment in the price of Kusama, speculated to trade at $4581.97 by 2026. That makes a +1128.84 increment in the price level compared to its current price. Like most cryptocurrencies, KSM is just as volatile. The prices are deemed to rise or drop depending on the key market parameters. We have listed a few predictions for the price of KSM over the coming years from reputable sources.

The price of Kusama is speculated to reach a maximum price of $272.4 and a minimum of $180.25. After that, it is predicted to hit a high of $275.25. Thus, with the expected rises and drops in-between, the KSM token might close the year with a maximum of $280 in December.

The prognosis of 2022 will swing around $560 and $575 by the end of January. If Kusama were to keep up with the bullish trend, next year might see the price rising above many expectations. The occasional peaks and pitfalls of the token during the pandemic might work in its favor. Thus, it might close in the year 2022 with a market price of $640.

Following the trend Kusama has shown since its launch, from the troughs and peaks, the price of Kusama may disappoint most of its investors. This is coupled with the emergence of other altcoins and competitors coming to play.

Therefore, Kusama (KSM) is predicted to incur some losses at the end of 2022 and the beginning of 2023. As a result, the price is speculated to drop to $600. However, most experts do not concur with this speculation and hope that things play out in favor of Kusama.

Kusama is predicted to take over the crypto world with an ATH of $720 by 2024. KSM has shown excellent potential for growth over the past few years. The evident consistency despite adverse conditions also contributes to this estimation.

The price of Kusama (KSM) is anticipated to hit the $1000 mark in 2025 due to mass adoption. The speculation is contributed by the fact that everyone expects barriers like the COVID-19 pandemic to be history by then.

Reasons to Invest in Kusama (KSM)

Are you still wondering if Kusama is a good investment?

The founder of Kusama, Gavin Wood, promises updates and upgrades after a successful network audit. Upon meeting the expectations, the update and upgrades are estimated to push the prices to higher levels.

Moreover, the token has no specific market supply cap. Thus, new KSM tokens are released at a predetermined rate. The holders enjoy the ability to vote on the updates to the network. It is also safe to say that the Kusama network is very secure. Relay chain provides shared security on the network as it is the central point of all the parachains.

Apart from the exceptional features of Kusama like scalability and interoperability, customization, and the team behind it, users can access parathreads at a lower price in contrast to parachains. These are more reasons contributing to the worthiness of Kusama as a good investment.

Did you know that Kusama works even more efficiently than Polkadot? KSM has a bright future. The future of cryptocurrencies depends on the interoperability and scalability of the network. Kusama network has all the essential features and capabilities to succeed in the cryptocurrency industry. Furthermore, Kusama is bound to solve the challenge of scalability and transaction rate.