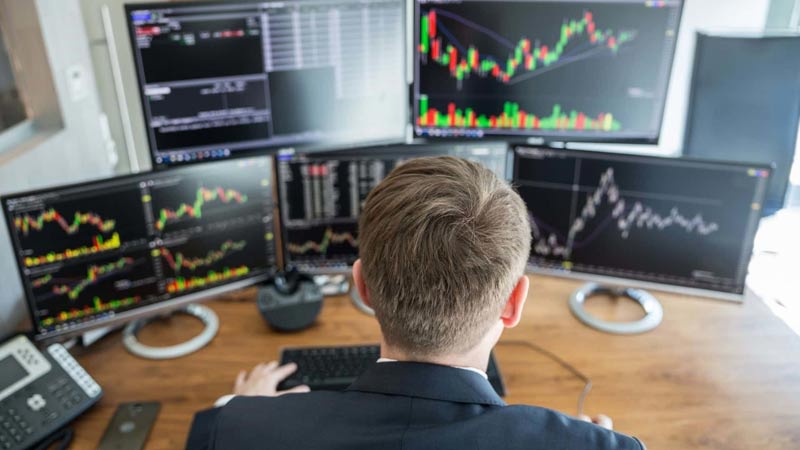 Kusama prices have been see-sawing in the last few days. However, that KSM buyers were still in the lead wasn’t a doubt.

The pace was two weeks ago with the announcement of the second round of auction for Kusama Parachain—a fundamental event.

As things stand, the level of demand would remain high for the better part of the month–driving or supporting KSM prices in a dicey crypto market.

Kusama is stable at the time of writing, adding two percent against the greenback week-to-date.

Therefore, as Kusama traders angle for even more gains in the weeks and months ahead, there could be an opportunity for aggressive traders to scoop the dips, targeting immediate highs.

From the Kusama daily chart, KSM is within a bullish breakout pattern. Encouragingly, trading volumes—a measure of participation—is within average. 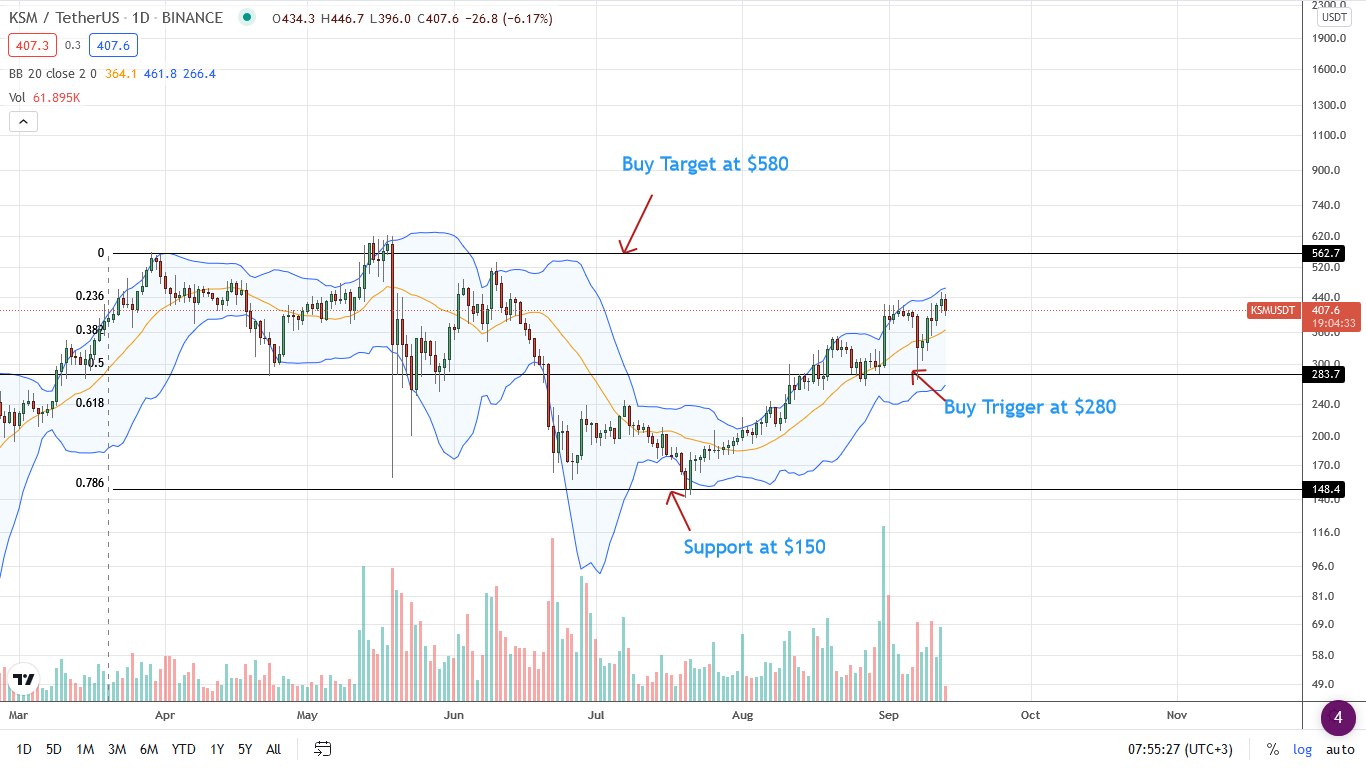 The August 31 bull bar has more participation than the shock dump of September 7, meaning traders are more confident of Kusama’s prospects in the medium term.

Accordingly, as KSM prices inch higher, there might be favorable entries for aggressive traders, angling for another 30 percent gain towards $580—the Q1 2021 highs.

Further supporting Kusama bulls’ prospects is the series of higher highs and general resilience of buyers since, visibly, prices are moving higher inside an increasing channel.

Kusama open for $450, KSM/USDT Trades in a Bullish Breakout Pattern

A trader on Trading View believes Kusama’s uptrend is beginning and could be on its way to $450.

As per the formation in the daily chart, KSM/USDT price is now within a bullish breakout pattern.

Noticeably, the upsurge of the August 31 saw the coin break above a primary resistance trend line, ushering in a new era. Technically, the consolidation of the last few weeks offered an opportunity for aggressive traders to double down, waiting to ride on the resulting wave higher.

Losses of September 7 have been arrested as KSM traders refer to the August 31 bull bar to print higher, registering new September 2021 highs.

Eventually, as mentioned earlier, KSM may rally beyond $450 to $580 in the medium term in confirmation of the August 2021 reversal.

KSM “Big Rally” on the Cards

With KSM on the cusps of printing a new H2 and September 2021 highs, one trader thinks the coin is ready for a massive rally.

Cementing this preview is the failure of sellers to follow through on the September 7 bearish engulfing pattern. Because of this, there is a confirmation of  the double-bar selling formation.

Since KSM bulls flew back and prices are trending higher, August 2021 buyers are still in contention. This would sustain the upswing towards $640.

Per his analysis on the daily chart, he notes a cup-and-handle formation. This rounded bottom would be the anchor for the next moonshot propelling the coin to $900.

Cardano Alonzo Upgrade and What it Means for the Network

Uniswap On Shaky Ground Above $20, UNI Traders Confident of a Push Above $30

How to Create and Sell NFTs Artwork on OpenSea.io

Solana Lift-off, Is SOL Ready for An Impulsive Wave To $150?