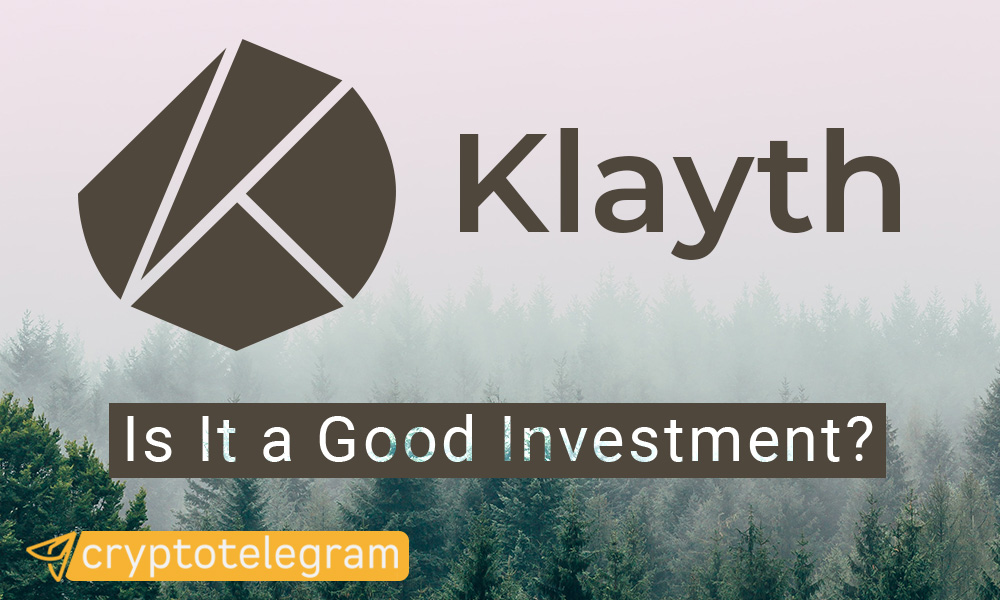 Today we bring you another cryptocurrency that is suddenly on the lips of everybody in the crypto market: the KLAY token. Especially after its listing on Binance launchpool, it has everyone talking about it. The latest darling in town will surely have users and investors alike clamoring for it. So, what is it about this token that has suddenly caught the attention of the market? Also, what is the Klaytn Network price prediction for the token? Is it a good investment for investors seeking good ROI?

Well, Klaytn is the protocol powered by KLAY, which is its native token. The protocol is focused on merging legacy business infrastructures with blockchain solutions to create a business-friendly setting that will allow businesses to thrive in the blockchain ecosystem. They will be able to create and set up blockchain apps with little charge.

Kakao: The Brain Behind Klaytn Network

The brain behind this brilliant protocol is Kakao, a South Korean communication company. The company built the Klaytn protocol using a modular network design that is flexible enough to appeal to businesses as a source of enterprise blockchain solutions. Now Klaytn has built the necessary tools to hasten the production of enterprise-grade blockchain apps. This is already bearing fruit with many partnerships announced from first-time businesses seeking to tap into the potential of blockchain. There has already been a partnership in place with Samsung in the form of the recently announced Samsung KlaytnPhone integration.

Meanwhile, the protocol is starting to drift into the attention of the global market even though it is currently dominated by Asia-centric web services and apps.

The Klaytn blockchain network is enterprise-focused and service-oriented to bring appealing and easy-to-use blockchain experiences to the public. Additionally, the protocol employs a hybrid model that utilizes both private and public chains. The private chains are utilized to offer better scalability and reduced latency while ensuring the security of sensitive information. The public chains help keep the protocol decentralized and enable governance.

As we mentioned earlier, the Klaytn modular network framework helps businesses build their custom network on the Klaytn framework. This gives way to autonomous subnetworks known as Service Chains making up the key parts of the Klaytn ecosystem. The ability to customize the Service Chains and its flexible build means that the Klaytn protocol can accommodate almost all types of web services. However, the protocol prohibits the hosting of financial speculation and/or gambling projects.

When Klaytn mainnet was launched in 2019, it was able to swiftly attract over 40 Initial Service Partners (ISPs). A testament to its appeal power, these ISPs cover a wide range of industries and presented many use cases such as e-commerce, finance, entertainment, healthcare, etc.

But that is not all! The ISPs are based in more than 12 countries and were picked using several requirements, which include the size of their current user bases and the quality their blockchain-based services offer.

Some of the highlights of the Klaytn mainnet called Cypress include lower gas price compared to Ethereum blockchain, transaction capability of 4,000 transactions/second, ability to operate the Ethereum Virtual Machine and host the solidity contracts, 1-second block generation and confirmation time, and 30 well-known global organizations forming the Klaytn governance council.

One of these ISPs is Atlas, which is a blockchain platform focused on transaction and travel content and is built by Zanadu, a Chinese luxury travel organization. We also have Humanscape, which is a marketplace for data on patient-generated health information. The high-performance landscape that Klaytn offers fits different stages of blockchain engineering and programming for different use cases. Therefore, making it simple for businesses of any kind from global giants to small companies to set up blockchain apps on the protocol.

GroundX: Building a Blockchain of the Future

The focus of the team here is to make blockchain simple and easy to use while making it easily accessible to boost mass adoption. At the same time, the company emphasizes the use of blockchain to build a stable blockchain environment and propel its impact socially.

Decentralization Through the Klaytn Governance Council

Klaytn is a decentralized protocol and it has a governance council made up of a coalition of global organizations and companies. Their function is to drive the growth of the Klaytn ecosystem and run the consensus node network. The members of the council have voting rights, which can be used to make changes by voting on proposals.

The governance council has to drive the growth of the Klaytn ecosystem sustainably and keep relationships with businesses as partners while aiming to increase its existing user base through the provision of blockchain solutions that are on par with what we have in the legacy system.

The council also has to focus on running the network’s node and making sure there is a consensus on every transaction carried out on the protocol. The governance council is the pillar of the Klaytn network and manages most of the structural and legal decisions taken in the governance process on the Klaytn protocol.

It fell off later in June and July only to begin another upward climb in August to break its previous ATH and set a new one at $0.83. It fell off again to settle around $0.5 fluctuating up and down a bit between $0.4 and $0.6. It would maintain this position for the rest of 2020.

It still maintained this position at the onset of 2021 throughout January. However, it started an astronomical climb in February reaching $1.84 by February 22 before dipping a bit then starting another dramatic climb up through March 2021. It would go on to set another ATH of $4.25 by March 30, 2021. This ascent coincided with the DeFi boom in the early part of 2021. However, the market generally went through a serious dip and unsurprisingly the token started to fall off too descending to the current price. As of June 30, 2021, the Klaytn network token price is $0.9.

However, there is renewed optimism around the token presently with lots of movement on the part of the token. For example, the token recently was added to Binance launchpool and it seems there are more moves to be expected.

According to our predicted data on Klaytn network price prediction, Klaytn will increase in the future. It looks like the Klaytn price could be almost double the current price reaching $2.03 in a year.

Going by the Klaytn network price prediction here it is suggested that the token is currently bearish. However, the token is still a profitable long-term investment as a long-term increase is expected. The token could reach $2.78 in a year’s time.

Klaytn has displayed a rising tendency and going by the custom algorithm-based deep learning model employed here, Klaytn is predicted to reach $6.96 after one year.

The market sentiment around the Klaytn network seems strong at the moment. If it can sustain that momentum then the token could make some inroad into the top echelon of the market. The token already has a solid base with notable organizations forming its governance council, all it needs to break through the market once again is to build on this base and make strategic moves in the market.

This year’s DeFi boom has contributed positively to the price movement of many tokens including KLAY. The bullish sentiment has died down in the market at the moment. However, analysts believe it is not over for the bulls yet in the market. So, the Klaytn network price could still see upward movement in 2021, as predicted by various predictions.

You can expect the KLAY token to continue its climb going by the predictions that we have. 2023 could see the token reach $2.11 according to Digital Coin. Gov Capital is even more optimistic about their prediction and they are predicting that the token will close out at $22 in the year 2023.

If the market continues to pick then expect more positive movement for the KLAY token. The token is predicted to reach $2.58 by 2024 going by the predictions we have from Digital Coin. Wallet Investor is predicting the Klaytn network price to reach $7.295 by 2024. Either way, it seems the token is prep for an increase in value for 2024.

Will things still hold up for the KLAY token in 2025? Well, it looks so. The predictions we have also suggested so, and the upward trajectory for the token is likely to continue as well. Various predictions are pointing at the token surging upwards with Wallet Investor predicting the token to reach $9 by the end of 2025. Digital Coin is also predicting the token to reach $3 and you will find out that their prediction is a bit conservative unlike Gov Capital’s prediction, which is very much on the optimistic side with a prediction of $55 by the end of 2025.

Is Klay Coin a Good Investment?

According to all the predictions we have examined, the Klaytn network token looks like a good fit for your investment portfolio. According to Wallet Investor, Klaytn is a good long-term investment that could give you a 909.95% ROI over 5 years.

Where Can I Buy Klay?

Where Do You Store Klaytn?

As of now, Klaytn has a dedicated wallet called the Klaytn wallet. However, the Klaytn wallet is targeted at blockchain application development and not end-users. It is not yet tested for commercial-level security and may be vulnerable. Furthermore, when you buy KLAY tokens on exchanges, they are automatically stored on the exchange wallet until you decide to move them out.

Is Klay on Binance?

Yes, it was recently announced that KLAY has been added to the Binance launchpool. So, you can now trade KLAY on the Binance exchange.

Is PHA Token a Good Investment?