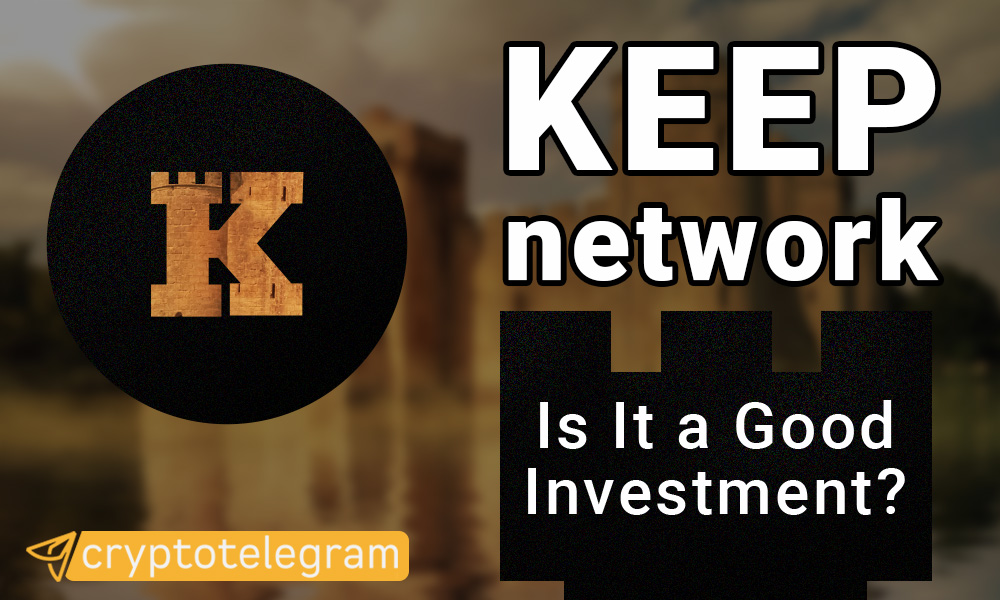 Keep Network is a protocol that does things a bit differently from the norm. This protocol enables applications and users on a public blockchain to transfer and store their data privately in off-chain containers known as Keeps. Unsurprisingly, that’s why the protocol is also called Keep. The Keep protocol is focused on creating a decentralized economy that is credible, safe, fair, and transparent in its dealings.

Naturally, when promising protocols such as Keep are launched and introduced to the market, investors become interested and try to profit from such a protocol. Users start to flock to the protocol and it starts to gain traction. So, how do we know if Keep is a good investment? Or, if it will deliver on its potential? Let’s look at some key details about the protocol that can tell us about its potential and if it can offer value. Also, we look at the price predictions to tell which direction the token will follow in the market in terms of ROI.

The Keep protocol is designed as a privacy solution network with the ability to keep data confidential. Data is stored safely in decentralized Keeps, which are not accessible to the Keep team. The Keep protocol is built in a way to enable the management of contracts and usage of private information while preventing its exposure on a public chain. To achieve this, Keep uses an algorithm called the Elliptical Curve Digital Signature Algorithm (ECDSA). The best exchanges and wallets mostly use this algorithm which is also audited.

This explanation is demonstrated in tBTC, which is a Keep product. tBTC is a permissionless link between the two most popular cryptos, Ethereum and Bitcoin. It is a decentralized solution that brings BTC to the Ethereum network at the ratio of 1 to 1, which means that you can get 1 tBTC by depositing 1 BTC. The product is insured and completely audited. Your keys to your deposited BTC in tBTC are then stored safely in Keeps to prevent exposure to the public chain.

The Keep Random Beacon: Protecting the Network Through Randomness

Keep uses a mechanism called random beacon to pick tBTC signers randomly. This is to protect the identity of the depositor to the network and prevent a case of collusion among the signers to attack the network or steal funds. Signers have to sign using a key no one knows about and no one including the signers knows who will be picked as a signer until a selection is done via the random beacon.

The Keep token (KEEP) itself is built to be permissionless and resistant to censorship. Holders of KEEP token can run tBTC in a similar way to operating a full network node. If you are a staker then there is even a bigger role to play as signers on tBTC are stakers that stake ETH and Keep to perform their functions. When stakers fulfill their roles diligently, they are rewarded with KEEP tokens. 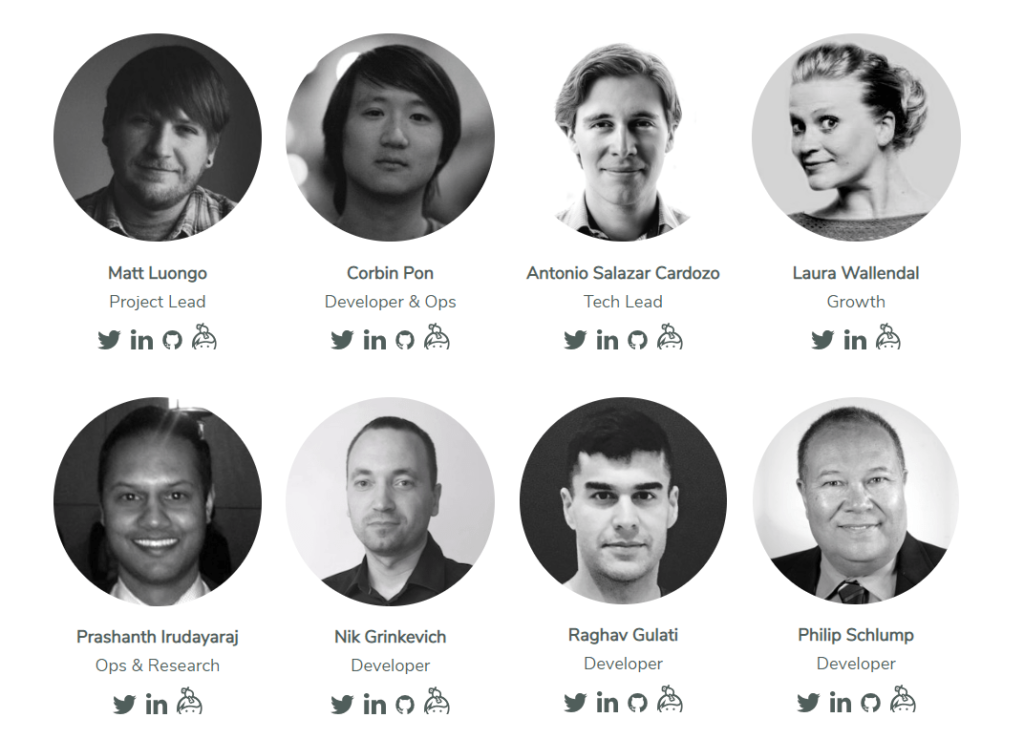 Corbin Pon and Matt Luongo created the protocol in 2017. They had both worked at a Bitcoin shopping app called Fold, which they started together. At Fold they came up with the idea of creating a project that will fill the need for better privacy on the Ethereum network. This led to the creation of a new data layer that enables blockchain apps to access and keep private data. The newly founded protocol known as Keep has off-chain containers for storing this private data.

Staking on the Keep Network: Is It a Good Investment?

To qualify for staking, there is a minimum amount of token you must hold. Only then can you stake on the Keep network. You can either stake through a provider or stake directly. However, when staking huge amounts over $1M, you can reach out to the Keep protocol directly for help on the best way to go about it.

Staking With a Staking Provider

There are staking providers that already have the setup and ready to help you stake your token. These providers have representatives you can reach out to. The following are examples of known providers:

There is also the option of staking directly and running the node on your own on the protocol. This way you won’t need to pay the service fee charged by providers. You should only stake directly if you have the technical knowledge needed. You must be familiar with Bash and understand the full risks involved in staking directly.

Irrespective of staking via a provider or doing so directly, you can view and control your staking via the Keep Dashboard. It is where you stake your Keep, bond your Ethereum and manage your rewards.

The plan outlined by Keep shows that 200M tokens are to be distributed at the Keep public stakedrop. This is to enable people to stake their Ethereum in exchange for KEEP tokens as a reward then six months after the launch of the stakedrop, the protocol will only allow KEEP tokens for staking.

50M tokens are to be distributed as rewards to liquidity providers on tBTC to spur the growth of its ecosystem.

What Are Slashing Events?

When the Keep protocol was launched, all the KEEP tokens were minted. So, new tokens cannot be minted as we have in Ethereum and Bitcoin. However, the total number of Keep tokens can be slashed (reduced) via permanent burning as time goes on. Slashing occurs when signers go against the rules, which results in part of their staked token being slashed.

KEEP Price Prediction: How Valuable Is the Token?

The KEEP token has seen some turbulent price movement for a coin still in its infancy. This is why due diligence is needed before investing in a token of any kind. The Keep token is currently trading at $0.5165 with a market cap of $272,689,023 as of June 18, 2021. A look at Keep price prediction can give investors an idea of where the token is headed in the market. So, let’s look at some of the price predictions that we have for Keep.

According to Digitalcoin, the Keep is predicted to appreciate and see its price rise steadily. The token could double in value in a year’s time. The price is predicted to reach above $2 by 2028. The token does appear to be bullish at the moment despite the general bearish sentiment in the market. This could be due to a recent move in the market by the Keep protocol. It was recently announced that the Keep protocol alongside Nucypher is merging into a new protocol that will be the world’s first decentralized protocol merger.

Moving to Walletinvestor, they also agree that the token is currently bullish going by the activities over the last 30 days. However, they are skeptical about its long-term investment future. They are predicting the price to swing up and down before declining. Therefore, advising trading with caution.

Enough with the site price prediction, let’s head to crypto Twitter and see what they are saying about the KEEP token price. Is there any forecast from users? Well, one user crypto_n_more believes the KEEP token will reach $1.39 if it breaks through the $0.69 resistance.

Another user BOB believes Keep is about to take off and it will first reach $1 before heading for $1.50. While Twitter user Tweet Crypto is even more optimistic and believes that, the merger between NuCypher and Keep could propel the token to the $4 mark.

Let’s watch the analysis from YouTube and see what they think of the KEEP token. The first YouTuber here, Finance Element, believes Keep will increase in price and bring in profit. He is predicting the token to reach $5 by August 2021. You can watch more of his briefings here:

Another YouTuber, Average Joe Crypto, is predicting the token to hit close to 2 dollars if it can break through the resistance. He believes a breakthrough will put the token between $1.88 and $2 and certain factors like the recent announcement that the token will be listed on major exchanges like Coinbase Pro and Binance have a role to play in driving the token. You can watch the full video here:

It seems analysts are divided over this question here. While some are predicting we could see a $2 KEEP token, others are predicting that it is unlikely to happen. However, going by recent news and given that the KEEP token has previously crossed the $2 mark, it looks like a possibility if the market permits. This move is very much dependent on favorable market conditions. If the bulls return to dominate the market then it is a possibility.

Will KEEP Ever Reach the $5 Mark?

At the moment, that seems unlikely and we may not see a $5 KEEP token soon. Except for YouTuber Finance Element who believes the token could hit $5 by August, many predictions are not pointing at Keep reaching that price tag anytime soon. However, the crypto market is a crazy place to be and the unexpected often happens.

Is the KEEP Token Likely to Crash?

Recent updates about the KEEP token have been positive mostly derived from news of the merger with NuCypher to listing on major well-known exchanges. It seems the token is gaining solid footing that will see any news of crashing unlikely. Except something dramatic occurs negatively, this token doesn’t look like it will crash.

Could KEEP Be a Scam Token?

There is nothing to indicate the KEEP token is a scam. The protocol has opened itself to auditing and even its first product tBTC was audited. If it was a scam token, it would have likely been found out by now and the idea of merging with another protocol will not be possible not to talk of getting listed on reputable exchanges.

If data privacy is the world’s focus—and a growing concern considering the blatant intrusion by the establishment– then the Keep Network is not dead.

If anything, KEEP is not only one of the top-performing assets in the last year of trading but also the most liquid, judging from the number of exchanges.

Where to Buy the KEEP Token?

Apart from buying Keep from exchanges where it is already listed, you can get Keep through staking on the protocol. Also, you can earn Keep by taking part in events like Playing for Keeps. This event allows you to learn staking on Keep then winning Keep as a reward for your contribution to the Keep community.

The recent announcement of listing on Binance and Coinbase means you can buy Keep on the following exchanges: Curve, Balancer, Binance, Coinbase, Kraken, Uniswap, Matcha, and Mooniswap.

Is KEEP a Good Investment – Conclusion

The KEEP token seems to have good potential owing to the value that the Keep protocol provides. The uniqueness of some of the key features of the protocol such as the Keep random beacon and the inability of signers to have the keys can help propel the KEEP token to a better standing in the market. As the protocol finds and develops more use cases, it is expected that the value of the token will rise. The recent announcement of a merger between NuCypher and Keep can help it find and develop more use cases.

A close evaluation of the market will help you analyze if the token is worth adding to your portfolio. The predictions that we have seen so far suggest caution when dealing with the token. As we have seen that analysts have opposing views and predictions on the direction, the token will take. However, that could change if the recent moves by the Keep protocol play out well. We have seen predictions change based on what the market says and that could happen with Keep too. However, present statistics suggest you do your diligent research before investing and adding the KEEP token to your portfolio.

Is RAMP a Good Investment?