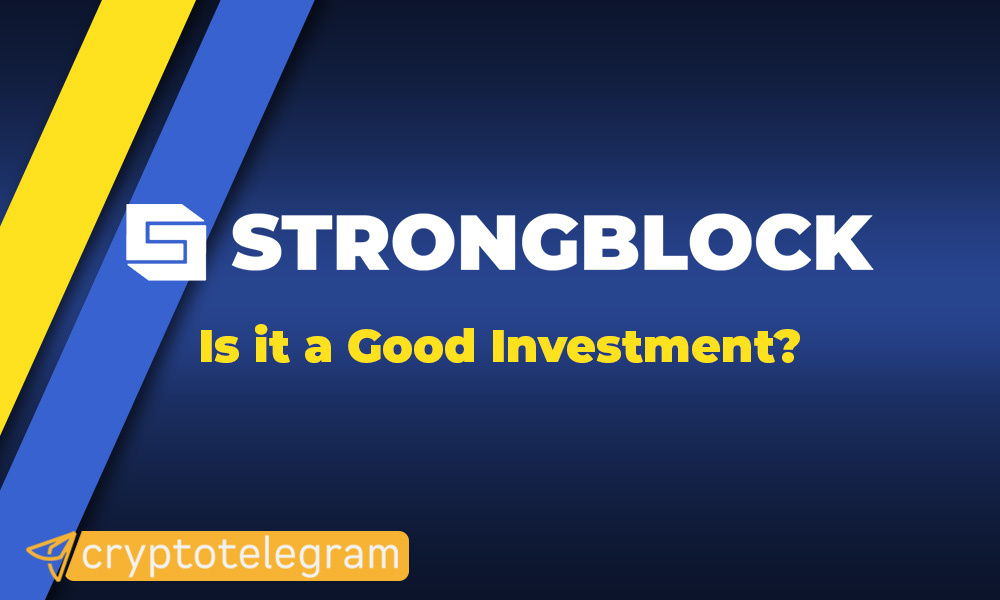 Despite the rapid growth of blockchains and lots of layer 2 scaling solutions, the problem of centralized issues across blockchains is still common. The StrongBlock protocol is a model for bringing more decentralization to the decentralized world by multi-chain third-party nodes and data oracles to build more efficiency. StrongBlock has a strong team behind it and believes the only way to adopt blockchains is through DAO governance and ample community reward models.

There are plenty of tokens out there. Investors in the blockchain have already put in over $100B. At the same time, millions of developers, thousands of bluechip enterprises, and hundreds of exchanges rely on such tokens to drive businesses, make payments, and earn yields from stakes. While most of them are legitimate, a few could be scams. Hence there is a great need for investors to do their due diligence before committing to any digital asset. This is why we prepared this guide to help answer the question, is STRONG a good investment.

STRONG is setting itself apart as the standard framework for evaluating, approving, and rewarding nodes. The protocol places high significance on third-party nodes as a disruptive way for blockchain governance. This will impact the nodes with a merit-based award system and contribute to the network’s overall performance.

What is STRONG Cryptocurrency?

StrongBlock was founded by the original founders of the EOS blockchain to add more security to DeFi. The team launched the token in February 2018 and marked a significant milestone on their roadmap when they launched their blockchain-as-a-service in 2020. STRONG is the native incentive of the StrongBlock network and the first of its kind blockchain-agnostic protocol.

The role of which is to provide support and rewards to nodes that facilitate the security and governance of the blockchain. StrongBlock’s founding team realized the troubles that nodes went through, including running the blockchain on outdated software, internet failure that caused intermittent offline periods, and non-complete blockchain records.

Thanks to StrongBlocks, nodes can comfortably and conveniently prioritize the safety and security of decentralized platforms, compound token value for token holders, and ensure the sustainability of nodes. The reliability, functionality, and scalability brought about by the network will probably drive the demand for public blockchains high.

STRONG is a good investment in 2022 given the functionality and multiple use cases it brings to the DeFi world. The adaptability will come in handy in pushing forward the adoption of blockchains and decentralized finance globally.

Why is STRONG a Good Investment?

STRONG is a good investment due to its robustness, functionality, and multichain automation. The coin is not just a speculative asset as it contains a very promising use case. Its mission is also a core benefit to blockchain lovers, actively fighting for the nodes to gain rewards.

The StrongBlock network also enables any active participant in its community to build nodes within seconds and get rewarded with STRONG tokens. The higher the number of tokens one has, the higher the network’s resilience.

StrongBlock is also backed by a strong team comprising enterprise software development veterans and blockchain developers. The majority of whom were also core developers of the EOS network. The teams include David Moss, the CEO, Corey Lederer as its CPO, and Brian Abramson, the CTO.

Given the team and the token’s strong use case, STRONG is a good investment to make in 2022. The coin’s flexibility can be put into multiple applications from the NFT fever, the metaverse, and decentralized finance. 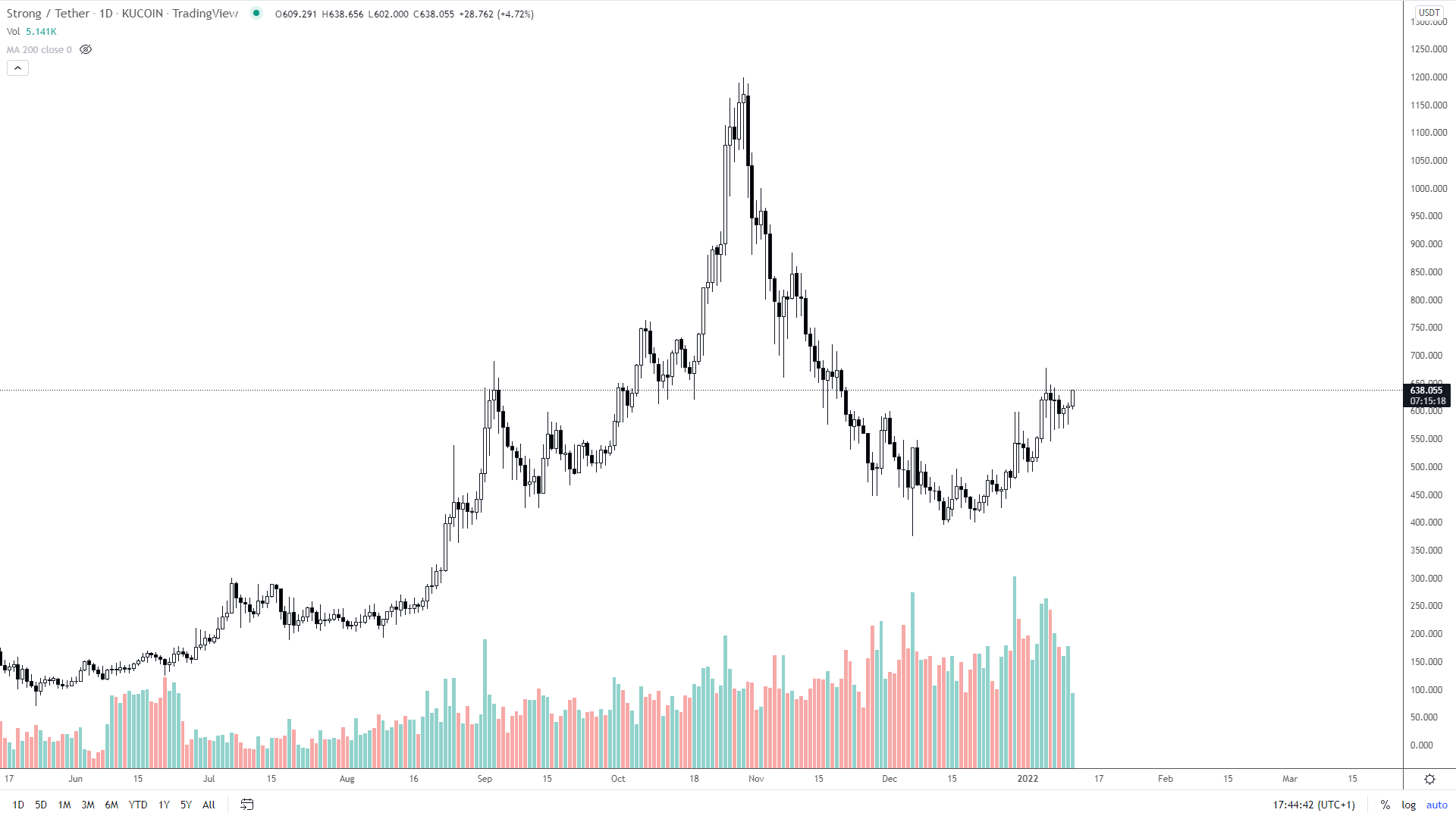 Presently, the STRONG/USD pair is trading at $594. Since yesterday, the token has recorded a 37.32 percentage drop in its trading volume and now trades at $$11.037 M. On the other hand, the market capitalization sits at $82.393 M after dropping by 1 percent over the last 24-hours. STRONG has a market rank of #462.

Considering STRONG price predictions for the upcoming months, Digital Coin Price has a strong bullish perspective, with their highest price standing at $2,577 by 2028. According to the analysis site, STRONG will hit $805 by the end of 2022.

Meanwhile, the most bullish forecast for the token comes from Coin Data Flow. The service is anticipating the price to hit the $1000 mark by the end of this year and the start of 2024 at $1500. Counting down to a long-term forecast, the price could hit $81K by 2028.

Youtube cryptocurrency analysts also have a thing to say on why STRONG is a good investment. The majority of the analysts agree that the price of the coin will sustain the $500 mark throughout 2022. Flames N Crypto, for example, agrees the coin’s price will grow in 2022 and could even hit the $4000 mark.

There are very high chances of STRONG reaching the $1000 mark in the foreseeable future. The majority of cryptocurrency experts agree the target is very realistic and that the price of the coin could easily double to cross the $1000 mark.

Where to Buy STRONG Crypto?

Despite being a high-value token, STRONG is still not available on the majority of the exchanges. Especially the top exchanges such as Binance and Coinbase. This means the coin is significantly undervalued, and its listing on such exchanges will certainly drive its price high. You can find the STRONG token on Pangolin, MEXC, Gate.io, ZT, and AEX.

So, Should I Invest in STRONG Token Now?

STRONG is a quality cryptocurrency with a significant technical utility and deployed on one of the most rapidly growing blockchain ecosystems. The token is backed by a strong user-centric community and an experienced team of developers. All of these factors guarantee why STRONG is a good investment and why the price will certainly go high in the near future.

Position Trading in Cryptocurrency: Riding Trends and HODLing for the Long Haul