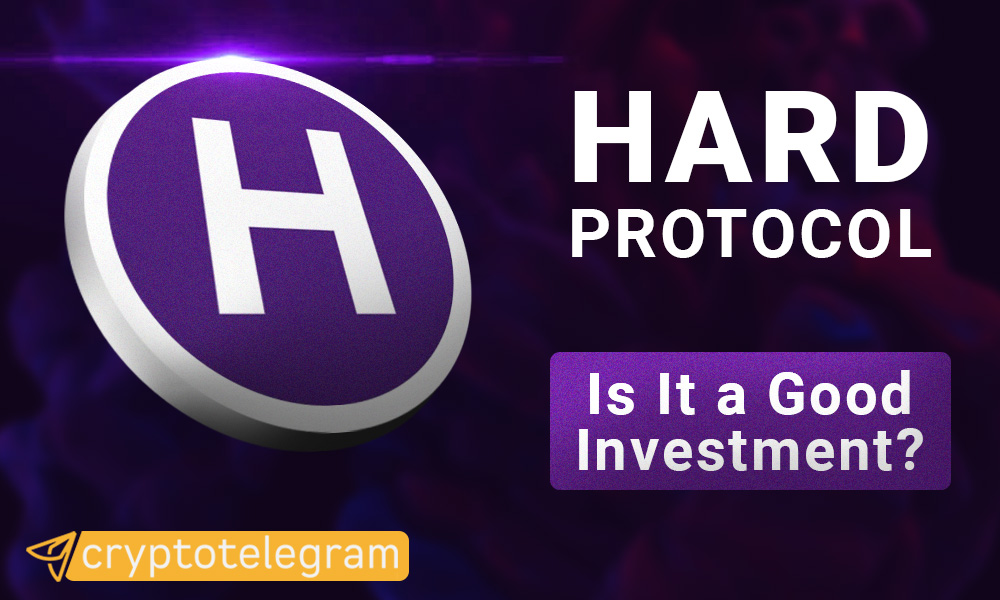 While the Bitcoin bull run has lost some momentum, the DeFi revolution continues. Innovative, ambitious projects keep exploring the full potential of blockchain technology, smart contracts and decentralized finance. One of the relatively new DeFi projects which are already making a name for itself in the crypto community is HARD. How does the HARD Protocol work, and are the experts right in saying that HARD is a good investment?

What Is the HARD Protocol?

HARD Protocol is a decentralized money market built on the DeFi lending platform Kava. The main purpose of the HARD Protocol is to allow the users of different blockchain ecosystems to borrow or lend their digital currencies between various networks.

What Is the HARD Token?

HARD is the native token of the HARD Protocol ecosystem. HARD is a utility token, and its primary use case is fulfilling governance functions on the HARD network.

HARD tokens are distributed to the community in the form of rewards. Depending on various factors, users can be eligible to earn a varying number of tokens, which gives the loyal long-time supporters of the HARD Protocol the ability to have the final say in the development of the project.

Aside from serving as the governance token of the HARD Protocol, HARD tokens can also be used to acquire liquidity mining rewards, as well as the rewards gained for borrowing or lending other digital assets.

The HARD Protocol has a fixed total supply of 200,000,000 HARD, which means that it’s a deflationary digital currency fully immune to inflation, just like Bitcoin. So far, only 66,250,000 HARD tokens have been put on the market.

Even though the HARD Protocol is a relatively new project, the HARD price has already been able to appreciate by a lot. The HARD token has reached its current all-time high of exactly $3.00 on May 12, 2020, but most of the members of the crypto community are convinced that due to its important use cases the HARD Protocol still has a lot of room for growth. 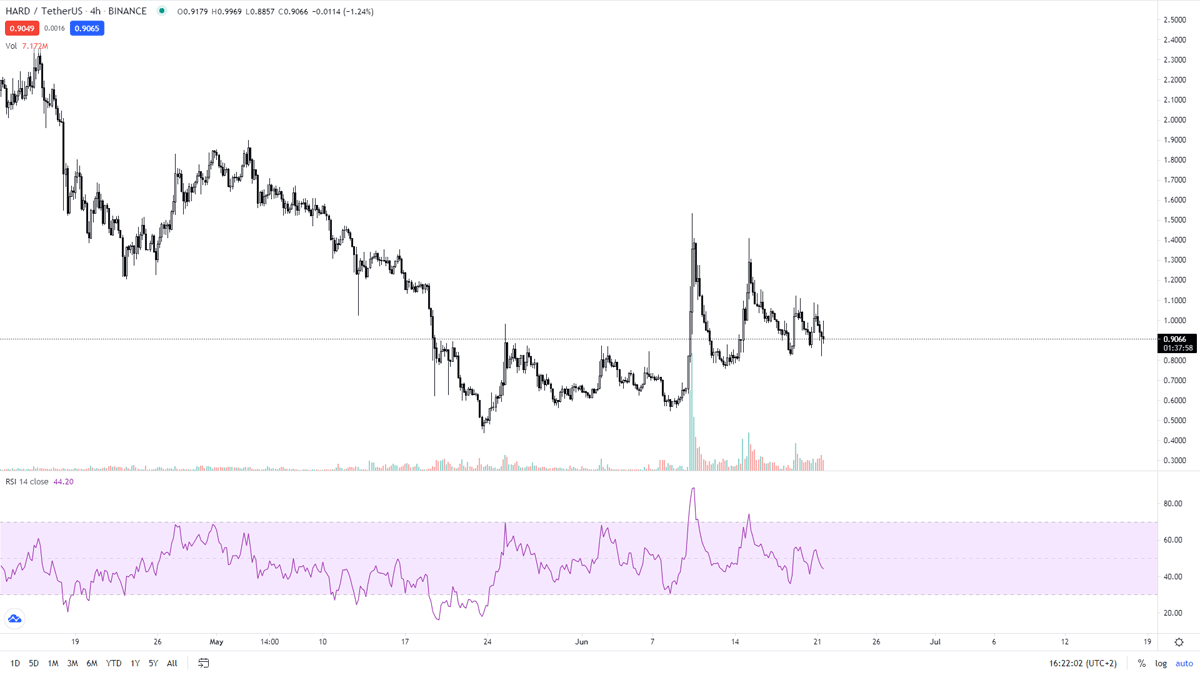 While the general outlook on the HARD Protocol is bullish due to its technological potential, specific HARD price predictions are heavily affected by the current situation in the cryptocurrency market. The recent correction of the Bitcoin price has slowed down the development of many tokens. Since some people are convinced that the bull run is already over, not all HARD price forecasts are heavily bullish.

For example, the website WalletInvestor states that the HARD token price won’t be able to surpass its current all-time high of $3 in 2021. However, it’s worth noting that WalletInvestor is very optimistic when it comes to long-term HARD price predictions. According to WalletInvestor, the HARD Protocol price will be able to reach almost $9 within the next few years.

One of the most bullish HARD Protocol price forecasts was published by the CryptocurrencyPricePrediction website. According to this platform, the HARD Protocol will be able to reach $5.34 by the end of the year.

HARD Price Forecasts According to the Experts

Although some price prediction websites are not very bullish when it comes to the HARD Protocol, experts and analysts are much more optimistic. For example, the Youtube analyst Cryptomaster is convinced that while $4.5 is the most realistic short-term HARD price forecast, the HARD Protocol has so much potential that it might even reach $40 after the mainnet is launched!

The technical analyst going by the name Technotin believes that HARD price is going to massively increase in the near future. While he hesitates to give a long-term HARD price forecast, Technotin is convinced that the HARD Protocol will reach $5 or even $6 by the end of the year.

How to Buy HARD Protocol?

The HARD Protocol is not yet supported on other major exchanges such as Coinbase or Huobi Global. Since it’s not an ERC-20 token, HARD is also not available on Ethereum-based decentralized exchanges like Uniswap or SushiSwap.

Will the HARD Token Price Reach $5?

Due to the recent situation on the cryptocurrency market, it’s hard to give precise short-term predictions regarding the HARD Protocol price. While almost everyone is convinced that in the long-term HARD can reach $20, $40, or even more, the community is divided when it comes to HARD price predictions for 2021. Although many analysts believe that HARD will reach $5, some experts are not convinced that this price level will be achieved by the end of the year.

Is HARD a Good Investment?

Regardless of specific short-time HARD price predictions, the HARD Protocol is definitely a good long-term investment. HARD fulfills very important use cases, and it is based on strong technologic fundamentals. Since it hasn’t yet been listed on major exchanges other than Binance, it is likely to erupt in price after being listed on Coinbase.

Is RAMP a Good Investment?