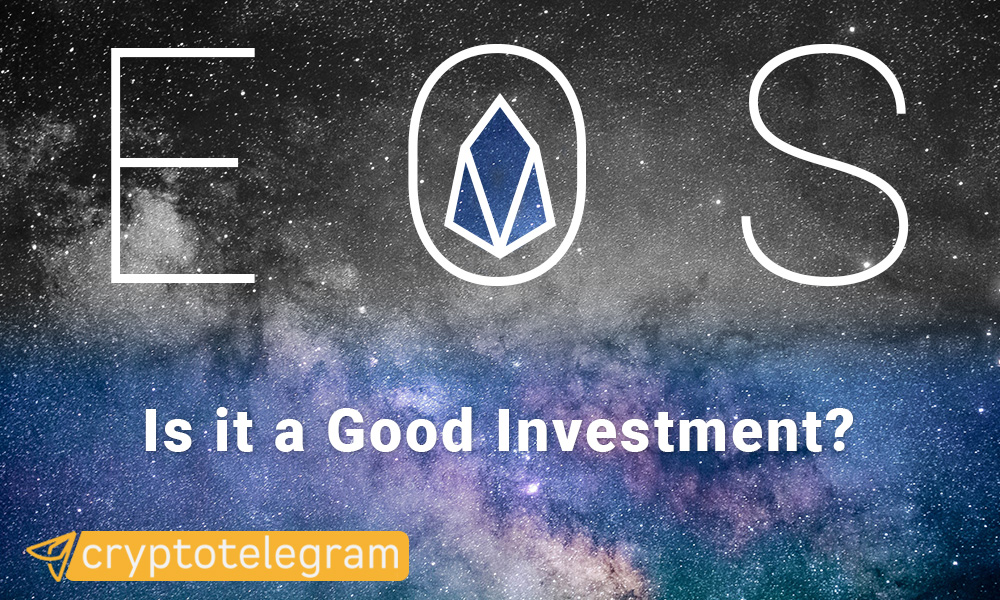 You must have been hearing about the EOS token lately. There has been recent hype around the protocol and we are here to dissect the hype and see if EOS is a good investment beyond the hype. Just so you know, EOS is the native coin of the EOSIO protocol.

This protocol presents itself as a blockchain-based decentralized OS (operating system). Practically, the EOSIO protocol is offering developers the platform with the right set of services and tools that they can use to create and scale DApps.

The EOS token organized one of the most successful ICO in crypto history, raising over $4B in funds. The ICO lasted a year and now the protocol sits comfortably among the cryptocurrencies with the largest market cap.

The same man behind BitShares and Steemit, a man called Dan Larrimer, created EOSIO. The EOS software is run and maintained by a company called Block.one. The company boasts many key advisors and workers in several countries globally. It has offices in important areas like Los Angeles, Blacksburg, Hong Kong, and Virginia. The software itself is distributed using an MIT software license and it is open-source. The company that maintains the software, which is Block.one, has 10% of the EOS coins. 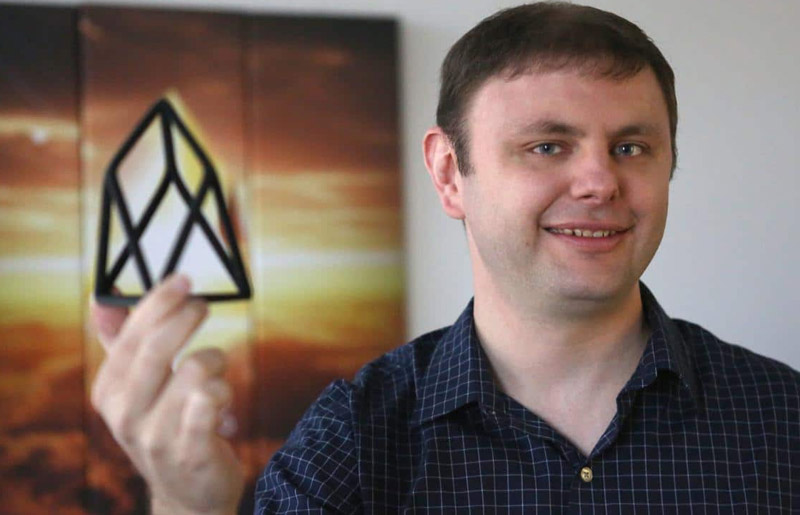 Introducing EOS: One of the Largest ICO Investments

The unique way the protocol ran its ICO to become a record-breaker is one of the reasons EOS is always in the media spotlight. This next-gen blockchain network made its entry to make the integration of smart contracts and programs simple as well as the creation of DApps.

Another interesting feature of the EOSIO network is the removal of transaction charges. Also, the protocol is highly scalable. It is said that the EOS protocol has the ability to outshine payment giants like Visa or MasterCard based on transactions/second. This makes the protocol the ideal platform for developers to build their DApps.

There are two main components of the EOS network. They are the EOS tokens and the EOS.IO system. For further understanding, the EOS token is the native token of the EOS protocol and it is needed by developers seeking to host DApps on the network.

The developers hold rather than spend the token, as that qualifies them to use the protocol. As a token holder, you can reallocate or rent out your bandwidth to those who need it if you are not using it.

On the other hand, the EOS.IO is similar to the OS we have on our PC. It is what controls and runs the EOS blockchain. The architecture that is employed here is created in a way to allow for horizontal and vertical scaling of DApps.

The EOS Token: A Good Investment? 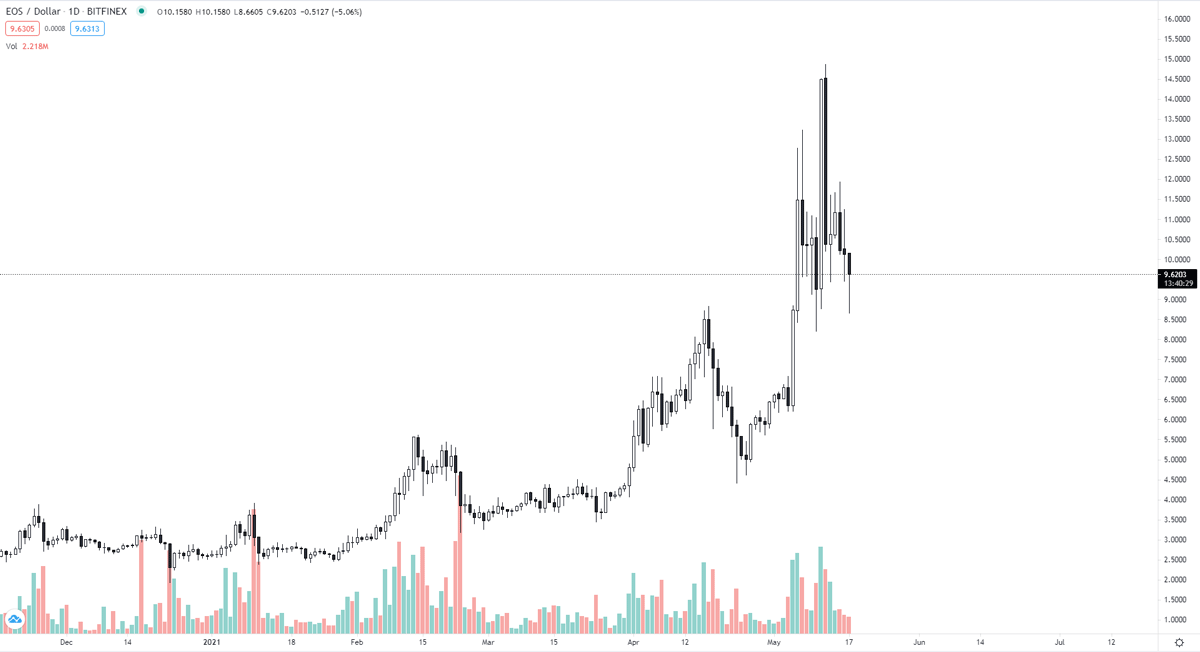 As we mentioned above the EOSIO has its native token and that is the EOS token. It has various functions of which the major one is to be used as a token for building DApps. As opposed to other blockchain networks like Ethereum, holding EOS tokens gives you ownership right in the network.

For example, if you have a 2% stake in the EOS tokens, you own 2% of the EOS protocol. That translates to having 2% of the needed computational power for transaction processing. This is how the protocol can carry out transactions without fees.

Unlike other blockchains that charge transaction fees that are also known as Gas, EOS does not have such. For example, Ethereum has a GAS fee and it rises as the number of users increases on the blockchain. However, like other blockchains, you can receive, hold, or send EOS tokens from one user to another in a matter of seconds.

The circulating supply for the EOS token is 936 million tokens and it is reported to have a total token supply of 1.02 billion.

What Is Unique About EOS?

The key goals of the EOS protocol are to have a platform with zero transaction fees, accommodate smart contracts, and be very fast in processing transactions. EOS, pronounced as E-OS aims to act as an OS (operating system) that can offer ingenious services such as server hosting, cloud, and user authentication. In the bid to make the creation of decentralized apps very easy and smooth.

As we have said earlier, to access the EOS platform, you will need to hold the EOS token. You don’t need to pay EOS for the service they render, just hold their token and you can access their services.

The only similarity you will find between EOS and blockchain networks like Ethereum is that they can both host decentralized apps created via smart contracts. However, the uniqueness is in the number of transactions that the EOS can process per second. It is capable of thousands of transactions in a second. On the other hand, Ethereum is limited to 15 per second.

How does it achieve that? EOS boasts of the ability to host thousands of commercial-level decentralized apps without their performance being affected by the aforementioned issues. It supports these DApps by utilizing asynchronous communication and a parallel execution approach across its blockchain.

To boost the efficiency of the blockchain further, it separates several units concerned with hosting the DApps. For instance, the execution process is done separately from the authentication process.

The EOSIO protocol provides the needed flexibility for the creation and maintenance of decentralized apps via several functions. The structure of free usage through token ownership removes the hurdle of transaction fees. This enables developers to use the protocol resources according to their holdings instead of the normal fee charged for each transaction.

This way developers can easily estimate the hosting costs by knowing the number of tokens that they need to hold to use all the tools they need. At the same time, they can easily draw up their monetization plans for their DApps.

The protocol also utilizes role-based permissions and proof-of-stake mechanisms to bring in flexibility to take swift high-level decisions such as bug fixing, freezing, and rollback.

EOS Price Prediction: Is It a Valuable Investment?

The bulls are out in their numbers and the crypto market is witnessing a great run in 2021. EOS has also been touched with a dose of bullishness. On May 11, 2021, the EOS token spiked by more than 30% in the market. This spike can be attributed to the recent announcement by Block.one, the company behind Eos to launch an exchange subsidiary that will be called Bullish Global. The exchange will be funded to the tune of $10B in both digital assets and cash.

So, it looks like the token has witnessed a recent surge in price. However, the question is that even with this price increase, is EOS a good investment? Will it give you a good return on your investment? According to Walletinvestor, EOS is indeed on a bullish market run going by the data gathered over the last 30 days. It has an earning potential of +4.50% in a year as it is predicted to reach around $15 over the next 14 days.

Let’s check on the crypto Twitter about their opinion of the EOS token. The community view of a token is also important in ascertaining the portfolio worthiness of a token. Lazybare believes that the token could push up to reach $36 and then push up further to reach $55 where it could meet resistance in the market.

But will not hold that long as I hope to rotate into another name lagging the overall market. $23 was ATH, so keep an eye on $36 and $55 for potential resistance. Good luck!

Another user JT believes that the token has the potential to reach $84 going by the recent development in the market. It seems like the EOS token is generating a good level of engagement in the Twitter crypto community.

I have $84 area as my personal target

That’s still a lot higher from current prices. But I’m happy to take the higher of the two 😝

You can watch his full prediction below:

Another YouTuber AJ FIVE points out the recent increase in the EOS price has been due to recent updates and announcements by the company running the protocol. He believes that the token will continue to increase steadily in price over time. You can watch his full briefings here:

Well according to the various predictions that we have looked at. Most of them are not expecting the EOS token to reach the $50 mark in 2021. However, this could happen in like 4 years going by the forecast available on the Longforecast website. Another prediction website Primexbt is predicting this to happen as soon as 2022 to 2023 where the price could reach as high as $160.

That is very dependent on the market conditions, if the market regains its bullish run then there is that possibility of it happening in the future as we have seen in predictions before. However, it seems the bears have taken over the market and the predictions right now do not favor a $100 move for EOS.

Is EOS Likely to Crash?

Recent activities suggest that EOS is unlikely to crash. Recently, the company behind the protocol secured $10B in funding for launching a crypto exchange as a subsidiary for EOS. This has also generated renewed interest in the token, which makes crashing very unlikely.

The project looks legit despite the controversies surrounding the sale of its EOS token during the ICO stage. Apart from that, everything looks good concerning the token.

How To Get The EOS Token?

The token is listed in several popular exchanges such as Kraken, Coinbase, Binance, Bybit, Huobi Global, etc. The token is quite popular and that means you are likely to find it on all major trading platforms in the market. The exchanges have various means through which you can acquire the token such as paying with debit or credit card, bank transfer, P2P, etc.

Is EOS a Good Investment? – Conclusion

The potential that coin holds is huge and it can disrupt the industry as well. If it is a good investment, it is left for the investor to decide after considering all the market indicators, including price predictions, major announcements, and plans for the EOS protocol. It looks like the EOSIO network has a solid plan for the token going by the series of updates and announcements in recent times.

By closely following the market, you can see if the token is worth the trouble. Right now, many things point in a positive direction for the token. However, the crypto market is the crypto market and as such, it can’t be fully predicted. So, as with many other crypto tokens, caution is the keyword.