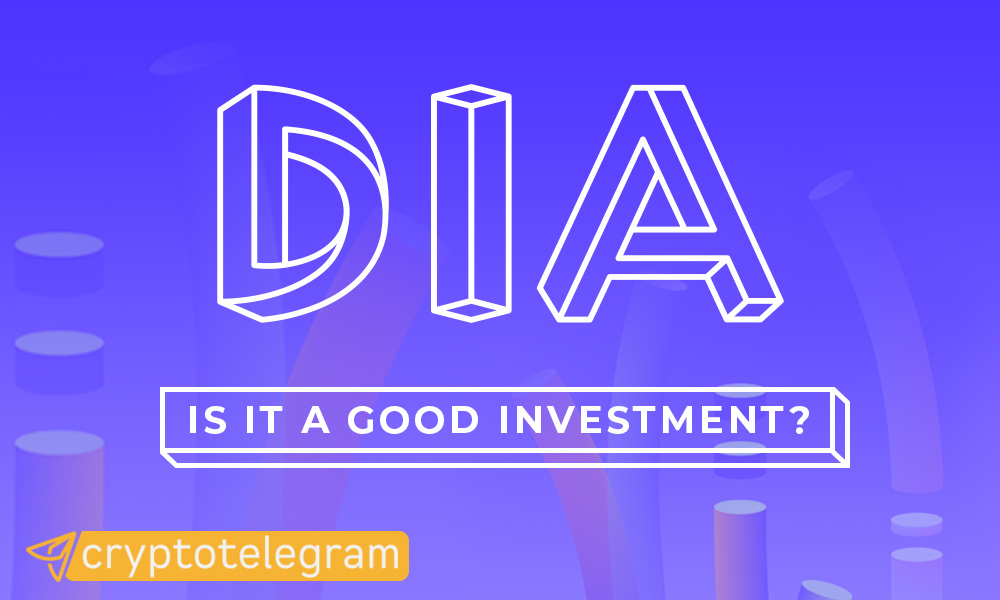 The majority of these data oracles cover info such as price forecasts, metaverse data, borrowing and lending rates as well as asset market caps.

This article aims to validate whether DIA is a good investment and give prospective customers adequate insight on how to choose the right digital asset for investment.

DIA stands for decentralized information asset. The platform takes advantage of both on-chain and off-chain data sources such as the metaverse, lending rates, and individual trading methodologies.  The resulting data is a blend of highly personalized, super-resilient information feeds. In fact, the ecosystem aims to enable developers to utilize the DIA blockchain to build on top of other blockchains such as Solana, Avalanche, Fantom e.t.c. The following is an image representing all the compatible blockchains that DIA will work ;

Most of the above cross-chain became available on DIA throughout 2021, in the process of scaling the entire decentralized ecosystem. It is worth noting that the Decentralized Information Asset operates under multiple blockchains, through cross-chain interoperability. In October 2021, a community update on the project’s medium blog announced that the ecosystem was going to deliver data feeds cutting across traditional finance.

The update said the project was delighted to deliver at least 20,000 equity price points cutting across different traditional finance exchanges such as NASDAQ, NYSE, BATS, and ARCA.

As you can see, the very aim of the project is to enable Dapp developers to build and deploy data-driven DaPPs in the most efficient model.

The DIA association is the brainchild of a team of founders including Paul Claudius, Samuel Brack, and Michael Weber. Claudius has remained the public face of the DeFi protocol since its inception and has sometimes been mentioned as the chief business officer. Besides working for DIA, Claudius has also cofounded BlockState AG, as well as worked as the director for nu3 ( a dietetics startup). Samuel Brack is the CTO, while Michael Weber is the president of the DIA association.

Some essential use cases of the DIA protocol include:

The DIA token and its Tokenomics

The DIA token is the native incentive of the DIA protocol that powers the community to make the ecosystem more decentralized, autonomous, and scalable. Any community member that owns the DIA token can propose new development ideas; once the idea is put under scrutiny and meets all innovation requirements; the team formalizes a structured proposal for which the DAO council discusses further and finally all token holders vote for its approval.

The total supply of DIA tokens currently stands at 60,074,878.00 DIA. On the other hand, the total market capitalization stands at $62,356,947. Meanwhile, as of this writing DIA is trading at $1.04. In this article, remember we are going to look at the direction of the DIA price and form a conclusion on whether DIA is a good investment in 2022.

DIA token use cases include incentivizing data collection, governance voting, and data validation. Note that historical data feeds are freely accessible, and one doesn’t need the token for that. However, users need DIA tokens to fund the appearance of new data on the platform.

Is DIA a secure network?

DIA is built on top of Ethereum’s ERC-20 tokens; which means it shares the strengths and weaknesses of the DIA protocol. The Ethereum network is highly secure due to the robustness of the blockchain’s proof of stake model. However, the network usually suffers from skyrocketing gas fees resulting in traffic congestion on the network. Also, note that congestion can cause delays in transactions.

Where do you buy DIA tokens?

You can freely buy or sell DIA tokens from a diverse range of crypto exchanges, including Okex, Binance, HBTC, and BiKi.

What makes DIA a unique investment?

The financial world faces an inherent problem of difficult-to-find, unverified data. DIA aims to find a solution for this by incentivizing data collection through publicly available data streams and oracles.

Who are the founders of DIA?

A trio of developers and business leaders founded the DIA protocol; Paul Claudius, who is the CBO, Michael Weber as its president, and Samuel Braker as the chief technology officer.

What is the all-time high price of the DIA token?

Is DIA a Good Investment? 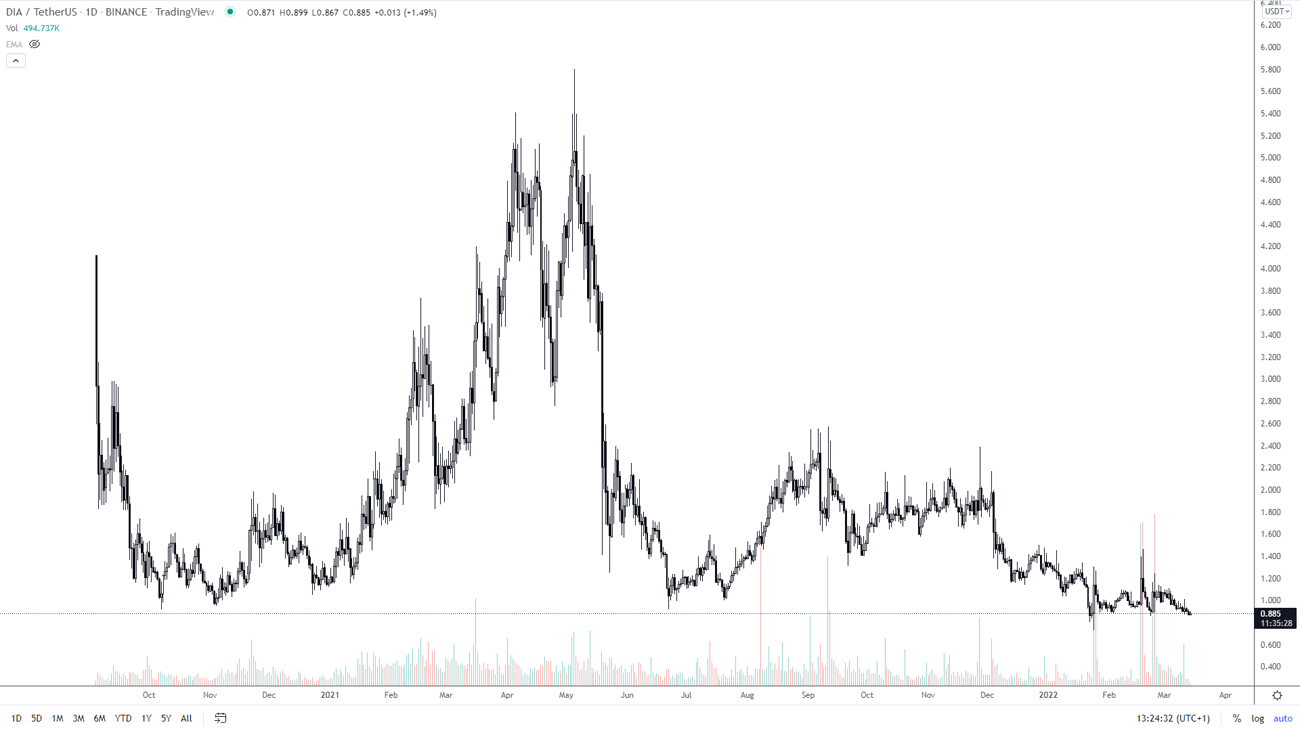 DIA was designed for highly resilient and efficient data collection. The protocol is the perfect network for mainstream data feeds, and as DeFi expands into the metaverse and Nonfungible tokens; the protocol is going to become a game-changer in the industry.

Decentralized developers are already building and deploying thousands of applications on the DIA blockchain. Besides, the protocol has entered into crucial strategic partnerships with other blockchains through cross-chain interoperability.

Remember that the DIA platform is robust, flexible, and can work in diverse environments. With speed and a lightweight design, the applications can enjoy quick transactions per second and short block durations. Therefore, DIA is a good investment according to what we found out in our research.

Owing to the relevance and potential of data across decentralized finance, we could bet that DIA is a good investment.  The token is a particularly perfect investment for traders aiming to reap interests in the long term.

While this price prediction is not inherent investment advice, you need to conduct your own research and come up with an evaluation of your investment needs. Always remember you can only invest capital that you can afford to lose.

The aim of such a prediction is to give you a general overview of the founding team, the technology stack behind a blockchain domain, and its utility. Such factors are excellent considerations when deciding whether a given blockchain project is significant.

An advantage of the DIA protocol is it has no historical funding from large investors. This means that the tokenomics of the coin cannot be put under manipulation by market whales. Therefore, tokenomics remain consistent, solid, and transparent. As long as there is transparency across a decentralized network, the chances of manipulation are usually low.

Is ALPACA Finance a Good Investment?

Is Telcoin a Good Investment?