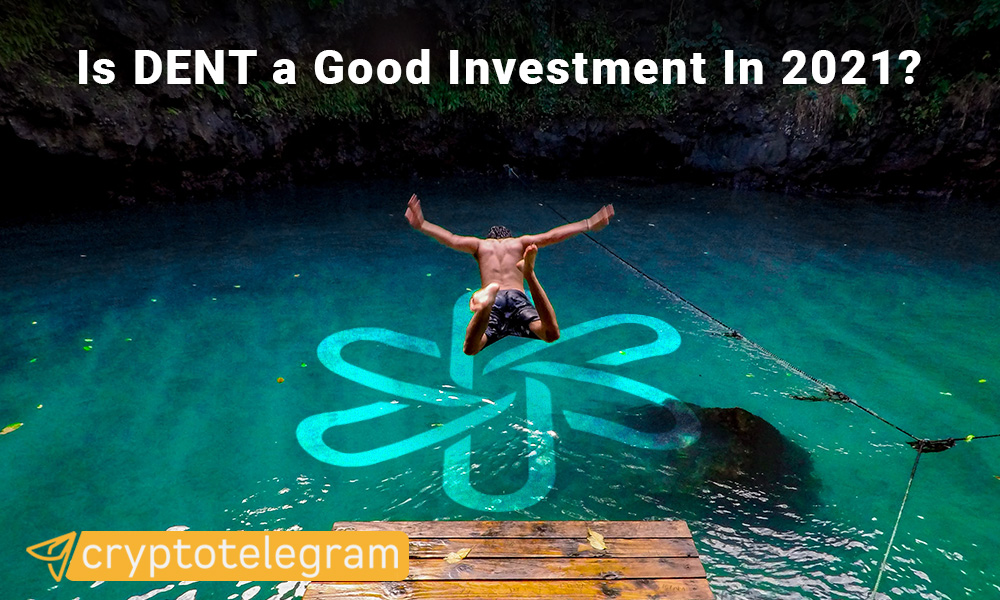 Many crypto investors start to notice that some of the most popular digital currencies such as Bitcoin, Ethereum, and the most renowned altcoins might be due for a correction. In order to maximize their returns, blockchain enthusiasts are turning to undervalued gems like DENT. That’s why we’re going to explain if DENT is really a good investment to make in 2021.

DENT is one of the most unique projects in the blockchain ecosystem, with a very original use case that makes it stand out from other tokens. Essentially, DENT is designed to bridge the worlds of blockchain and mobile phone data.

Currently, almost all mobile phone operators are locally based. In your home country, you can use your smartphone to make calls and use the Internet without any problems, and without paying any extra fees.

The problems arise if you travel a lot. Using your phone’s mobile data and making calls while abroad will make you cost extra, depending on your mobile network operator.

DENT solves this issue in a simple and elegant way. Thanks to utilizing blockchain technology, DENT is able to provide you with a worldwide mobile data plan.

With DENT, you can forget about paying roaming fees. You can travel to over 60 countries worldwide, and be sure that wherever you go, you will pay the same affordable price for using mobile data.

You don’t have to sign any contract or pay upfront either – travel whenever you want and pay for GB whenever you need more data.

What is DENT Coin, And Should You Buy it Now? 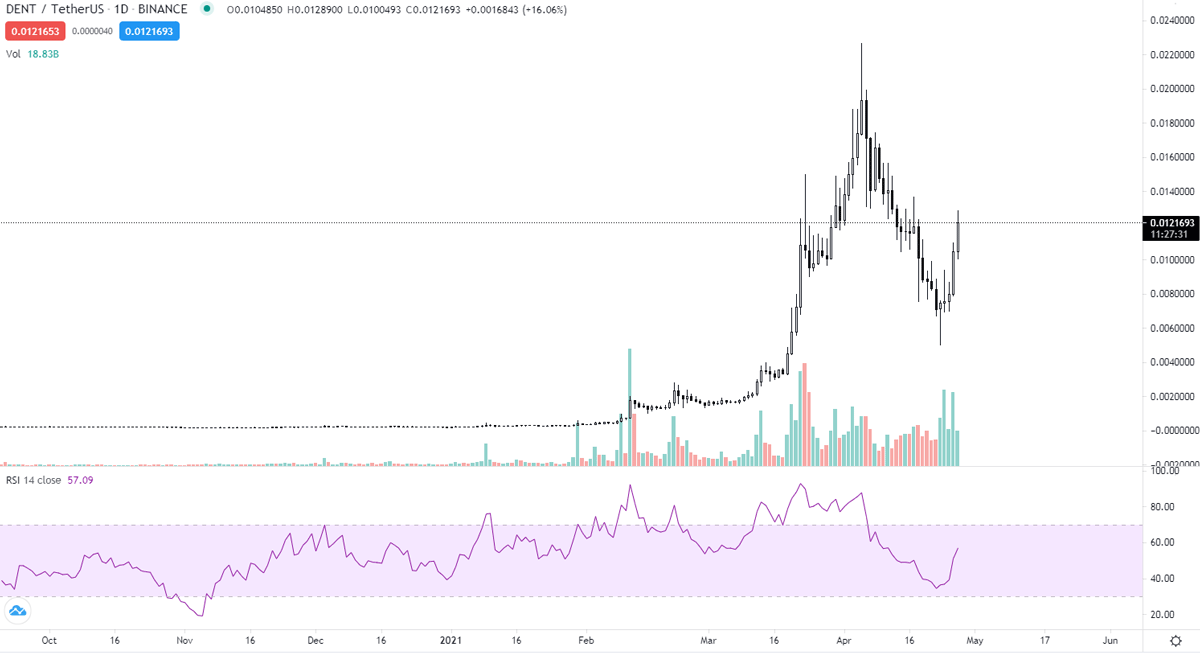 DENT Coin (DENT) is the native cryptocurrency token of the DENT platform. Users of the DENT mobile data service can use it to enjoy the full potential of DENT, but even if you personally don’t need a new mobile data plan, DENT can still be a good investment.

DENT is an ERC-20 token, which means that it is built on the Ethereum blockchain. Because of that, DENT can be purchased on a large number of exchanges, both centralized and decentralized. It can also be easily stored in any cryptocurrency wallet which supports ETH and ERC-20 tokens.

The total supply of DENT Coin is 100,000,000,000 DENT (100 billion). A huge supply like that means that a single DENT token is still very cheap, which makes it easy for the investors to buy large quantities of DENT.

Is DENT really a good investment? It’s definitely one of the most undervalued coins on the market, and its use case of enabling worldwide mobile data plans with no roaming fees is truly revolutionary. But what do the experts have to say about the future of DENT?

How many DENT Coins Are There?

Where can I buy DENT Coin?

DENT Price Forecast According to the Experts

DENT has recently entered the list of top 100 cryptocurrencies by market capitalization. Because of that, most DENT price predictions published on the Internet are bullish. However, since DENT is not as dynamic as many more popular coins, the forecasts are rather bullish and most experts don’t believe that the DENT price can appreciate by more than 100% before the year ends.

According to the price forecast website DigitalCoin, DENT is unlikely to suddenly erupt in price. Instead, DENT Coin will probably steadily gain value, and the possible price of DENT at the end of the year will be $0.02100164.

WalletInvestor, another price prediction service, states that DENT can trade for $0.0242. However, WalletInvestor also observes that surpassing $0.02 is the maximum DENT price prediction, and in the worst-case scenario DENT Coin can appreciate by very little and trade only for $0.0171 at the end of the year.

A very similar DENT price forecast was published by TradingBeasts. According to the website, DENT will trade for $0.0231850 at best by the end of the year. In the worst-case scenario, 1 DENT can only be worth $0.0157658.

What Are the DENT Price Predictions Made by the Crypto Community?

Members of the crypto community are more bullish about DENT than specialized price forecast websites. Some analysts believe that DENT Coin will be worth $0.5 or even more by the end of the year.

One of the more modest DENT price predictions was made by the Twitter user CRYPTOnite, who claims that DENT will be worth $0.10 in 2021. However, most analysts on Twitter are much more bullish than that.

A very optimistic DENT price forecast was published by the Twitter analyst going by the name Benham Satoshi. He believes that DENT will trade in the $0.5-$1 range before the year ends.

Another Twitter analyst, Jebba Dee, believes that DENT trading for $1 is unlikely, but reaching near $0.5 is very possible. The precise DENT price prediction made by Jebba Dee is $0.47.

$DENT #DENT 12.3% down from yesterday. Over 400% left before ATH. choose your buy price and hold through the dips. ATH is coming. I cannot put a time on it, but I would like to think its soon. My price prediction is 0.40 – 0.47cent based on a full fibonacci which is over 2000%. pic.twitter.com/Ec5PssHPnh

Youtube Analysts Agree That DENT is a Good Investment

A Youtube researcher going by the name Crypto Earl published a very similar DENT price forecast. According to Crypto Earl, the DENT price reaching $0.5 by the end of the year is “very realistic”.

While all experts agree that DENT is a good investment, not all of them are bullish enough to believe that $0.5 is an achievable level by the end of 2021. For example, the popular channel Crypto Profit published a DENT price analysis which claims that DENT is unlikely to trade for more than $0.04 by the end of the year.

While most experts agree that DENT will reach $1 eventually, almost all of them agree that it’s very unlike that DENT Coin will trade for $1 by the end of the year.

So, Is DENT Really a Good Investment?

When we sum up all the factors, DENT really does look like a good investment. It’s a project with an important real-life use case, as the DENT mobile data service is already being used in over 60 countries around the world.

However, experts differ greatly when it comes to precise DENT price predictions. Some believe DENT can trade for $0.5 or even more by the end of the year, while others claim that DENT won’t be worth more than $0.05 in 2021. Perhaps the truth lies somewhere in the middle and the analysts who claim DENT will be worth around $0.10 have the most realistic outlook.