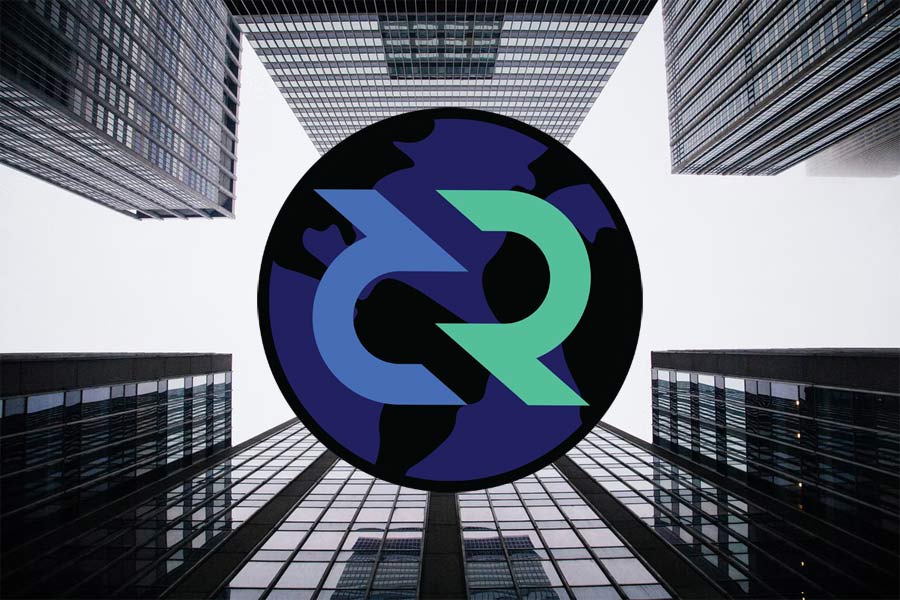 This is where Decred is different as the protocol is built to scale, improving on where Bitcoin falls short-scalability. Given the problem it hopes to solve, the protocol is certain to catch investors’ attention and they will want to know the future holds for this protocol through Decred price predictions.

In this article we’ll explain what Decred is and will try to find out if DCR is a good investment.

This issue has been the focal point of Decred (DCR) cryptocurrency. Decred aims to prevent something like the occurrence of Bitcoin Cash happening on its network by ensuring its community has a say on the running and future of the Decred protocol. By introducing self-governance, it ensures that a hard fork is very hard to achieve unless a majority of the community agrees to it.

According to Decred’s whitepaper, the way the protocol is designed allows the Decred community to decide on every single change or proposal on the protocol. It is built this way to ensure market whales can’t manipulate the operation of the network in any way. Given that the DCR network was built on the Bitcoin basis code with several modifications, the protocol will surely share some underlying features with Bitcoin. However, one of the places where they part ways is scalability. Decred is built purposely to solve the issue of scalability that plagues the Bitcoin network.

The protocol is built to improve on Bitcoin’s flaws, which is not limited to scalability alone. Another issue that seems to threaten Bitcoin presently is the risk of the network becoming too centralized in the hands of a powerful few capable of carrying large-scale mining over ASICS devices. 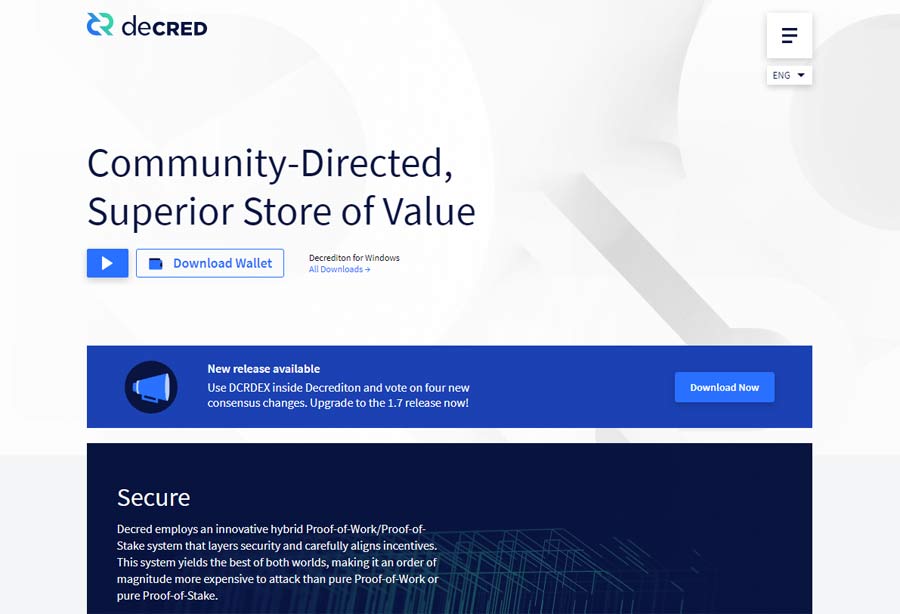 One way Decred differentiates its protocol from Bitcoin is the use of a hybrid consensus that utilizes both Proof-of-Work and Proof-of-Stake to run the operation of the protocol. In a similar manner to protocols using Proof-of-Work, blockchain miners on the Decred network carry out transaction validation by solving complex mathematical puzzles to mine new blocks added to the blockchain. On the other hand, Proof-of-Stake allows DCR holders to stake their tokens to confirm and validate transactions and at the same time participate in the governance of the Decred network.

Unlike Bitcoin where the entire block rewards go to the miner, on Decred, the block reward is shared between the miners, stakers, and the treasury at the rate of 60%, 30%, and 10% respectively.

Should I Invest in Decred (DCR Token)?

According to Cointobuy, the signs are good and it shows that Decred is a good investment with the price expected to increase in the future. Wallet Investor also echoes the same sentiment pointing out that the DCR token is an awesome investment. A $100 investment could reach around $693.25 by 2026.

Before we head into our Decred price predictions, let’s quickly look at the price predictions that we have from Crypto YouTube Channels. YouTuber EverythingForFun believes that if the market turns positive then the DCR token is bound to smash through boundaries to finish around $300 by the end of 2022. By 2025, the Decred coin could come close to $450. You can watch the full briefing below:

YouTuber Brave New Coin points out that his one-year target for the Decred token is $450. His full analysis is below:

As we head to the Decred price predictions that we have, let’s quickly take a look at the predictions of users on Crypto Twitter regarding the Decred coin price prediction. Twitter user LolekBolek created a poll and asked users to predict the DCR token price. A lot of users predicted the price will be between $200 and $500.

Another Twitter user Darth_Crypto is predicting the DCR token to hit $750 while user Frenchy_Hustler believes that within 12 months, the Decred token price will hit $1000. 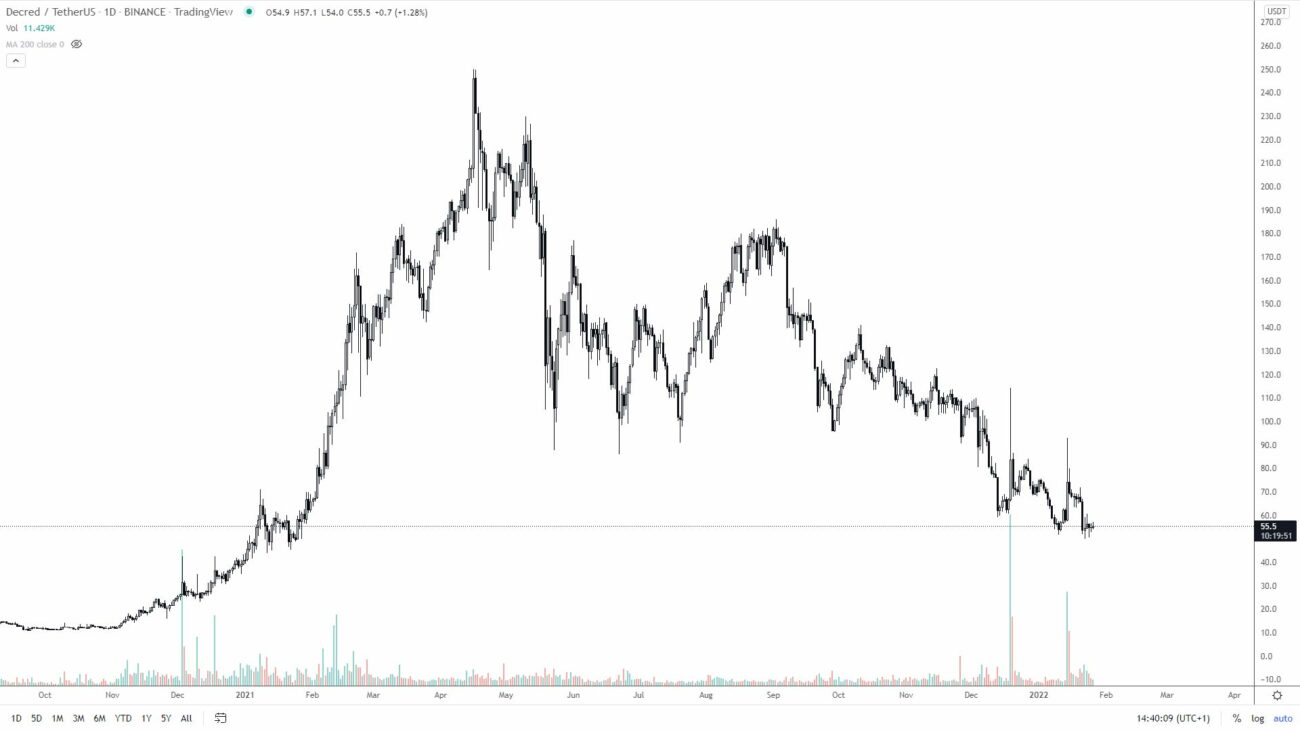 Going by the various predictions that we have, the signs are pointing to an increase in the price of the Decred token between 2022 and 2025. GOV Capital is predicting the token to finish the year with a price of $149.14 while Digital Coin Price gave its forecast for the Decred token as $175.87 by the end of 2022. By 2025, Decred could be close to $900 according to what we have on Wallet Investor. Digital Coin Price is very modest with its price prediction giving the price of Decred as $390.64 by 2025.

2023 is expected to continue being kind to the DCR token as GOV Capital is predicting the coin to reach as high as $366.99 by the end of the year. Digital Coin Price is predicting the token to finally finish the year beyond the $200 mark with a price of $246.52 predicted for December 2023. Wallet Investor DCR price forecast for 2023 is a maximum price of $514.139 by the end of the year.

Going by the various predictions we have seen, it shows that Decred will make a good investment in 2022. It remains to be seen if it will break its previous ATH also set in 2022.

Will Decred Go Up?

Yes, according to the several predictions we have examined the Decred coin price can go up.

The best way to mine Decred and reap some handsome profit is using ASICs but GPU mining can still rake in a decent profit.

Jake Yocom-Piatt the CEO of company 0 created the Decred protocol. The team behind the protocol consists of several ex-BTC developers.

What Does Decred Stand For?

It stands for “Decentralized Credits.”

Is Decred a Fork of Bitcoin?

No, it is not. Although the protocol is based on the modification of Bitcoin basis code, Decred is a standalone project and crypto.

Is QRDO a Good Investment?