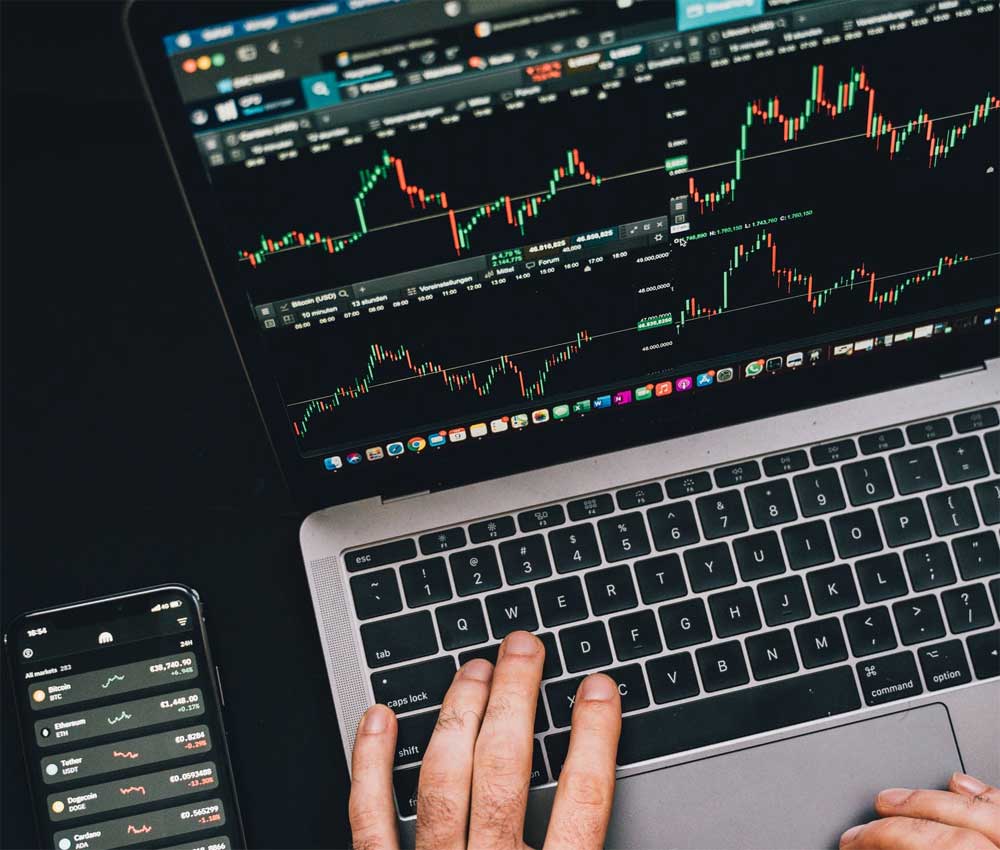 Avalanche is a platform of platforms, tagging properties similar to Polkadot and Cosmos due to its Ethereum compatibility.

At the heart of Avalanche’s DeFi ambition is AVAX, a token that’s now one of the most liquid in the DeFi circle.

AVAX primes the project’s system, allowing developers to create customized DeFi applications to enjoy some of the platform’s unique consensus.

Out of Avalanche, there is sub-second finality, high throughput, and the ability to use multiple custom VMS in a decentralized environment. The platform’s Nakamoto consensus algorithm allows the protocol to seamlessly scale the number of validators, making it one of the most decentralized blockchains around.

At 17th, with a market cap of $11.7 billion, AVAX is undoubtedly one of the top-performing assets in the crypto scene. Accelerants for the moon swing of the past few weeks is due to the Avalanche Rush program offering up to $180 million in AVAX to projects planning to build on the platform.

Even so, while AVAX prices have been tearing higher, there are signs of weakness reading from price action in the daily chart. 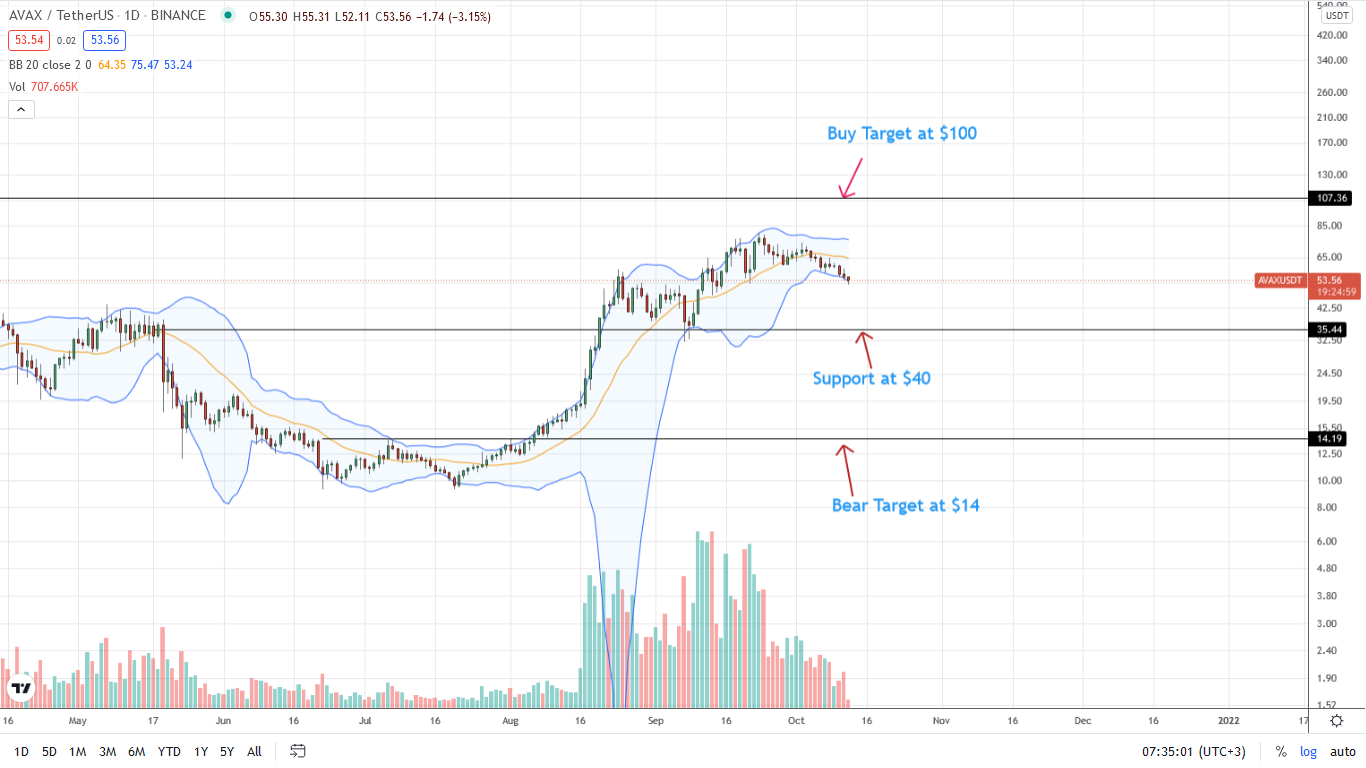 Away from fundamentals, the AVAX uptrend is questionable. For instance, AVAX is now trading below the middle BB in a bear breakout pattern. The coin is down eight percent on the last day and 18 percent week-to-date versus the greenback.

Additionally, the downtrend is with a sharp contraction in trading volumes as bear bars band along the lower BB. This points to increasing selling momentum and the high likelihood of AVAX prices sliding back to $35 in a bear trend continuation pattern reflecting price action set in motion by September 2021 sellers.

A trader on Twitter is nonetheless confident despite the pummeling of AVAX prices, as evident in the daily chart.

Once we break this channel also hold support above $70 and this shit will fly soon …..
$100 is inevitable 💯#ALTSEASON #Binance pic.twitter.com/OWqqj1Rh6R

While AVAX/USDT prices are printing lower lows and bear bars aligning with the lower BB, the analyst remains defiant.

He observes that AVAX is tracking lower inside a descending channel.

Avalanche to Resume the Uptrend

From Trading View, a trader is optimistic of a trend resumption which may see AVAX prices rally back to $64 and beyond.

In his AVAX/USDT 4HR chart analysis, the trader notes that prices are inside an ascending channel.

Presently, AVAX prices are retesting the primary support line. Judging from historical performances, it is likely that AVAX bulls will flow back at spot rates. In return, this will pump the coin back towards $64.

From the trader’s chart, the RSI-Stochastic indicator is at the oversold territory, and a buy signal has formed pointing to demand and possible buy trend resumption.

Is AVAX Under Pressure Due To Profit Taking?

On YouTube, one analyst notes that AVAX is under pressure and tacking lower because of profit-taking.

Ripple Rejects Selling Pressure, up 13% – Is a Shakeout Back to $1 Developing?