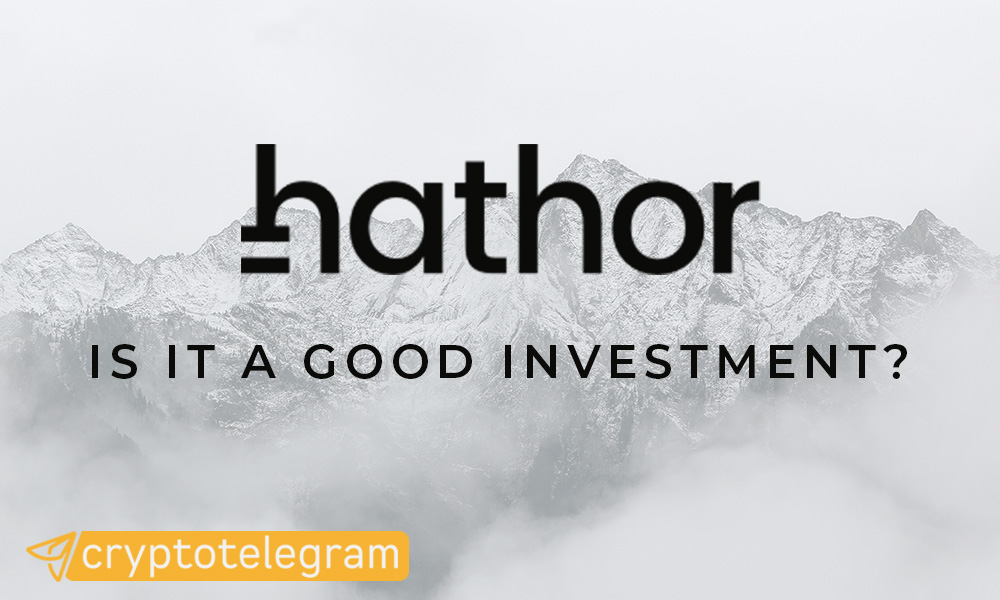 Hathor Network (HTR) is still an undervalued gem, but many crypto experts are convinced that Hathor is a good investment to make in 2022. Blockchain analysts are pointing out the fact that Hathor Network is one of the most technologically advanced blockchains in the ecosystem, and that it can potentially revolutionize the entire crypto market. But what is Hathor specifically, how does it work, and is HTR a good investment for cryptocurrency enthusiasts looking for massive profits?

What Is Hathor Network?

Hathor (HTR) is a decentralized ecosystem for processing advanced financial operations using a unique combination of traditional blockchain and DAGs (Directed Acyclic Graphs). This innovative architecture allows Hathor to perfectly balance a high level of decentralization with superb scalability, which means that HTR is a good investment if you’re looking for a truly groundbreaking project to invest in.

Just like typical blockchains, Hathor Network provides its users with military-grade security and full censorship resistance. However, the utilization of Directed Acyclic Graphs enables Hathor to be much more scalable than first-generation blockchain networks like Bitcoin or Ethereum.

For example, Bitcoin can only process a few transactions each second, and Ethereum gas fees are notoriously high. Hathor is different. The network can support 200+ transactions per second, and the best part is that there are no fees at all – you can trade tokens completely for free!

Hathor features many more innovative features. For example, the built-in Atomic Swap allows various tokens to be securely swapped on the same transaction, and Nano Contracts are the next step in the evolution of smart contracts as they are designed to be easily connected to real-world data. 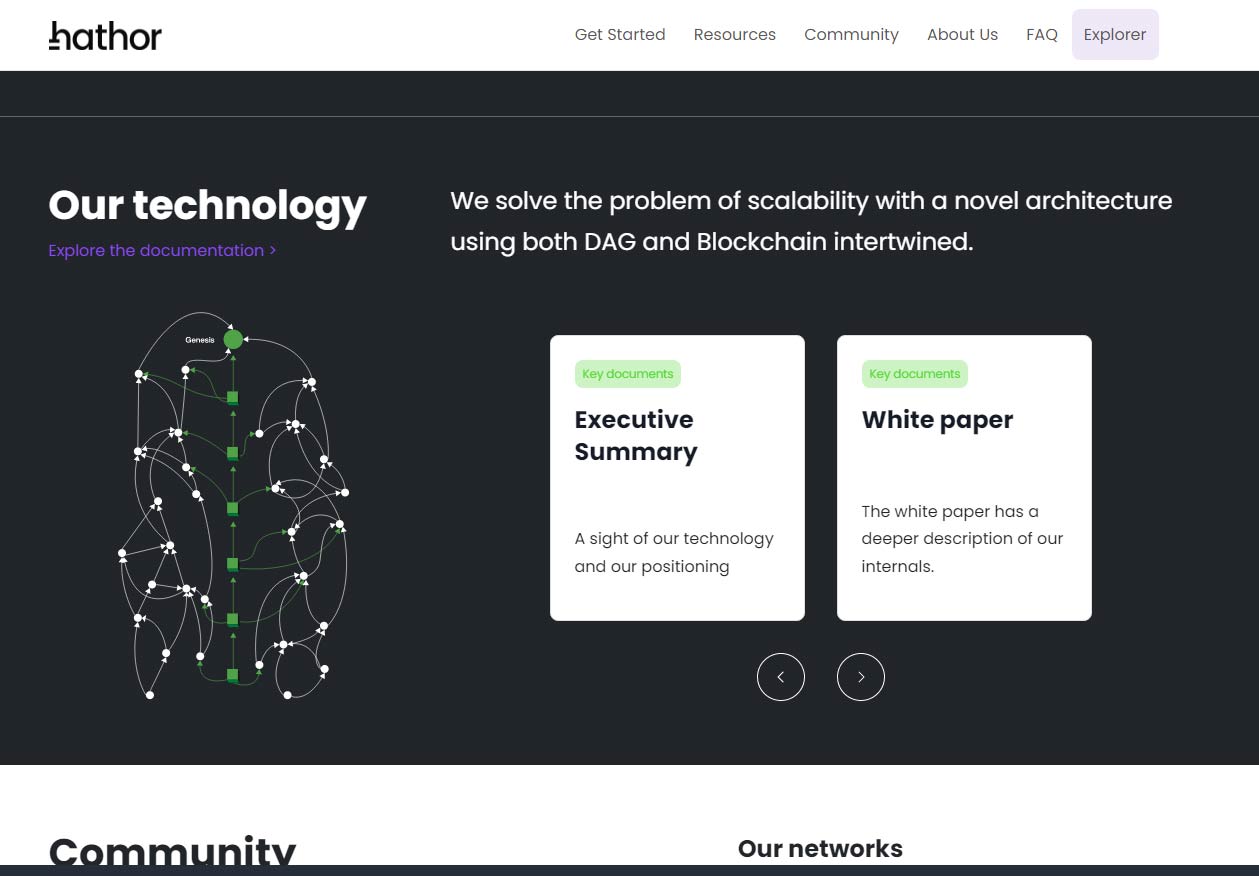 Why Is Hathor a Good Investment?

The main reason why Hathor is a good investment is simply the fact that for a massively technologically advanced project it is still very undervalued, and the market cap is rather low. In other words, you can invest in HTR before the price skyrockets!

Another reason why it’s good to invest in Hathor Network is that the project is expanding at a tremendous pace and new features are being added constantly. For example, Hathor already features compatibility with ERC-20 tokens. But in the future, Hathor Network will also add support for the ERC-721 token standard – in other words, Hathor will be compatible with all Ethereum-based NFTs!

Finally, one more reason why Hathor is a good investment is that it’s designed specifically to be maximally easy to use, even for people with no technical knowledge and zero blockchain experience. With Hathor Network, literally, everyone can effortlessly deploy their own smart contracts in less than a minute! 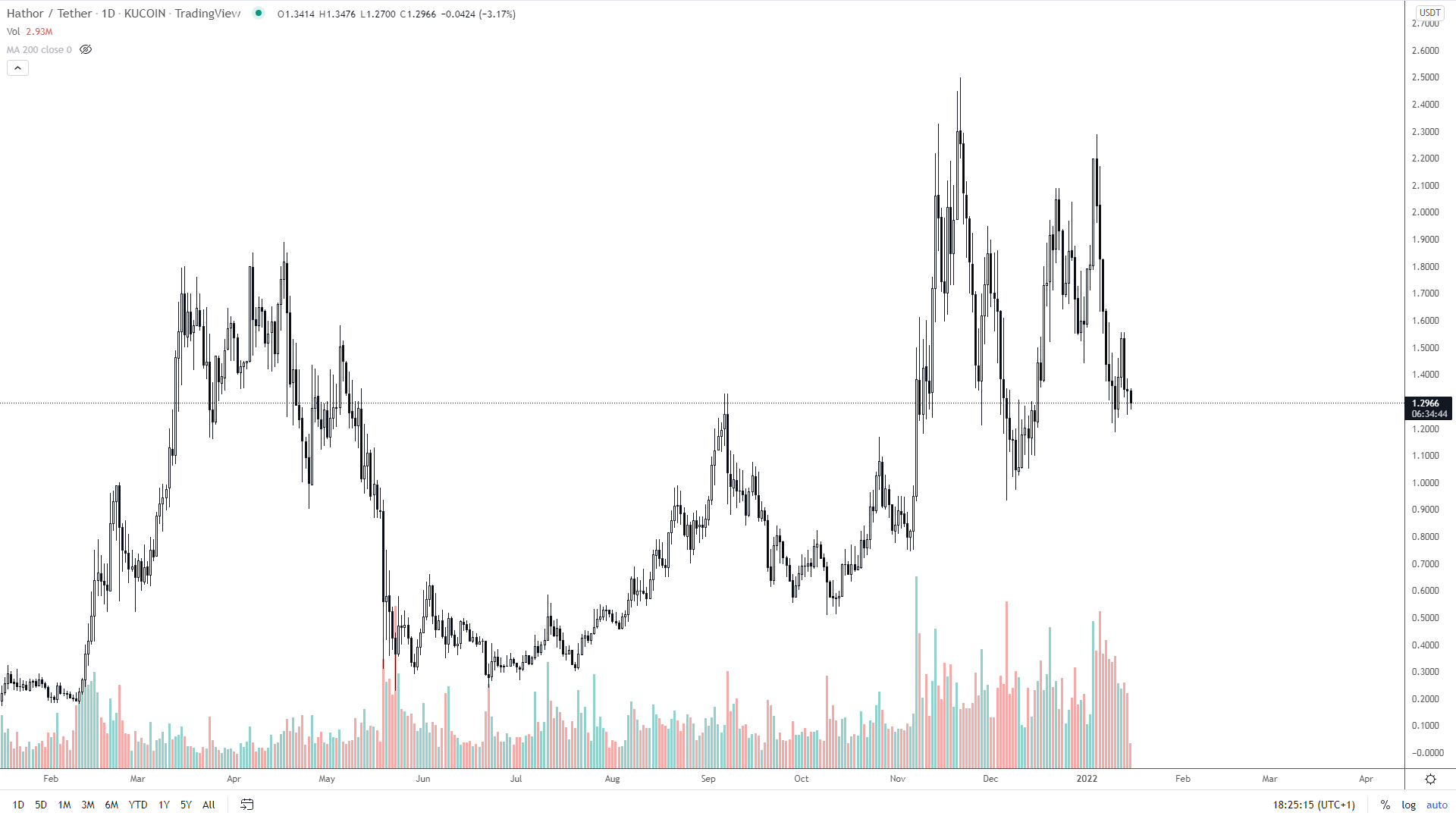 Why Does the Crypto Community Think That Hathor Is a Good Investment?

The community of blockchain investors does not just think that Hathor is a good investment – crypto enthusiasts are convinced that HTR might be one of the best cryptocurrencies to buy in 2022!

Many people are convinced that Hathor is massively undervalued and that the HTR price is likely to soon go parabolic. When that happens, Hathor Network has a chance to compete with popular blockchains like Cardano (ADA), Solana (SOL), or even Ethereum (ETH).

According to Twitter user Bruno Gazzola, there’s one more important reason why Hathor might go parabolic soon. It’s because HTR uses the same mining algorithm as BTC. In other words, Bitcoin miners can mine HTR coins with no additional cost, which can greatly increase the popularity of Hathor:

$HTR about to go parabolic.

And you'll understand why (in case you are lost):

I can see this one passing $100 if everything goes as expected.

Other crypto enthusiasts focus more on the strong technologic fundamentals of Hathor than on the charts. For example, Christian Aranha has pointed out that the Hathor ecosystem is expanding at a rapid face, and the network is constantly adding new nodes:

Finally, some members of the crypto community on Twitter believe that Hathor is a good investment simply because it’s very easy to use, so it can achieve mass adoption quickly. Crypto expert Mandona has shared an infographic showing that creating NFTs on Hathor Network is much easier than on traditional blockchains like Ethereum:

HTR is a very promising cryptocurrency, and many people believe that it has the potential to compete with some of the most popular blockchains in the ecosystem. In other words, HTR will likely reach $100 in the future, but it’s still too soon to predict when it will happen.

Is Hathor Crypto On Coinbase?

Hathor is still a relatively unknown, small market cap cryptocurrency, which means that it’s not listed on Coinbase yet. It’s also unclear when Hathor will be listed on Coinbase. But when that happens, the HTR price will almost certainly increase massively!

Where to Buy Hathor (HTR)?

Currently, Hathor is only available on a select number of cryptocurrency exchanges. You can buy HTR on KuCoin, Gate.io, AscendEX, CoinEx, and CoinMetro.

Is Hathor a Good Investment?

When we take all factors into consideration, Hathor is definitely a good investment to make in 2022. It’s tremendously advanced crypto with very strong technologic fundamentals. It’s a very fast network with no fees at all, which can lead to a superb rate of adoption. And since HTR is still very undervalued, you can still buy Hathor before the price erupts!