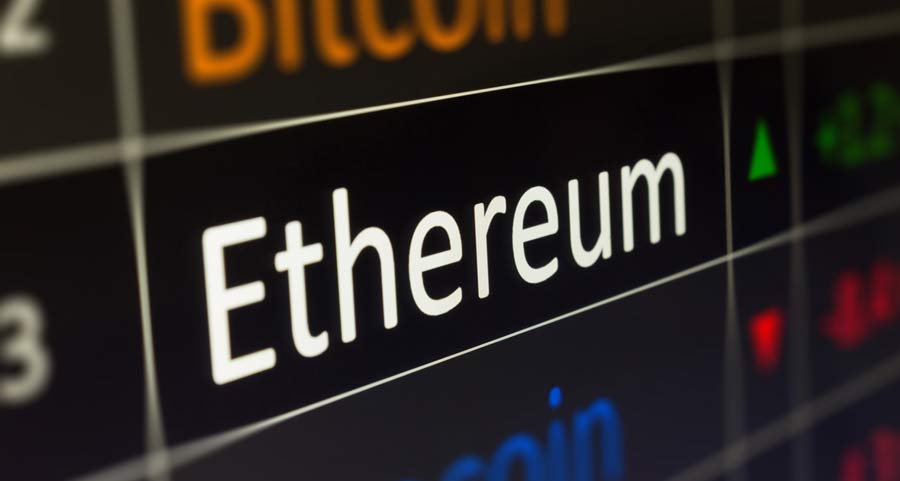 Ethereum is back above $4k—it was expected. There are encouraging higher highs as per the development in the daily chart.

However, it is not to say buyers are firmly in control. If anything, ETHUSDT is in range, bound by the bear bar of December 13.

This alone is bearish unless there are sharp gains above $4.2k, confirming gains of December 23.

Fundamentally, Ethereum remains a world computer considering its stellar performance in the past few months.

The network holds several accolades, first as the home of DeFi and second as the most active network for the minting of NFTs.

When news float around that there are more searches for NFTs than crypto for the first time, this flipping indirectly means Ethereum is also one of the most discovered networks.

NFTs have been gaining continuous traction from celebrities to prominent sports brands like @Nike, @adidas, and @UnderArmour all getting involved. pic.twitter.com/gTtQKZILQO

It is factoring in the network’s mega share in the wildly popular field. As we advance, this is a net positive for Ethereum and could help burn more ETH through EIP-1559, directly drawing more demand for ETH.

A look at the ETHUSDT daily chart meanwhile points to sideways movements as mentioned earlier. 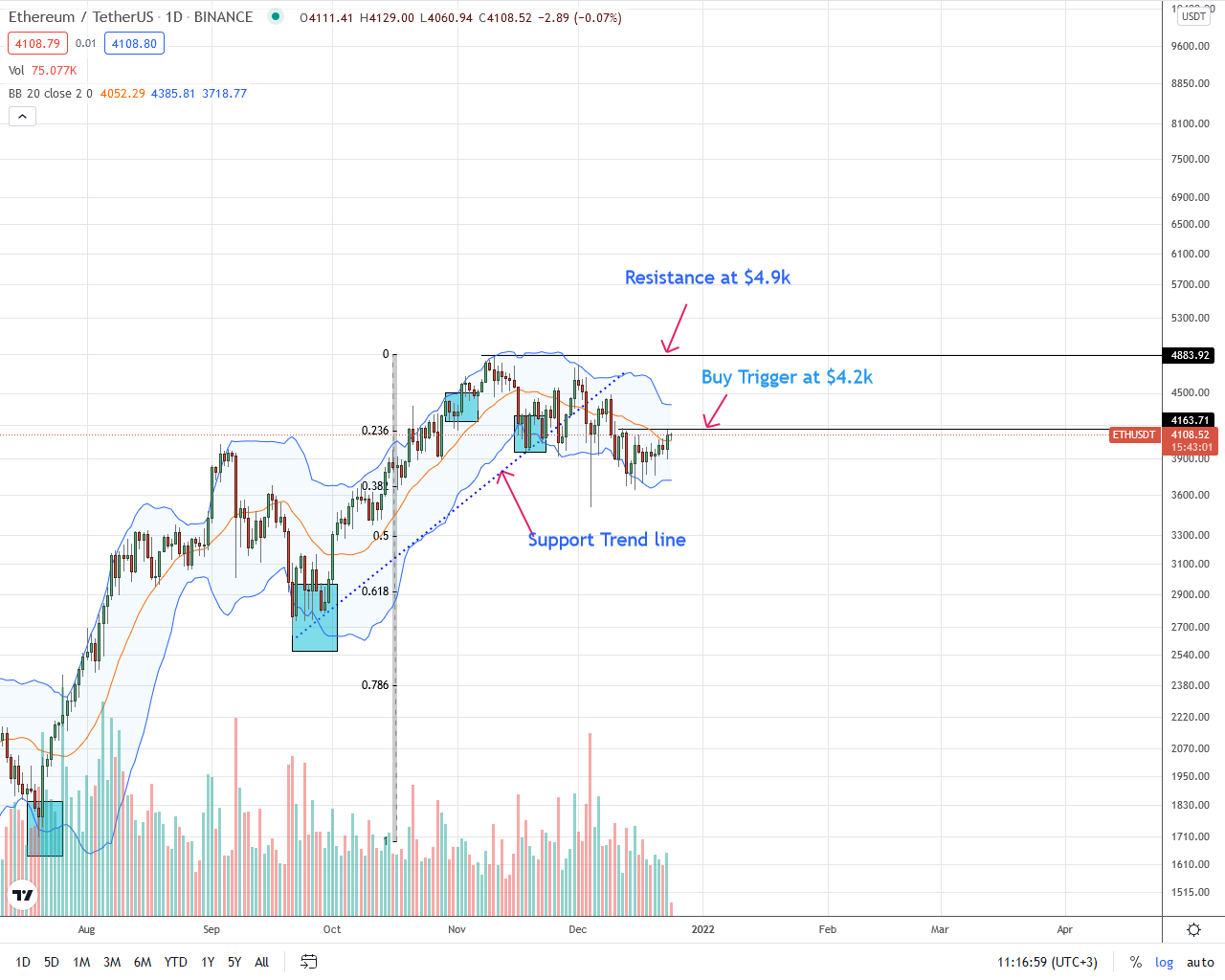 Although there are gains, as shown in the December 23 bull bar, the ETH rally is still limited.

For instance, ETHUSDT prices are within the December 13 bear candlestick. This is bearish from an Effort versus Results perspective.

Buyers will only flow back should there be a confirmation of yesterday’s bull bar, driving prices above $4.2k in continuation of bullish attempts of the past few days.

Notice that there are higher highs relative to the lower BB, helping slow down sellers of December 4 and 13.

Numbers don’t lie. Right now, Ethereum might be trading above $4k. However, on-chain data reveal that Ethereum’s realized price is at a new all-time high of $1,923.

This is a massive development for the network. Usually, realized price—a variation of market cap—is a closely watched metric.

Therefore, the breach of the realized price of ETH to new all-time high means despite the stagnation of prices at spot rates and above $4k, there could be more upsides for the coin in the days to come.

From the daily chart of the ETHUSDT chart, the upward momentum is beginning to change for Ethereum.

#Ethereum Daily RSI recently broke out of its down-trending RSI resistance on the daily time frame that began at all time highs: pic.twitter.com/0CP0BUVC6l

One trader on Twitter notes that the daily RSI is bottoming up from the oversold territory, moving in lock-step with prices which is also edging higher.

He further observes that ETHUSDT RSI in the secondary chart of the daily chart broke above the main resistance trend line. Accordingly, with the base set and momentum shifting to favor ETH bulls, the probability of prices galloping higher looks high.

On YouTube, one trader is confident in ETH prospects.

He notes that prices recently broke up above a falling wedge–as per the developments in the 6HR chart. Therefore, a retest could see ETH prices fly in the days ahead should the previous resistance turn support.

If there is a confirmation of bulls, ETHUSDT might surge to $4.7k—the swing high.

Disclaimer: Opinions are those of the author and are not financial advice. Do your research.