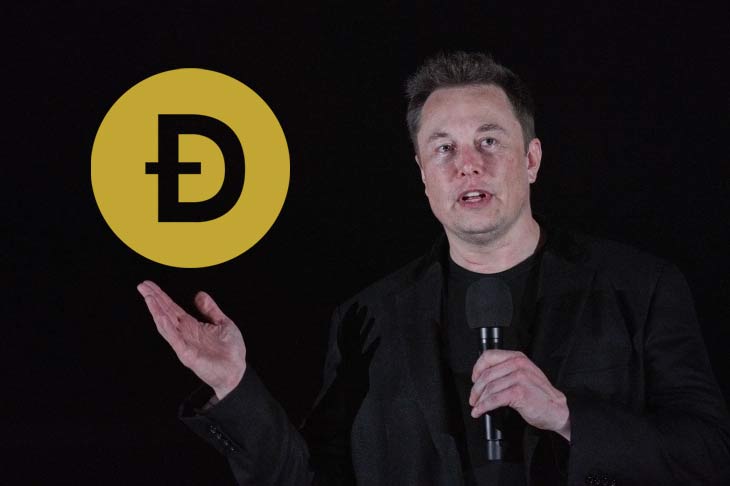 Tesla and SpaceX CEO Elon Musk believes Dogecoin (DOGE) is better suited for payments than Bitcoin (BTC). He aired his opinions during an interview with Time Magazine’s Jeffrey Kluger after the acclaimed magazine named him the person of the year. Musk, who once declared himself the Dogefather, noted that DOGE’s fundamentals make it the perfect crypto for completing transactions.

In the interview, Musk admitted that DOGE was created as a silly joke. However, it has a higher transactional flow, which makes it an ideal payment method. He also acknowledged that the coin is slightly inflationary but claimed its inflation percentage would decrease over time, pushing more people to use it for daily transactions instead of HODLing it as a store of value.

Explaining why BTC is not ideal for payments, the DOGE evangelist said the leading crypto by capitalization has a low transaction volume. He also pointed out that the average cost per transaction in BTC is high. However, he believes BTC’s fundamentals make it a good store of value.

While many in the crypto space might be inclined to differ with Musk’s opinions, he said his knowledge in the money industry is quite extensive, seeing as he played a significant role in creating PayPal. He bragged about being well-versed with the industry, Musk said only a few people could beat his understanding of the money system and how it functions.

An extra boost for DOGE

Apart from praising DOGE, Musk announced that Tesla intends to start accepting the canine-themed coin as a means of payment for select merchandise. The DOGE community received this news well, seeing as the coin rose by as much as 30% earlier in the day, becoming the largest gainer in the top-100 list of leading cryptos.

This news comes after Musk tweeted that,

To help DOGE achieve these milestones, Musk also promised to work with the coin’s developers to help improve the coin.

Near Protocol (NEAR) In Correction After 70% Rally Amid Terra Integration

Report: Australia Intends to Implement Its Crypto Reform Plan in 2022