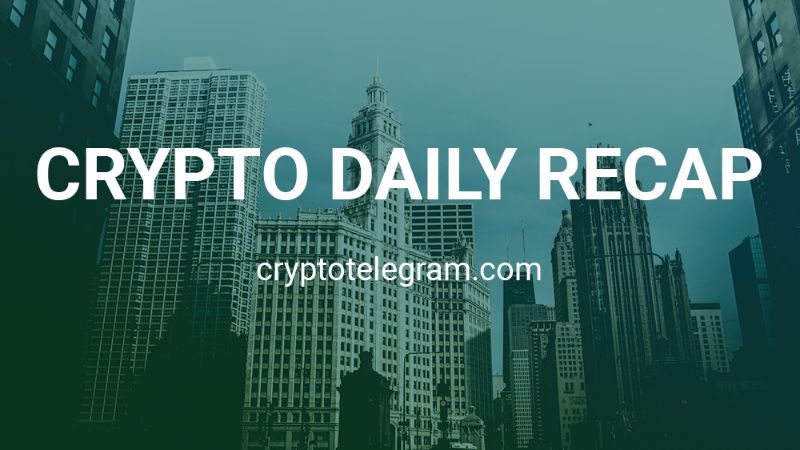 The world of crypto keeps buzzing every day and we are always keen to bring those buzz close to you. So many happenings in the world of crypto today, and we have some of the most exciting and informative ones for you to savor.

Tech Giant Ripple Has A New Product For Its Users

Earlier today crypto giant Ripple announced it is opening up its lending arm of the business to its users. The fintech company is making use of its On-demand Liquidity (ODL) service to open up a line of credits to its users. This product offering is targeted at small and medium businesses seeking to grow their company in areas where their growth would have stalled. This is to put them on a better standing on competing with bigger enterprises.

It is no longer news that ETH gas prices have risen considerably in the past few months. The current DeFi hype is one of the driving factors behind it. The report has it today that ETH miners have beaten BTC miners for 2 consecutive months in earnings made through transaction fees. According to Messaricrypto, this is the longest streak we have seen in crypto history. Certainly, ETH miners will want this streak to continue for as long as possible. However, that won’t be good music to the ears of users that are already groaning under the current high gas prices.

ETH may have the beating of BTC at the moment in terms of miners’ earnings. But, in terms of price, we all know BTC stands shoulder above the rest. Experts are reporting that BTC price could retest the $11,000 threshold once more following favorable macro factors in the BTC’s technical setup. Additionally, the report has it that Bitcoin hashrate just hit an all-time high as BTC hits the $11,000 mark.

Speaking of BTC, Square announced a purchase of $50M worth of bitcoin citing the belief in the crypto as a tool of economic empowerment. As well as offering the means to take part in the international financial system.

On the eastern side of the globe, specifically in India. Venture capitalist Tim Draper just made a big bet on the Indian Crypto Market. He invested in the Indian crypto exchange called Unocoin. Despite, the likely ban looming on the Indian crypto market and uncertain regulations. Perhaps, the dramatic growth of the exchange was too much a pull for Tim to look away. Unocoin experience 10X the number of users following the Supreme Court decision to crush restriction coming from the Central Bank in India.

Also, in the news, the U.S. through the Attorney General office has released a report containing crypto enforcement framework. This report contains a strategy aimed at keeping crypto crimes at bay. The United States Department of Justice has focused its searchlight on the activities of crypto criminals substantially affecting the input of investors globally.

Fintech Revolut Seeks To Break Into The Crypto Market

The journey continues for fintech companies foray into the blockchain industry with Revolut the latest fintech company to continue on that path. Revolut secured a partnership with Fireblocks to use its network infrastructure and MPC-based wallet to service its customers. The company wants to introduce crypto services to its 13 million-strong customer base.

The Coinbase Debacle Rumbles On

Things are heating up inside Coinbase with 5% of the labor force including the VP leaving the company. The reason for the exits is the controversial stand of the company CEO Brian Armstrong to not dabble in what he tagged political matter or social activism. The heat started warming up earlier this summer when the company refuses to make their stand known over the recent Black Lives Matter protest. This lead to a virtual walkout among the staff of the company.

As the adoption of digital currency rises, Japan has announced its plan for its digital currency to commence next year. The Bank of Japan alongside seven other central banks and the Bank of International Settlement have already worked on the fundamentals of Central Banks Digital Currencies (CBDC) as outlined in their jointly produced report.

Additionally, there are indicators that China CBDC might be close at hand. Several pilots have taken off already in China with new ones entering the scene too. According to reports, China’s Central Bank and the district of Shenzhen are about to hand about 10 million digital yuan to her citizens. They will be given to the citizens in the form of red envelope gifts. Citizens within the named district can start applying for the gift from October 9, 2020.