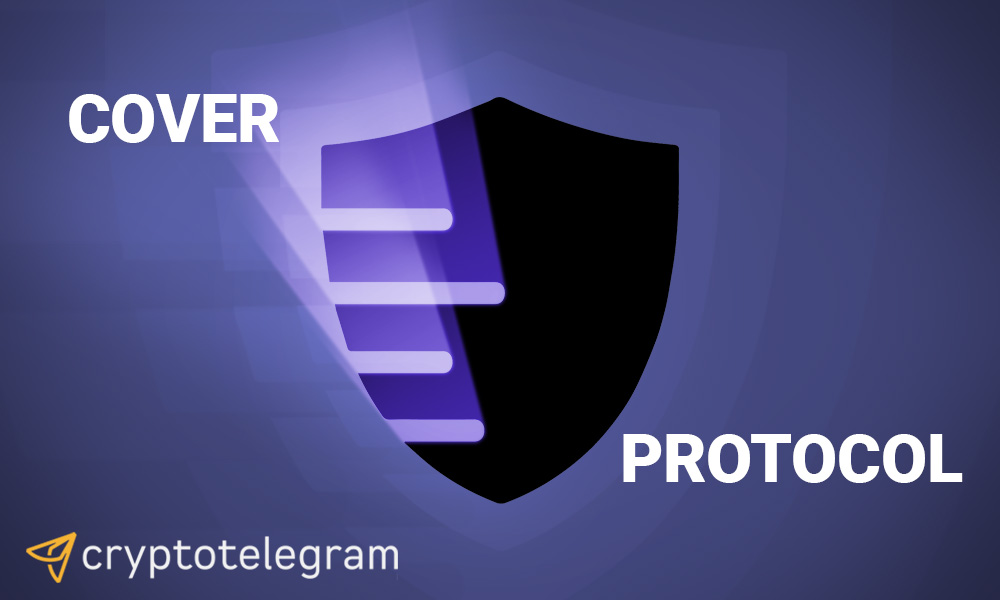 If you’ve been keeping up with the Cover Protocol news this title might have surprised you.

Yes, Cover Protocol was exploited recently, with a bug in the staking contract causing a near-infinite amount of the tokens to be minted. The price of one COVER token dropped from $700 to under $4.

So What Makes COVER Attractive Now?

There are two key reasons and they come down to the project’s updated tokenomics. Let’s dive into that in a second. Before though, many are probably thinking that surely the project’s reputation has been damaged beyond repair? 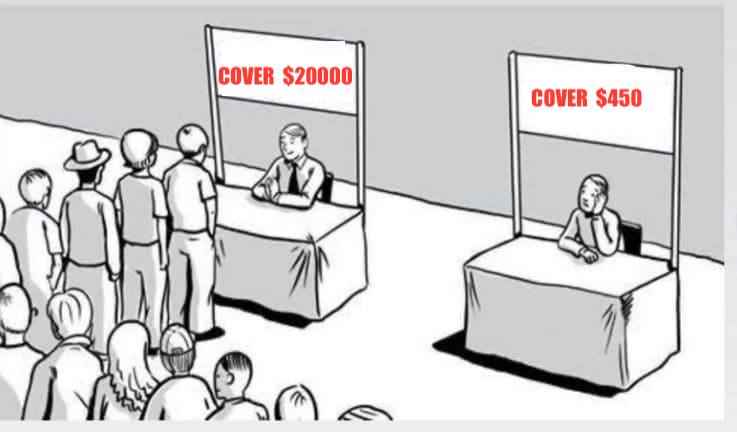 Is Buying COVER Now a Good Idea, Or Is Its Reputation Damaged Beyond Repair?

The nature of the exploit was connected with the project’s incentives staking contract, and actually had nothing to do with the project’s underlying mechanisms. Cover uses AMMs (automated market makers) to establish markets where users can buy and sell protection for many DeFi projects. Holding CLAIM tokens entitles users to $1 of fully-backed collateral for each token. It’s a highly innovative approach and something that hasn’t been seen in the space before. Even more importantly there is an urgent need from DeFi users for this service, with DeFi projects being exploited regularly.

The fact that the recent incident had nothing to do with the project’s underlying system will likely work in its favor, and users will likely be much quicker to forgive and forget. We’ve seen other affected protocols that actually did have their base protocol layer exploited, and even then users have quickly regained trust.

Cover Protocol has actually already been integrated into the Yearn Finance dashboard, and will likely see a huge influx of users in the near future. As users grow, there will be increased demand for the Cover Protocol’s governance token.

This brings us onto COVER tokenomics.

Tokenomics: Understanding Why COVER is A Good Investment 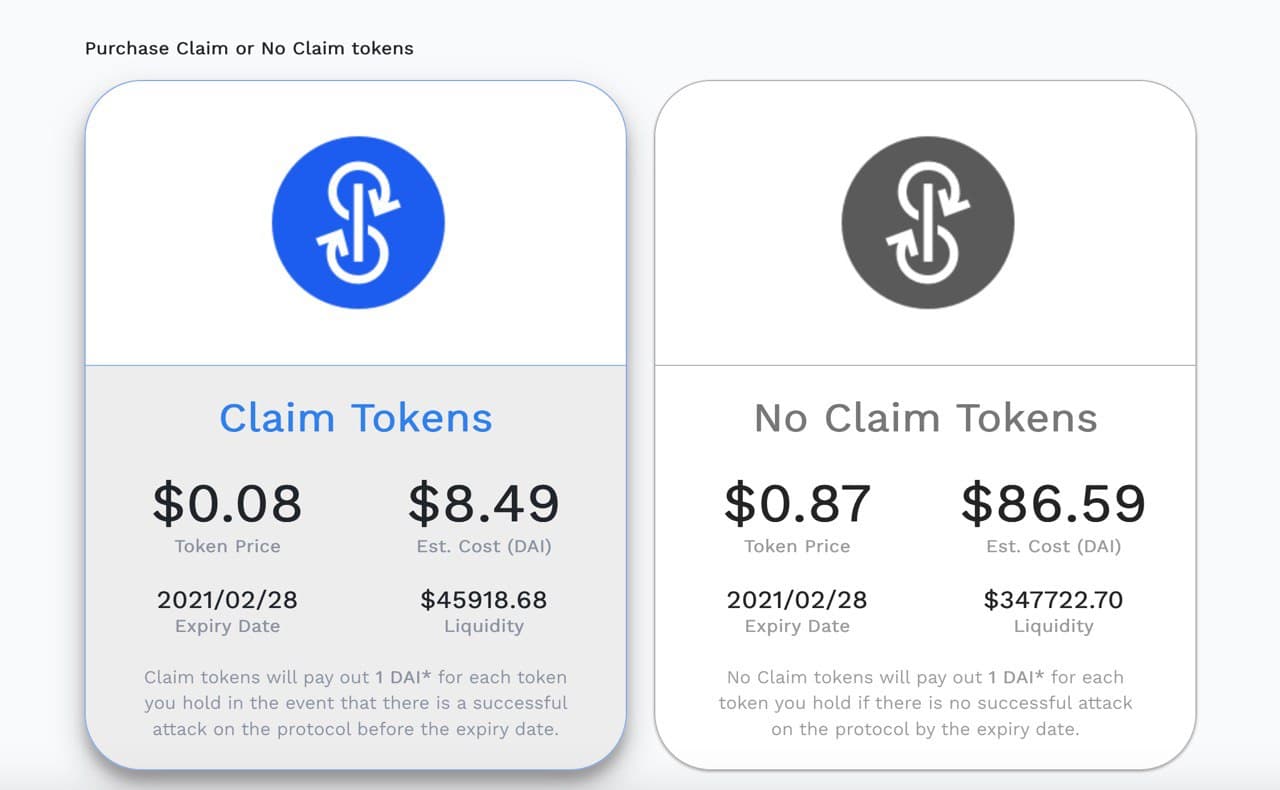 Before the exploit COVER was an inflationary asset, with a steady release cycle scheduled for the next three years. 625 new tokens were being released weekly, with a total supply of 105,000 scheduled to be released over three years.

The big news is that following the incident this model has been scrapped. The new token is being created from a snapshot of the chain just before the exploit. These will be all the COVER tokens that will ever exist, around 70,000.

As we all know supply and demand are the basis of all market price action. When supply is capped with zero inflation there are no new tokens for buyers. As more and more buyers seek exposure to Cover protocol’s governance system this will likely cause the price to appreciate. Why would anyone want the Cover Protocol governance token? COVER is immensely valuable, playing a pivotal role in the claims process and shaping the future development of the platform. COVER will only grow more valuable as the protocol grows, and could in the future accrue value from the activity on the platform.

There’s another crucial element to the new COVER token model. One of the largest affected users was the Binance exchange, which held around 13k COVER tokens for its users. This represents around 20% of the circulating COVER token supply, which as we’ve discussed will now be the project’s total supply with no further new tokens.

Binance has chosen not to provide their users with a one-to-one swap from old COVER tokens to the new token. Instead, users will receive a USD stablecoin to the equivalent value, costing the exchange around $11m. Binance will then keep all new COVER tokens, making the exchange the largest holder of the new COVER token. This will mean that 20% of the COVER token supply will be taken off the market immediately.

With so many tokens now not available, users who tried to load up on cheap COVER following the exploit who now all have USDT will be competing for a limited amount of the new tokens. Again, increased buying pressure but limited tokens available for sale usually only means one thing – an increase in token price.

And talking of price, several variables go into determining whether the project will recover on accelerants or die.

In DeFi, success or failure inches on fundamentals; Cover’s are pretty dip and saucy too!

But first, as a recap, we now know that:

See, price is a factor of supply and demand. Willing buyers and sellers. These two determine the price trajectory of any given project.

It is basically 101 Finance.

Cover Protocol learned a lesson. Its core contracts are encouragingly working as intended; an opportunity for the savvy.

Price fluctuations in cryptocurrency (and virtually all markets) are normal. Flash crashes happen, and it, unfortunately, happened in COVER. 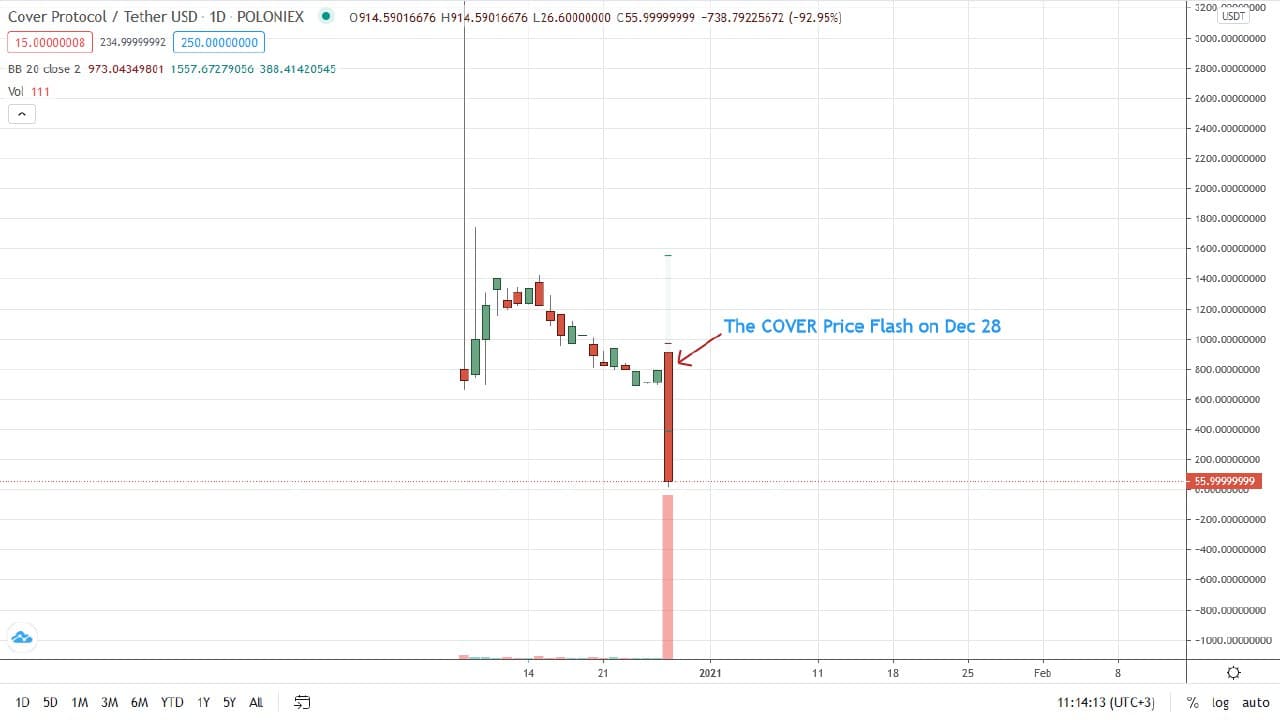 However, just like the day follows the night, there is hope for the Cover governance token, and that’s why it is one of the most potent investments out there.

If this is the case, the only way to gauge its near-time potential is to look at price charts.

According to trackers, the COVER governance token trades at $565.64 as of writing on Jan 6. This is roughly around $300 shy of Dec 28 prices, hours before the exploit.

Interestingly, accompanying the superb performance on the last trading day is the sharp increment in trading volumes. Trading volumes measure participation. In turn, participation gauges the number of traders interested in ramping up (or dumping) an asset.

Here’s how rapid COVER/USD prices have been rising since re-launch on Jan 5: 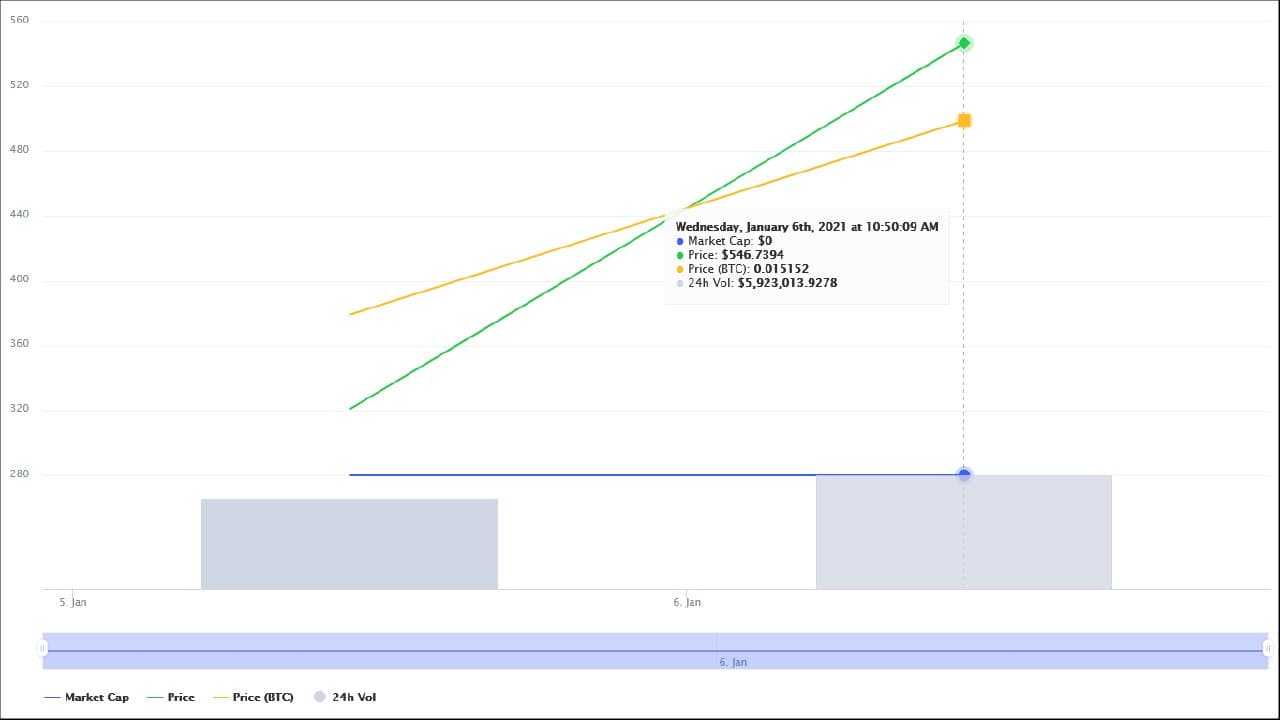 With anticipation from the investment community sensing an opportunity, waiting to seize opportunities to add to their longs, the COVER price is now up 34 percent against the USD.

At this pace, there is no discounting the real possibility of COVER prices not only soaring past $1k but rising to $20k in the next few months, perhaps even in Q1 2021.

Remember, there are only 70k COVER tokens. Binance has 13k, another 9K are locked the remainder are available for purchase by anyone, anywhere in the world looking to enter DeFi but need a way to insure against unexpected losses.

While many users were hurt by the Cover Protocol staking exploit, the bug will likely have made COVER tokens much more attractive as an investment asset. Those who can get in quickly before the wider market realizes the exploit was not connected with Cover Protocol’s product will likely see a large return on their investment. Zero inflation and a large percentage of the tokens now unavailable for sale reduce supply, but buying pressure is increased. Binance has effectively bought 20% of the COVER supply. Many will be keen to use the USDT they receive to buy back in, and we will likely see a COVER buying rush.

The project’s integration with Yearn will likely accelerate its reputation rehabilitation, as well as bringing in significant liquidity through the Yearn UI.

While nothing is ever certain in cryptocurrency markets, COVER tokens look set to be one of the best performers this quarter.

Will SIL Be Yearn Founder Andre Cronje’s Next Golden Project?