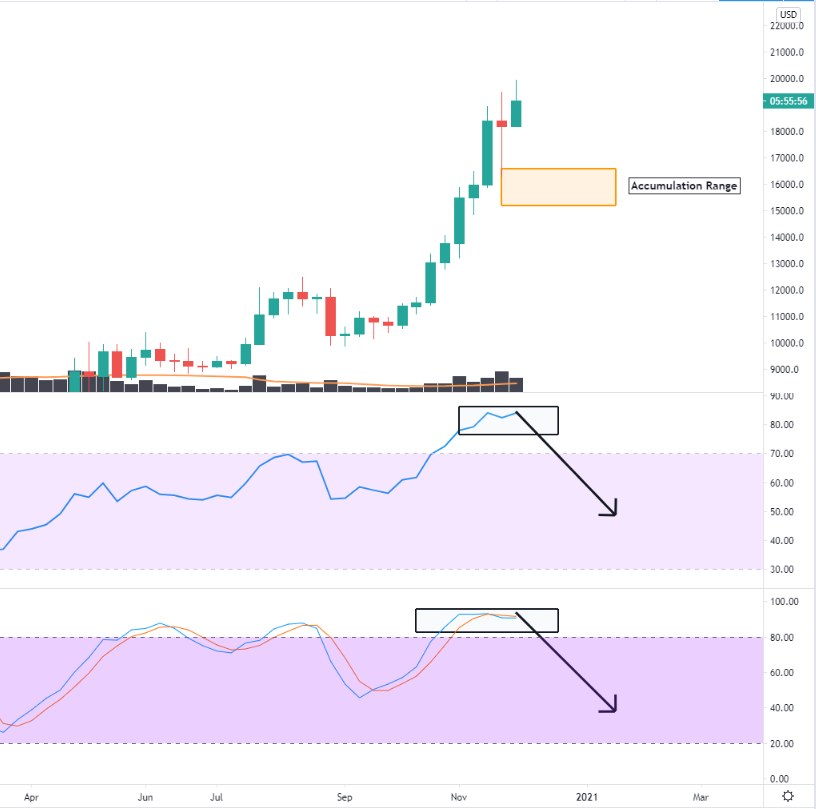 In the last few weeks, Bitcoin has made huge gains with strong upside movements, almost shooting from 12,000 USD to the new all-time-high at around the 20000 USD zone. Since the beginning of September 2020, Bitcoin’s value almost doubled, which surprised even some very bullish experts.  Such a rise in price is especially surprising when considering the massive corona dumpings seen in March this year. It is near to a miracle that Bitcoin recovered that strongly from these heavy breakdowns as normally the market follows up when such breakdowns happen with continuations.

As Bitcoin is heavily overbought on the weekly timeframe and also the Stochastics indicating a possible reversal incoming, this is an objection that should be discovered in more detail. When just approaching the weekly timeframe as a separate timeframe it shows that there are setbacks and corrections possible especially as Bitcoin has these indicators showing a strongly overbought market. This can move Bitcoin into visiting the accumulation zone. 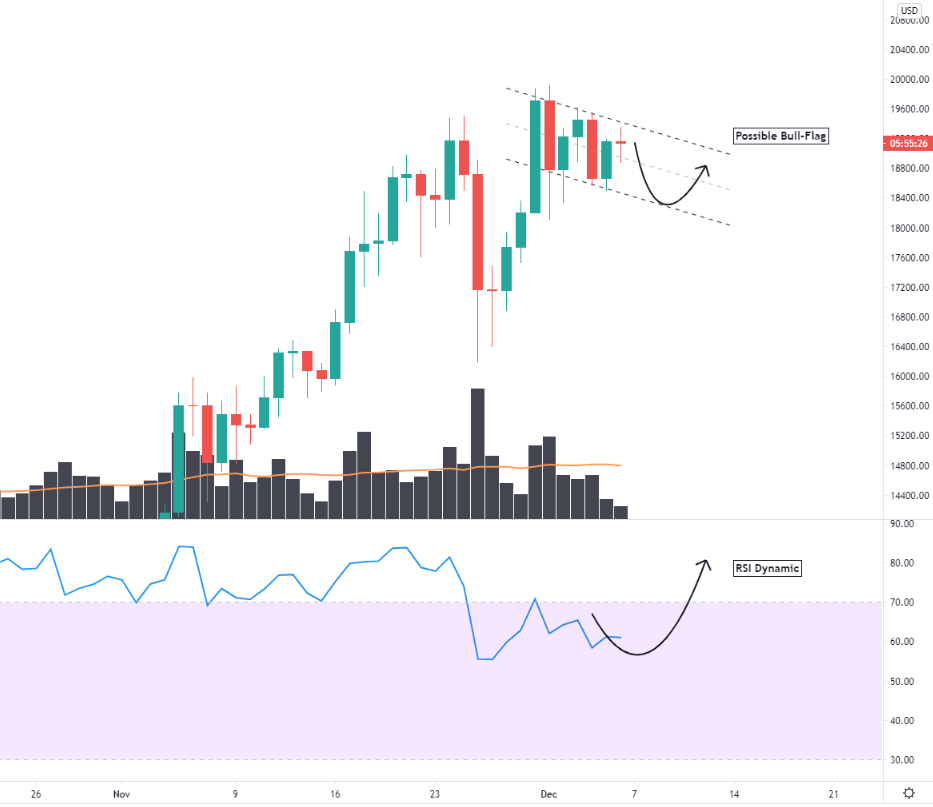 The Signs on the Daily BTC/USD Chart

It is true that Bitcoin ended up in a first bull trap after initiating the all-time-high which is usually is a bearish sign. However, in the daily timeframe, there are objections that can speak for the bullish side more than the temporary bearish side. On the daily timeframe, Bitcoin is building this consolidation which goes to the downside, yes but it is actually technically a possible bull flag.

For this bull flag to complete it is important for Bitcoin to hold the lower boundary and bounce from there to the upside. Attention! If Bitcoin moves below the lower boundary this will result in a fake bull flag and Bitcoin would firstly visit lower levels and move into the accumulation zones. This is why the development here is so important. 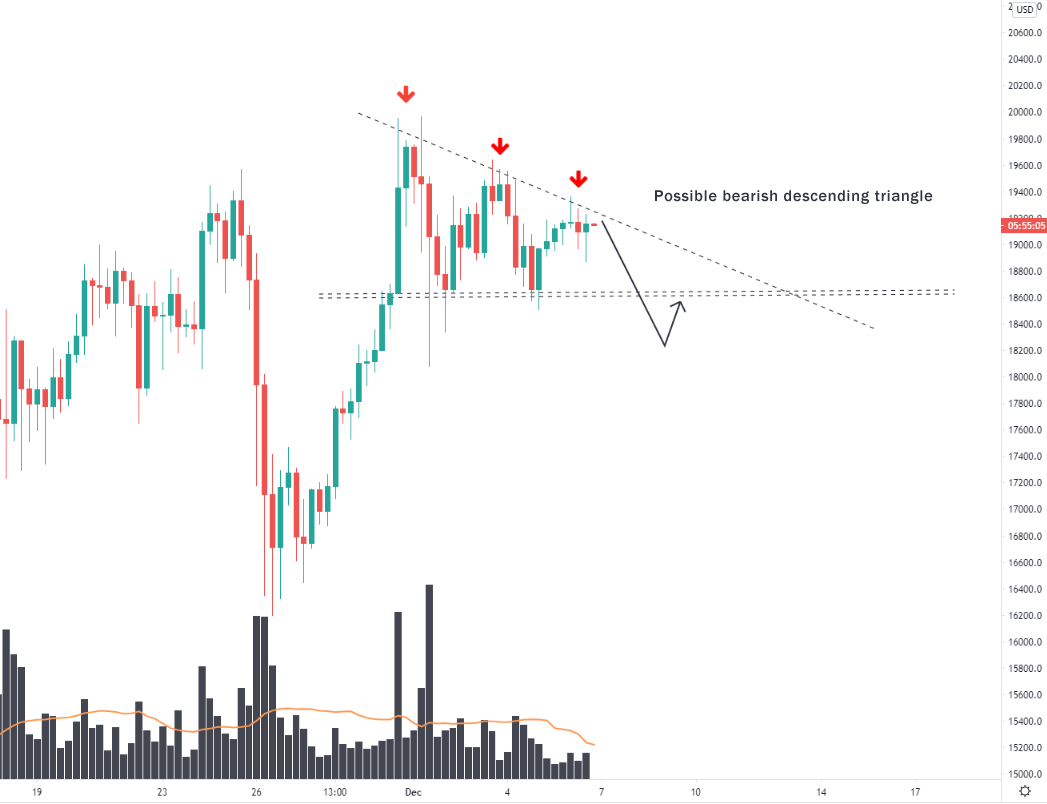 The Bearish Constellation on the 6-Hour Chart

As on the weekly and daily chart, there are possibilities for more downside, but Bitcoin has also good reversal and accumulation zones within there, now, when moving on the smaller timeframes.  On the 6-hour chart, Bitcoin is developing a pattern that has a more bearish pace and can, especially, in the short term show up with more bearish perspectives than the bullish one. This pattern is known as a bearish triangle. As Bitcoin makes lower highs the bulls get weakened, and this pattern can complete when Bitcoin makes a decisive lower low.

That’s why it is necessary to evaluate this formation in the short term – if it completes, this can be the source of a follow-up. Now with the combination, it is a matter of time when Bitcoin gets the right placements to confirm its further bullish potential.