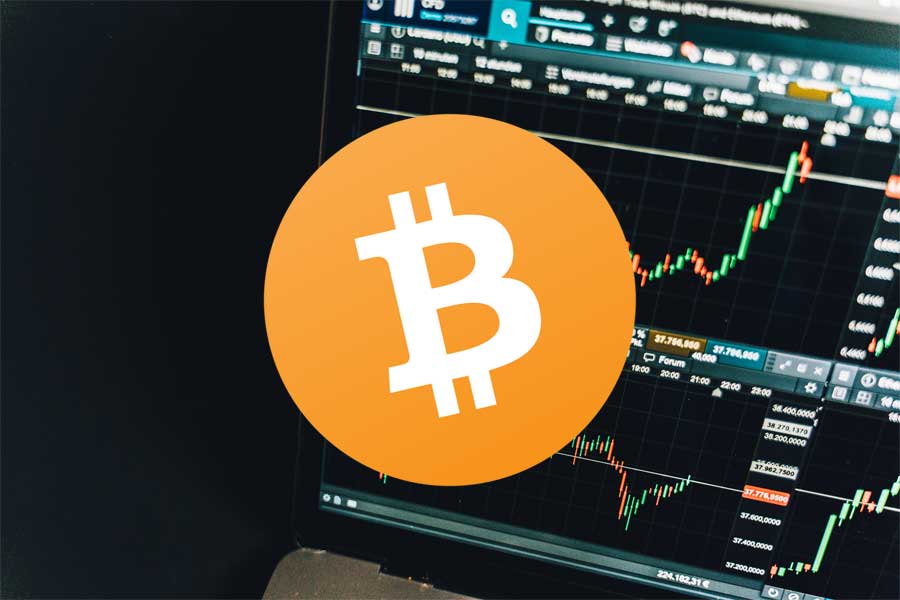 BTC surge from $3k of March 13, 2020, to $68.5k in H2 2021 was unprecedented and beyond all analysts’ expectations. Therefore, even at spot rates and prices in a boring range, BTC’s performance is decent by all means and highlights Bitcoin’s role in the global economy.

From the performance in the daily chart, there are fractures in price action. BTCUSDT prices remain in consolidation, printing higher highs relative to the upper BB and capped below $50k. 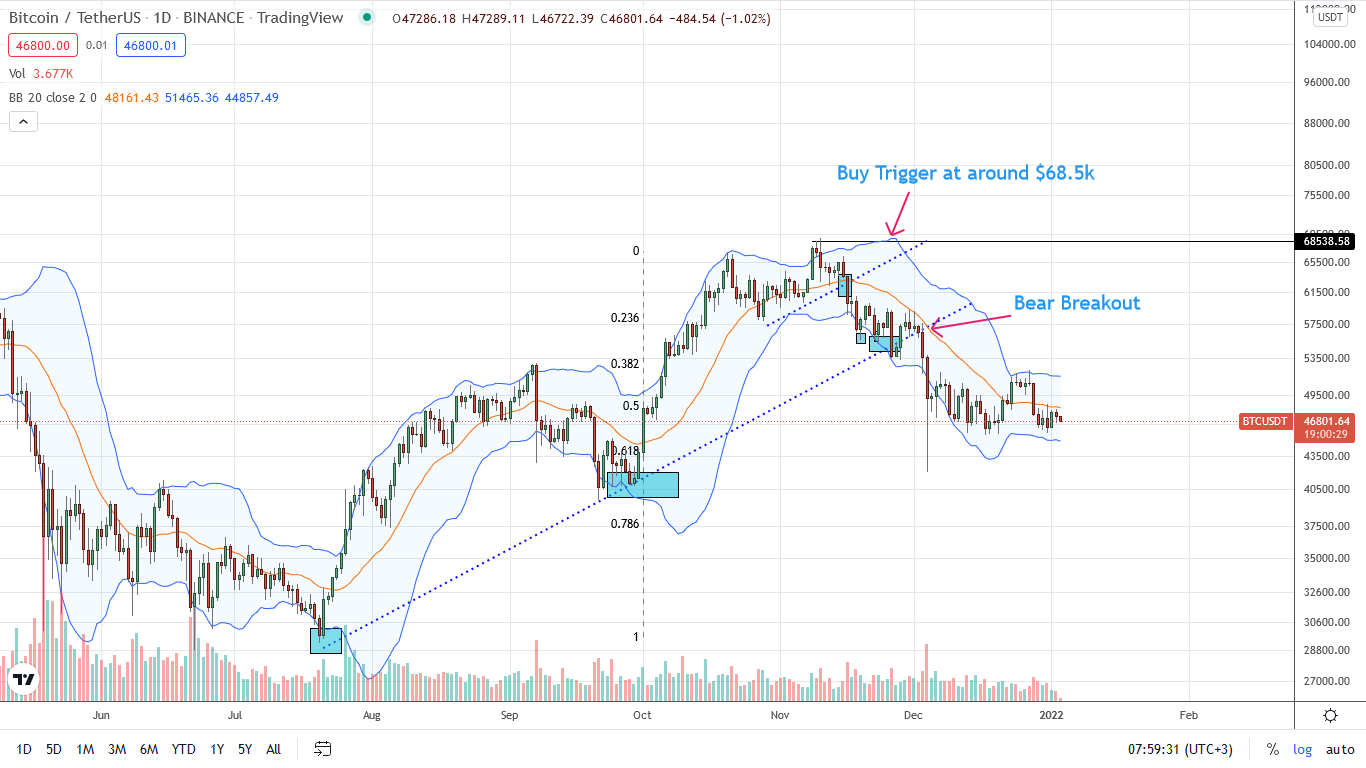 However, the failure of Bitcoin bulls to unwind the weakness of late December 2021 is bearish in the short term. Ideally, what’s required for Bitcoin’s mojo is a high volume thrust above $53k. This will cancel the selling pressure of the better part of Q4 2021.

Most importantly, this formation will invalidate the dreaded Head and Shoulder formation (H&S) in the daily chart. If not, the odds of BTCUSDT posting further dumps to below the neckline at $40k—a psychological round number—remain high. A turnaround of BTCUSDT to favor buyers of October 2021 would likely be the foundation for a wave back to $68.5k in a buy trend continuation pattern.

Notably, at spot rates, BTC prices have support at the 61.8 percent Fibonacci retracement level of the H2 2021 trade range. Even though the solid gains of October were reversed in November and December 2021, traders are hopeful. Still, from the BTC performance in the daily chart, bears have the upper hand since price action is still within the May 2021 trade range.

A big part of last year’s price surge is the participation from institutions. Following the approval of Bitcoin Futures ETF by the SEC, more institutions are getting exposure, a net positive.

According to Willy Woo, an on-chain analyst, more public companies are following the track set by MicroStrategy, directly investing in Bitcoin Spot ETFs listed on public bourses outside the U.S. At the same time, Bitcoin treasuries held by corporations continue to expand, indicating confidence in the digital asset.

MicroStrategy remains the largest corporate holder of Bitcoin, with over $5.8 billion worth of digital gold translating to around 0.5 percent of the total BTC fixed supply.

More companies are planning for direct BTC exposure through direct purchase or spot ETFs through vehicles approved by European or Canadian regulators.

The 145 percent rally of Bitcoin prices in 2021 ended calmly with the digital asset closing on a weaker foot reading from the daily performance in the daily chart.

twice is a coincidence ✅
three times is a pattern 🛑
Remember, blow off tops are followed by 80% drops. No mania in Q4 2021 is bullish for 2022.#bitcoin pic.twitter.com/IvNHn3v8hi

According to one analyst on Twitter, this is bullish for BTC in 2021. A similar pattern was observed in 2019 before the rallies in 2020.

The end of 2020 was the only exception when prices surged to $68.5k for new all-time highs. In 2017, partly because of the immaturity of the crypto market, BTCUSDT plunged over 75 percent to bottom-up at around $4k.

Thus, because of the end of last year’s cool-off, the probability of BTC following the trend of 2019 remains high. To the analyst, this is bullish for the digital asset.

Billionaires love Bitcoin, endorsing the digital asset and urging folks to include it on their portfolio.

BTCUSDT prices might be consolidating, but one analyst thinks there could be more upside. Before then, a prolonged period of “boringness” is expected.