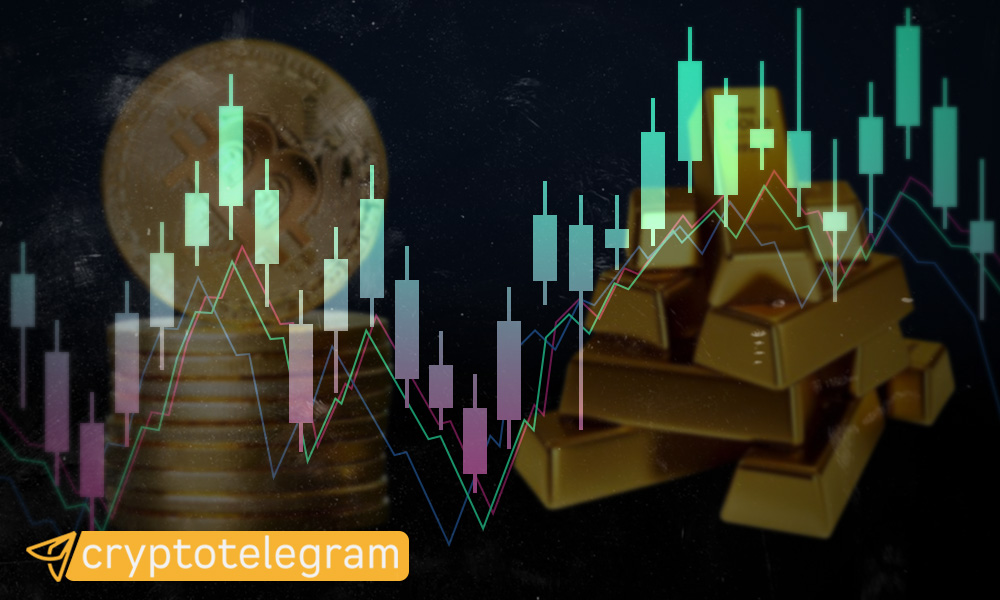 Bitcoin is the digitized version of gold, a substitute for the yellow metal for the digital nomads. The question is: Is there a correlation between BTC and gold for the discerning investor and savvy trader to tap from?

To better answer this, the best route to take is to understand the history of the two investments.

On the one hand, there is no doubt that gold can be traced back to years, centuries where it has even evolved to be a medium of exchange, chosen by kings and queens to be a store of value during periods of economic perils.

The twists and turns of fortunes make gold’s history a preferred tool for modern governments and funds to add to their arsenal.

Over the years, gold continues to find its place in the government’s vaults forming part of its foreign reserve and controlling FX.

At the same time, investors find the yield-free asset a tool to counter inflation usually in a dovish environment whenever central banks want to revive economic activity. To preserve value—even increase them, traders and investors tend to shift their capital to gold and reserve currencies like the greenback and the Yen.

On the other hand, Bitcoin is an emerging asset class. Understandably, there are doubting Thomases who think the digital asset is too volatile and isn’t an investment but rather a speculative asset. While they have a right to their opinion, Bitcoin should be saved some slack because it is relatively new compared to the stock market which is centuries younger than gold.

In 2009, when Bitcoin went live as “electronic money,” it was received jubilantly by supporters who needed a way out from the economic ravages of the Great Financial Crisis (GFC) of 2008-2009.

Initially, Satoshi created Bitcoin as an alternative to fiat currency that’s native to the internet and borderless.

However, Bitcoin’s limited supply and existence in a public ledger makes it auto auditable explaining why it is increasingly viewed as a store-of-value, a digital alternative to gold for “woke” investors. 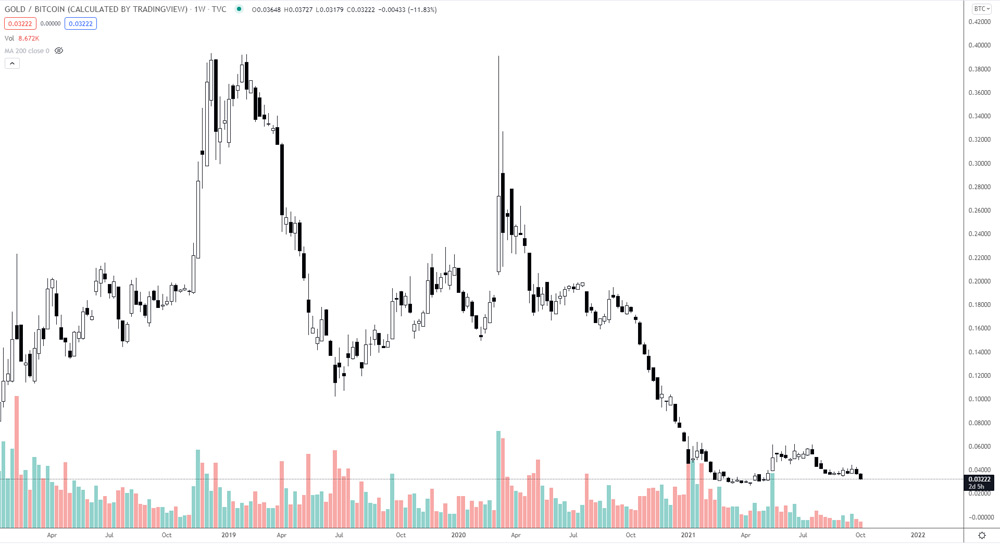 Can Traders Benefit from the Two Hedge Assets?

If this is the case, therefore, a trader could rightly ask themselves whether there could be an opportunity to profit if there is synchrony between the two assets.

Mostly, because of Bitcoin’s “newness,” there are traders who might mistakenly think that the digital gold and the yellow metal, that is, gold, are positively correlated. There is another thought of class who hold that Bitcoin is uncorrelated and, therefore, an asset that’s safe to track, even invest in as a hedge.

Of note, some of Bitcoin’s attractive features like high—but tapering—volatility, decentralized and secure rails, limited supply, and lack of centralized regulation, have seen the network receive hundreds of billions in investment over the years.

Rising as a fringe, periphery asset, Bitcoin is now a trillion-dollar platform enabling trustless, permissionless movement of value across borders without a third party.

This, while factoring in the meteoritic rise of Bitcoin prices specifically over the last few years, makes it a go-to digital asset with rising interest from institutions and high net worth investors.

Even so, while Bitcoin has myriad advantages—mostly logistic-wise—over gold, the yellow metal’s role in global finance shouldn’t be dismissed.

If anything, one of gold’s respected features is its low volatility. This could be due to its relatively deeper liquidity—of around $9 trillion versus gold’s meager $1.2 trillion—at the time of writing. The more liquid an asset is, the lower its volatility and thus the more attractive it is for savvy, risk-on investors.

Although properties may deviate, Bitcoin and gold have the same drivers.

As mentioned above, during periods of economic uncertainty, gold and Bitcoin prices tend to rise depending on the level of fear. If the investment community has strong reasons to believe that the economy could be in tatters, they would switch to protect-and-preserve mode, effectively moving their capital to trusted hedges of which gold, due to present and active regulations, remains a choice.

How the global economy responded to the limiting and disruption of the COVID-19 pandemic is an illustration of just how hedging assets can respond to uncertainty.

While gold’s prices were limited to the upside, only moving marginally, Bitcoin prices rose from around $10k to top $64k from late Q2 2020 to May 2021.

This was in response to inflation fears and central banks hitting the money printers in a desperate attempt to contain the ravages of the zoonotic virus.

However, despite Bitcoin’s disparate regulations, its price also rises in tandem though within more expansive margins due to its relatively low liquidity.

Unlike gold though, Bitcoin is more susceptible to manipulation since there are no centralized regulations guiding its trading. Instead, it has been observed that Bitcoin is mostly a retail phenomenon, twirling about depending on FOMO, FUD, and other sentimental-related metrics.

For instance, news of Elon Musk’s Square or the billionaire’s castigation of Bitcoin forced the coin to lower from around $50k to $30k in less than a week.

Therefore, from neutral ground, while Bitcoin and gold might be competitors as an inflationary hedge, the two assets might actually be complementary in a trader’s portfolio.

And this is where the question of correlation comes in.  It should be mentioned that correlation does shape and influences new approaches to trading.

And this is where it gets interesting. 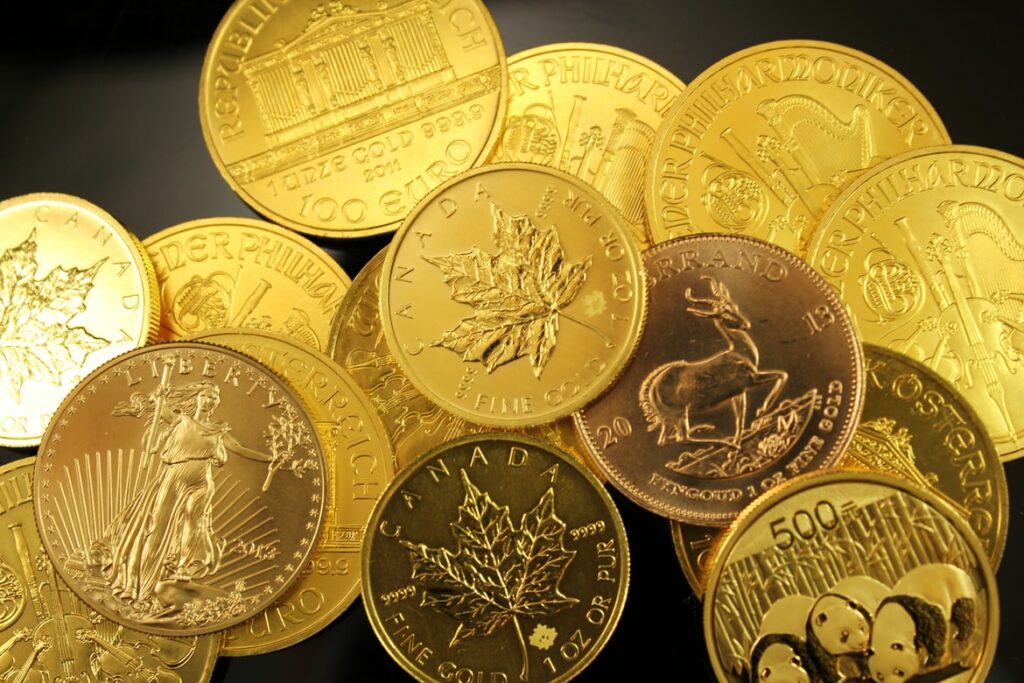 Is There a Correlation Between Bitcoin and Gold?

Bitcoin and gold may have the same drivers as aforementioned.

Even so, there was no discernible long-term correlation between the digital asset and gold, the stock market, or any of the top tier indexes between 2013 and 2019 data from VanEck shows.

Here’s why: during this study period, Bitcoin was more of a niche industry, held by few, driven by retail FOMO/FUD, and the industry out of reach from institutions due to lack of guiding laws.

Bitcoin has established itself more as a hedge, shield capital erosion for risk-off investors/traders, and therefore rising whenever the stock market is in tatters, retracing. The positive correlation could be because of last year’s expansion of tech stocks lifting the U.S. markets despite value/utility stocks taking a battering.

If anything, recent research by Goldman Sachs Head of Commodities, Jeff Currie, shows that Bitcoin may be more of a digital copper and less of digital gold citing the asset’s relatively high volatility comparable to copper.

In the second and third quarters of 2021, the downturn of Bitcoin prices and the stability of gold meant the development of a negative correlation. This could again flip positive if a crisis develops forcing capital back to inflation edges, forcing gold and Bitcoin higher.

What Does This Mean for Traders?

The twist and turns of gold-Bitcoin correlation are advising how traders execute their positions and portfolio diversification. Bitcoin’s volatility could be of use for a trader looking to diversify their portfolio while riding on Bitcoin’s lack of strong correlation with other markets.

Adding Bitcoin to a portfolio leaves the trader and investor with the possibility of striking higher yields. On the other hand, an investor might seek to cushion themselves against market risks in the stock or bond markets using the more stable and “safe” gold.

In either case, a clear correlation between gold and Bitcoin will be developed over time when the economy is flourishing and when there are downturns. This would provide necessary data to advise action taken by traders, regardless of their styles.

Maybe you’d like to read our Bitcoin – DXY correlation article.

Is Illuvium a Good Investment?