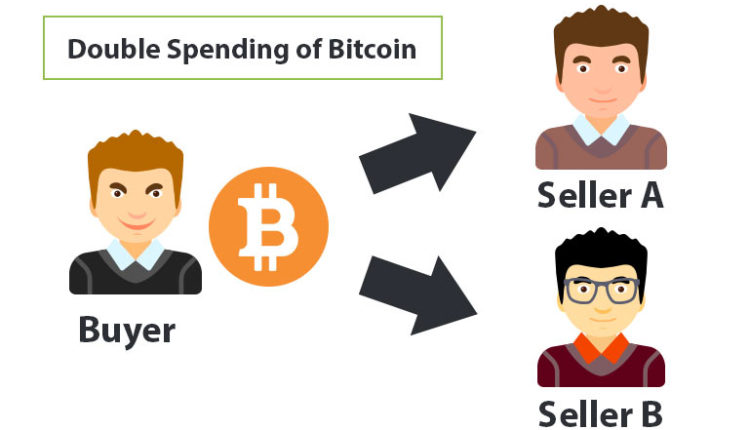 The market has seen a significant drop in bitcoin with a record 11% seen on Thursday. This came as a shock to people because of the rise and stability seen in the coin value this last few months.

From reports passed around, there are few reasons which result in the plugging of bitcoin.

The first is on the comment made by Janet Yelling, nominee for treasury secretary proposed in her confirmation swear-in on how lawmakers should handle bitcoin.

She said, ‘’lawmakers ‘curtail’ the use of bitcoin’’ due to its mishandling and abuse.

Secondly, a rumored port of BitMEX Research on Wednesday hints at the occurrence of a critical flaw called double-spend in the bitcoin blockchain.

This occurrence leads to questions which doubt the viability of cryptocurrency. Facts show that since it is a decentralized network, the problem of this nature should not happen; the number of trades done on this network calls for transparency.

This term is used to identify a problem in the flow of cash in digital currency. It is when a tender makes use of a token in two transactions.

For illustration, imagine someone bought a product, paid the seller, and after going home collected the money back from the seller.

A problem, rectified by Satoshi Nakamoto in 2009–Publishing a bitcoin white paper to prevent this problem from happening. It is a feared scenario that can occur with digital assets.

After the publication, attempts to create a digital cash system stooped. This was because they discovered vulnerabilities that will remove the trust of people in this system.

Double-spending ensues because digital currency is reproducible. Fraudulent people can clone or perform multiple transactions with a single token.

This problem is unique to digital currencies and can be a serious problem if it occurs or is prevalent in transactions.

This trade blog reported on the possibilities of double-spending transactions happening in bitcoin. They tweeted (BitMEX) ‘’ it appears as if a small double spend of around 0.00062063 BTC ($21) was detected’’.

BitMEX also added that the transaction detected was an RBF transaction: it is when an unrecognized bitcoin transaction replaced one with a lower transaction fee. However, their Fork Monitor said, ‘’no RBF fee bumps have been detected.

However, sources from different platforms have commented on these issues. Many are sure it did not happen, putting the recent dip of bitcoin on a different issue.

Different market research advocates have tweeted and made comments on opinions released on the matter.

The Misinterpretation of Double-Spending

Nic Carter, co-founder of Coin Metric–a data firm–said, ‘’in this case, it does not look like a merchant was defrauded. Explaining further ‘’this doesn’t look sinister to me. My best guess is this is experimentation or a software bug’’.

This was his view on the issues, debunking the rumors about a double-spend occurring.

Another advocate Jason Lau, COO of OKCoin when speaking with CoinDesk said, ‘’the bitcoin ‘’double-spend’’ media headline has certainly spooked investors, but it’s a misunderstanding of how the bitcoin network operates.

‘’In this case, a chain re-organization of one block occurred, which is a fairly common occurrence’’, he added.

He based his opinion on the fact that were no new coin supplied to BTC but a typical split which showed on a blockchain platform–coins from the same wallets registered to two blocks.

He pinned on the fact of it not been a ‘’double-spend’’ because when the split happened, only one block – documented on Bitcoin’s longest blockchain history – was valid and recognized by the network, while the other was not valid.

Because of this, the white paper preventive measures placed by Satoshi involves a minimum of six confirmation for a transaction to be valid and declared final.

It shows the misinterpreted rumors were not true but happened because of the reorganization of blockchain blocks caused by RBF.

What Happened and the Aftermath?

The case reported was of an RBF (replace by fee transaction) transaction. It happened because the initial transfer fee was low and took time before confirming the payments. So the tender instead made use of an RBF.

But the payment cleared first and went to history’s longest mined blockchain block, while the RBF payment went to a stale block.

Logically, double-spend occurred since two transactions of a single token occurred with one not recognized by the network.

Ben Carman, Bitcoin Core Contributor, and Developer at Suredbits told CoinDesk that  “it’s kinda a double-spend but not really.”

Normally a double-spend refers to when you intentionally replace a transaction that sends money to someone with one that sends it to your own wallet’’.

Data Analyst of Coin Metric Network Lucas Nuzzi tweeted ‘’the important to know is that yes, there might be different versions of the same transaction, but only [one] will ultimately be accepted’’.

10 The chain was split for 1 block (again, normal), but ultimately the miner on the branch with the low fee transaction ended up winning.

The important thing to know is that, yes, there might be different versions of the same transaction, but ONLY 1 will ultimately be accepted.

In technical terms, He also stated that apart from this being commonplace in blockchain transactions, Satoshi Nakamoto predicted this could happen and has provided the white paper measurements.

This means a recipient received an unsuccessful transaction. Because of this, merchants are told to wait for the six confirmations that show that the transaction was a success and the sender is not a fraudulent person.

However, this report is false with proves from experts that support this claim provided. The news brought fears to investors, and people were asking what it foretells about the future of cryptocurrency.

Nic Carter also clarifies this issue stating that this rumor is not correct, and investors should not be frightened.

He also stated that apart from this being commonplace in blockchain transactions, Satoshi Nakamoto predicted this could happen and has provided the white paper measurements.

US Third Stimulus Check: Effects and Benefits on Cryptocurrency