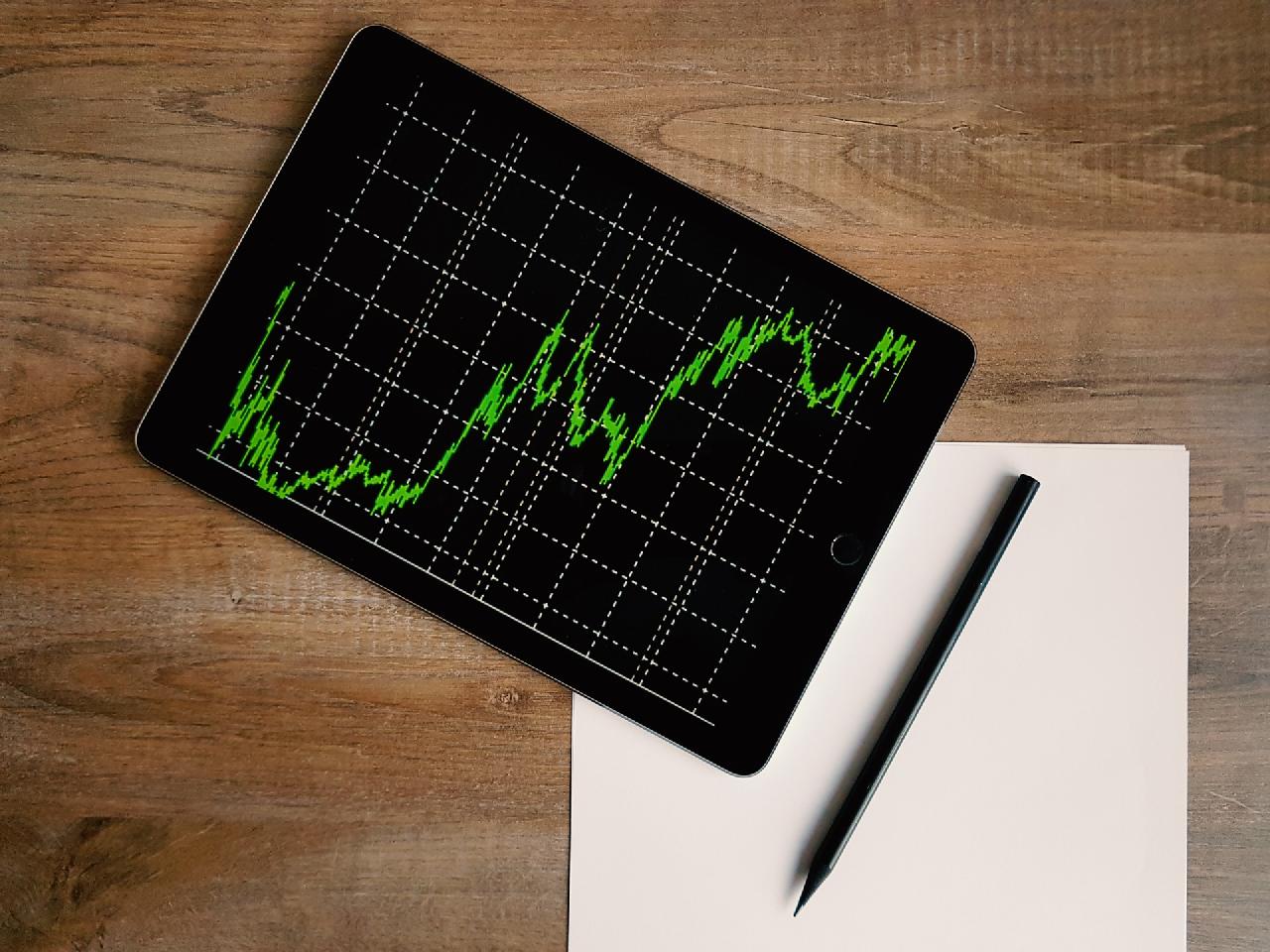 During the first week of October, bitcoin’s value increased by approximately $7000, and Ethereum has risen by more than 10% while the number of decentralized finance (DeFi) tokens have risen by greater than 15%. Furthermore, the total value locked in DeFi has increased to $195 billion, increasing more than 14% over the previous two weeks.

During the past week, several crypto assets have seen large increases, suggesting that investors are becoming increasingly optimistic about cryptocurrencies. Cryptocurrencies of all types saw gains this week, with DeFi coins and smart contract tokens among them. Weekly statistics show that crypto-tokens such as QTUM shot up 42%, Terra (LUNA) increased 37%, Binance coin (BNB) rose by 23%, and Solana (SOL) advanced 22%.

Tokens with double-digit gains over the last seven days include Arweave (AR), DYDX, Hedera (HBAR), and Vechain (VET). The two huge winners this week, on the other hand, include Axie infinity (AXS) up 119.8% and Shiba Inu (SHIB) up 92.3%. Meanwhile, the overall amount frozen in DeFi protocols is now about $195 billion, up over 14% since September 18.

The DeFi protocol Curve has the greatest share of the TVL currently, with a dominance of 7.52%. The Curve protocol currently has $14.71 billion worth of TVL, followed by Aave’s $14.65 billion. Only three blockchains can interact with Aave, but five chains are compatible with Curve. 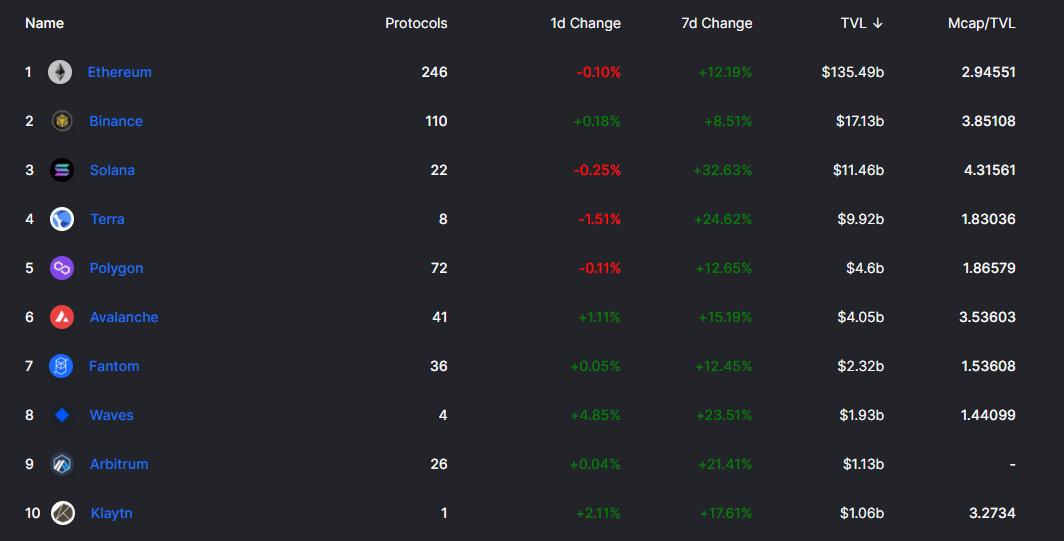 Top 10 DeFi blockchains in terms of total value locked on October 5, 2021, according to defillama.com

In terms of blockchains, Ethereum (ETH) still has the most money, holding $135.05 billion worth of TVL today, or 69.2% of the entire DeFi total value locked. Binance Smart Chain (BSC) ranks second with $17.13 billion in assets frozen, followed by Solana with $11.46 billion in assets frozen. The TVL of the BSC protocol is just 12.59% of the overall total value locked on the Ethereum blockchain.

Why Are We Seeing a Rise in DeFi?

The advantages of Decentralized exchanges are well-known, making them much more appealing than traditional exchanges. Simultaneously, the rise in popularity of staking, lending, and receiving fixed interest through Decentralized finance platforms has been growing. This is due to the fact that these features allow for passive income generation and allow users to sell some tokens and utilize the proceeds. The number of people using decentralized exchanges as a result of the difficulties associated with traditional ones has been increasing.

Given the fact that a number of decentralized exchanges have been in development for a while now, the potential user base is increasing by leaps and bounds. The increase in demand for DeFi is evident by the rising number of exchanges that have entered the market recently, as well as attracting more users.  For instance, the 0x protocol saw its daily decentralized transactions increase by over 60% in just three months. Additionally, the number of ‘DeFi’ loans issued through the Dharma protocol increased by approximately 50% last week.

How Much Further Can DeFi Go?

The overall value held in DeFi protocols increased by over 14% since September 18, climbing from $178 billion to $195 billion today. The increase in demand for decentralized finance could see this number continue to rise, as the benefits of using DeFi are becoming more apparent.