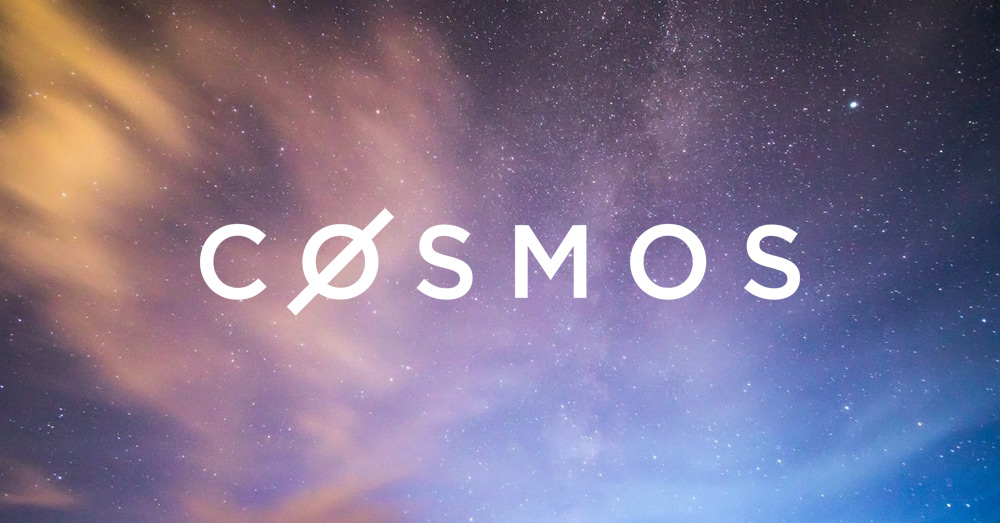 The Cosmos price is grinding higher at the back of supportive fundamentals.

As of writing on Feb 16, the ATOM price is up 44 percent on the last day and nearly doubling in the past week, adding an impressive 73 percent.

Overly, the coin’s performance depends on Inter-Blockchain Communication (IBC) reception. The hub is the core of Cosmos, giving the interoperable blockchain an edge over competing protocols like Polkadot.

Meanwhile, the expansion of prices is with high trading volumes. The 97 percent increase in the average trading volumes to $2.6 billion suggests buyers positioning themselves in lower time frames.

The result is building on yesterday’s bull bar that reversed the weekend’s losses.

Year-to-date, the Cosmos price has rallied 4.8X. Accordingly, the path of least resistance is northwards. The coin is one of the top performers, lifting the crypto tide and following Bitcoin’s cue.

At spot rates, the Cosmos (ATOM) price is at a near all-time high of $25. However, given the underlying momentum, the odds of even more gains as we advance are magnified. It also means buyers are in control. As such, every dip is, technically, a loading opportunity for aggressive traders.

From candlestick arrangements in the daily chart, the buy trigger line for risk-averse traders is $25. Still, it depends on the breakout intensity and the level of trading volumes. Above-average surges will lift the Cosmos price to new 2021 highs.

On the lower end, Feb 15 lows at $15, and the middle BB are immediate support. A sharp shift in direction, pushing the ATOM/USD price below these markers, pours cold water on Cosmos bulls’ prospects, subsequently dampening traders’ expectations. Losses below $15 open the ATOM price to $10 in a retest.

The Cosmos blockchain is an interoperable protocol aiming to create an “internet of blockchains.” Each is independent. However, through the Cosmos Hub, they can seamlessly communicate while remaining decentralized. ATOM is the native currency and is useful in staking.

The IBC, the centerpiece of Cosmos, enabling inter-chain communication, is on Feb 18 via the Stargate Upgrade. It launches after two years of development:

You've got an amazing opportunity right now to switch these funds over to $ATOM. In one week IBC will launch which will make all Cosmos blockchains interlopability possible. Look at this chart to see how valuable this is. pic.twitter.com/gMszFQRI09

Ahead of this launch and therefore full functionality, Binance now enables ATOM staking. Overly, the number of Cosmos validators has nearly doubled ahead of IBC.

1/ Cosmostation @Cosmos validator node nearly doubled in # of delegators over the past few weeks. Lots of excitement brewing in anticipation of IBC launch!

If you're new to the $ATOM ecosystem, we're here to help you through the journey – buckle up, Stationers!🛰️

Supporters of the project are optimistic, expecting the Cosmos ecosystem to increase considering developments in the next few days. 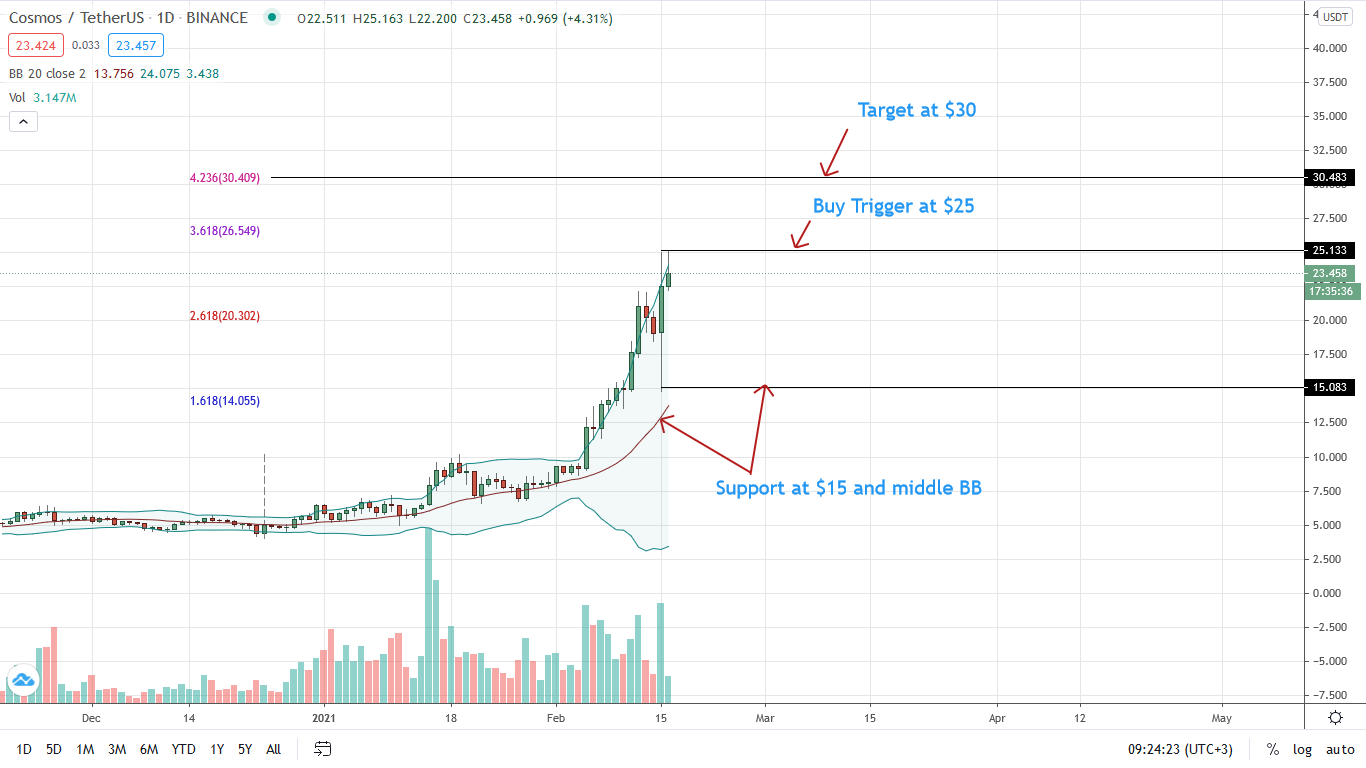 The Cosmos price is trading within a bullish breakout pattern.

Since participation is high—average daily trading volumes are up 97 percent, it explains the increased momentum in lower time frames. As a result, bull bars are banding along the upper BB. This suggests demand, a foundation that may see the ATOM/USD price surge above $25.

From the candlestick arrangement in the daily chart, every low may provide an opportunity for aggressive traders. A break above $25 with high trading volumes may see the ATOM price surge to $30. This level flashes with the 4.618 Fibonacci extension level of the December 2020 to January 2021 trade range.