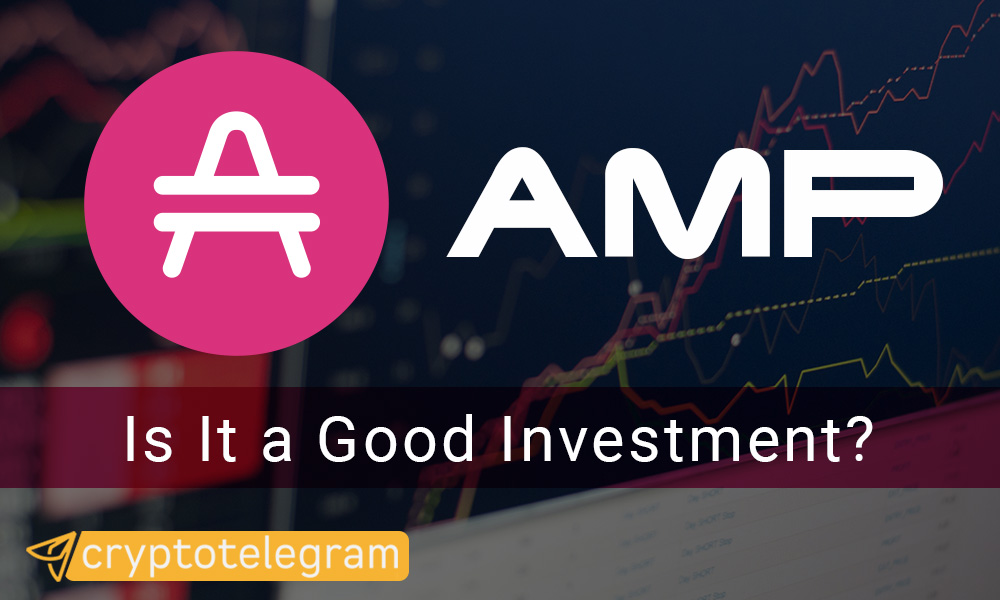 If you believe that cryptocurrencies are moving in the direction of the payments use case, then you may be interested in the AMP token. Amp, which was formerly known as Flexacoin, is the digital collateral token and staking platform of the Flexa network, whose mission is to bring cryptocurrency payments to the mainstream. More and more crypto investors want to know if Amp is a good investment, so we’re going to try to provide an answer in this article.

Amp, an Ethereum-based token, serves as collateral for both digital and physical assets on Flexa. In doing so, it paves the way for instant transactions across more than two dozen cryptocurrencies. Amp was created by developers at Flexa and blockchain software firm ConsenSys, the latter of which is led by Ethereum co-founder Joseph Lubin.

What Is the Flexa Network?

To fully understand Amp’s role in the cryptocurrency ecosystem and determine if Amp is a good investment, it is necessary to have a grasp on Flexa.

Flexa is defined as a “merchant payment network designed to enable universal acceptance of digital assets,” according to the project’s whitepaper. Users with a Flexa-powered wallet can use their cryptocurrencies for payments at merchants — including brick-and-mortar locations and online — across the United States and Canada.

It is through Amp being used as collateral that Flexa can “secure payment authorizations while the underlying asset remains unconfirmed, and approve merchant transactions in close to real-time.” By design, Amp’s role is to “decentralize the risk in a payment transaction.” As a result, payment transactions on Flexa are deemed secure. Users describe Amp as transaction insurance. That’s because if a transaction on the Flexa network using bitcoin or Ether fails as a result of lengthy transaction times, for instance, Amp steps in to offset those losses.

The Amp community is incentivized to stake their tokens to Flexa-powered wallets via smart contracts to support cryptocurrency payments. In exchange, stakers earn a reward that comes from the fee that Flexa charges to businesses on its platform. The staking feature thrusts Flexa into the world of decentralized finance, (DeFi), where there is USD 1.19 billion in total value locked (TVL) on Flexa at last check.

One of the drawbacks of cryptocurrency payments has been the time that transactions take to be completed at the point of sale. Transactions on the Bitcoin network, for example, could take 10 minutes to complete, which is too long to expect anyone to wait when they are paying for a cup of coffee.

Flexa allows for the instant authorization of payments for goods and services. Platforms such as Gemini Pay and SPEDN rely on the Flexa network to allow users to pay for transactions using bitcoin, Dogecoin, or other cryptocurrencies at retailers such as GameStop and Nordstrom, to name a couple. Users can spend by downloading a Flexa-supported wallet on iOS or Android and can stake AMP by connecting their wallet (MetaMask, Coinbase Wallet, etc.) to the Flexa decentralized app (dApp).

Amp’s market cap crossed over into the billions threshold in May 2021. The coin peaked in June of the same year when its market cap skyrocketed to USD 4.6 billion. The Amp price has peaked at a high of USD 0.1211, reached on June 16, 2021.

Like most altcoins, however, Amp has been caught up in trading with the momentum of the broader cryptocurrency markets. As a result, when the market was experiencing a downturn led by bitcoin, its price was slashed more than in half to 0.05044 in July 2021.

The AMP token has a lot going for it, particularly with its role in the DeFi space. Now that cryptocurrency investors can earn income through staking, which is something that Visa and Mastercard can’t promise, there is likely no turning back. And Amp is positioned to benefit from this trend. Plus as more and more merchants integrate payments capabilities with Flexa, Amp’s use case gets stronger. The stronger the use case for the Amp token, the greater the potential for price gains in the future.

There are some bullish price forecasts out there for the Amp token, including for the short and long term, which should help investors to determine if Amp is a good investment. The Amp token has already attained a new all-time high in June 2021, though it has been a volatile year. Amp has several tailwinds at its back, however, including the continued rise of the DeFi market.

With these catalysts ahead, Amp investors have reason to be bullish about the short and long-term performance of this cryptocurrency. Among the AMP price forecasts are the outlook from Coinskid.com. Their forecast system predicts that the Amp price has more runway for gains this year with the following predictions: USD 0.0644 by the end of August 2021

DigitalCoinPrice.com has a bullish outlook on the Amp price for the short and long term. For 2021, they believe the price could finish at USD 0.90, which is in step with other predictions. For 2022, they see the price rising to USD 0.108 before more than doubling in the year 2026 to USD 0.22. Their peak prediction is for the year 2028 when they see the Amp price rising to USD 0.275.

Is AMP a Good Investment?

Amp is an ERC-20 compliant token that is built on the widely used Ethereum network. As a result, you can transact in AMP using any ERC-20 compatible wallet and paying gas fees in Ether. Similar to bitcoin, there is a limited supply of Amp tokens, making the cryptocurrency deflationary in nature, which is a positive.  The Amp supply is capped at 92,547,638,199 tokens.

The case for Amp is two-pronged: payments and DeFi. If you are bullish on either of those themes, then Amp could be a good investment for you. The Amp team is moving along with their roadmap and in addition to decentralized payments has an eye toward making Amp, which is an open-source technology, accessible for lending, remittances, and more.

Plus, with major e-commerce players such as Amazon.com exploring the addition of cryptocurrencies for payment, coins like Amp could potentially benefit. Amazon has yet to officially commit to accepting cryptocurrencies as a payment method or reveal which coins it might support.

Considering that payments and DeFi are two of the hottest themes in crypto, in addition to the bullish price forecasts, Amp qualifies as a good investment. It is also important to note that cryptocurrencies can be volatile assets and there is no guarantee for future profits.

Does AMP trade on Coinbase?

In order for Amp to be a good investment, it has to be accessible. If you are looking to trade Amp coin, you shouldn’t have any trouble finding liquidity. That is because Amp is listed on major cryptocurrency exchanges, including Coinbase.

Fortunately,  Amp has been growing in popularity on this leading platform. As of July 2021, Amp was ranked as the No. 9 most held cryptocurrency on crypto exchange Coinbase.

You can also find Amp on U.S.-based Gemini exchange, which is run by Tyler and Cameron Winklevoss, as well as decentralized exchange Uniswap and Sushiswap, among others. Most of Amp’s trading volume tends to take place on Coinbase, though it is traded on roughly two dozen exchanges.

For an anecdotal take, Reddit members are betting that the Amp price will not only reach USD 0.10 but it will go further. To make that a reality, investors are looking for other major crypto exchanges to step up and add support for the token.

Reddit members point out the fact that the project is still in its infancy, as the AMP token hasn’t been trading for very long after making its debut in 2020. Plus the mainstream is just starting to gain an understanding of digital assets in general. A survey in which more than 300 Redditors participated had the following results:

Investors also want to know, ‘Will Amp reach USD 10?’ It is a lot to expect of a cryptocurrency that is trading for pennies. At the same time, however, Amp is involved in some of the hottest trends in crypto — DeFi and payments.

For investors who are in it for the long haul, and who are willing to show some patience, cryptocurrencies have proven time and time again not to underestimate their potential for moon. Look for Flexa to gain more traction in reaching wide-scale adoption and the Amp price is sure to follow.

Are Amp and Flexa the same thing?

Amazon has yet to commit to supporting cryptocurrency payments for its millions of sellers. Nonetheless, the rumors suggest that the e-commerce giant is headed in that direction. If it takes the crypto plunge, the expectation among some is that Amp is the logical choice.

Despite the crypto market volatility, Amp has already proven to be a good bet for many people and seems to have all the makings of a good investment.

Is The Graph (GRT) a Good Investment?

Gerelyn is a financial journalist who first came across Bitcoin in mid-2017 when the market was gearing up for its massive bull cycle. She has been writing about cryptocurrencies and the blockchain space ever since. Prior to crypto, she covered investment banking and institutional investing for several major Wall Street publications. Gerelyn resides in Verona, N.J., just outside of Manhattan.